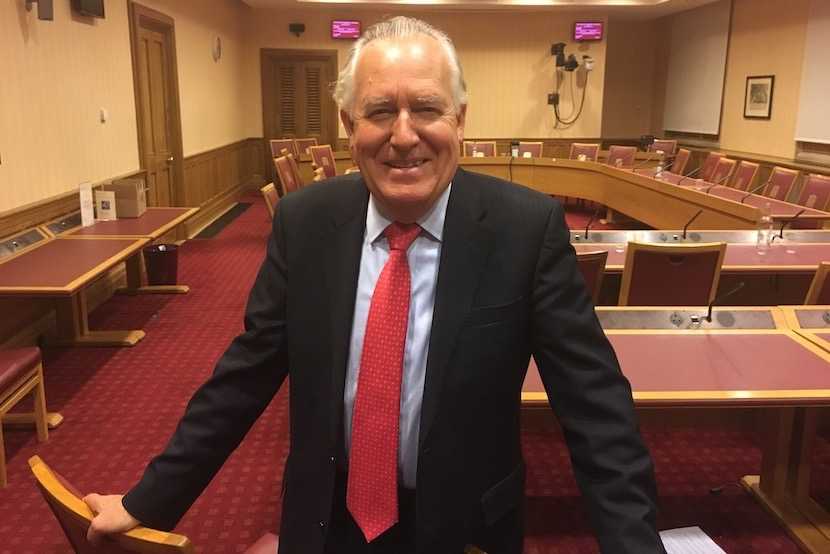 An article recently published in The Guardian discusses the allegations against HSBC for covering up the money laundering exploits of the Guptas. Some 92 HSBC accounts in Hong Kong, which received $4.2bn in payments, have been identified. South African anti-apartheid activist Lord Peter Hain has been arguing that institutions across the globe have been enabling widespread corruption since 2017. In this extract from his new memoir, A Pretoria Boy: The Story of South Africa’s ‘Public Enemy Number One’’, he gives insight into his powerful story of fighting modern-day corruption and state capture. – Claire Badenhorst

During a visit to Johannesburg teaching in August 2017, I was asked by Pravin Gordhan and other senior ANC colleagues to expose the international complicity of British-based global corporates in the looting and money laundering under President Zuma and the Gupta brothers.

I had a well-informed source deep inside the South African state and, using an encrypted channel of communication, received drafts of speeches for use under parliamentary privilege (protecting me from any malevolent legal injunctions) in the House of Lords.  The content was explosive.

HSBC, Standard Chartered and Bank of Baroda accounts in Dubai and Hong Kong had been used by the Gupta network to launder the proceeds of their illicit gains from South Africa. Because these banks were also London-based, they came under UK jurisdiction and I asked the UK Serious Fraud Office and the Financial Conduct Authority to investigate their complicity, naming the 27 members of President Zuma’s family and the Gupta Brothers and their associates and listing their identity numbers which my source had also supplied.

Further information was subsequently given to me by a whistle-blower within the Johannesburg wing of HSBC, and on 31 October 2017, I hand-delivered to the Chancellor of the Exchequer (Britain’s Finance Minister) HSBC print-outs of transactions and asked that these be investigated.

They detailed Gupta-linked money transfers from their South African bank accounts held with HSBC to its accounts in Dubai and Hong Kong. The print-outs showed the account numbers used. In an accompanying letter to the Chancellor, I wrote: ‘The latter illicit transactions were flagged internally by the HSBC FIC department as suspicious. But I am informed that they were told by HSBC UK to ignore it. That is a major breach of FCA [Financial Conduct Authority] practice and is an incitement to money laundering which has self-evidently occurred in this case, and also been sanctioned by HSBC, as part of the flagrant robbery of South African taxpayers of many millions. Each originating transaction would start with one bank account and then be split into a number of accounts a couple of times to disguise the origin. Can you please ensure that such evident money laundering and illegality is not tolerated and that HSBC is investigated for possible criminality?’

In my speech in the Lords the next day, 1 November 2017, I explained the background for a UK and international audience. Corruption within, and money laundering from a monopoly capital elite around the president’s family in South Africa and their close associates, the Gupta brothers had demonstrated that winning the war against financial crime required coordination, influence, action and accountability between multi-jurisdictional law-enforcement agencies.

This was classic money laundering, transforming illicit money through Gupta shell companies into ostensibly legitimate assets, some of it banked with the State Bank of India.

Why on earth did Standard Chartered and HSBC open accounts for shell entities registered in free-trade zones such as Rasal-Khaimah in the UAE, whose primary attraction is as a highly secretive offshore Jurisdiction?

Shell companies, by virtue of their ownership anonymity, are generally classic vehicles for money laundering and other illicit financial activity, moving funds from one part of the world to another to facilitate mafia crime, terrorist activity and ‘Zupta’-type looting.

My speech led to a front-page report in the Financial Times linking my initiating the UK investigation into HSBC with a probe into the bank’s US division for money laundering in Mexico. The New York Times and The Wall Street Journal followed up, and The Economist ran a major feature splashed over its front cover.

Once confined to Johannesburg, the story went global and the corporates involved found themselves in an uncomfortable spotlight in New York and London. Their global bosses did not like that one little bit, and soon beat a path to my office in the Lords, pleading forgiveness, some flying into London from New York to join their UK counterparts, and reporting that they had sacked their top South African managers.

Over the following few months, I gave more speeches with more details, including the complicity of other multinational companies, like McKinsey, SAP, Bain & Co, and KPMG, together with the law firm Hogan Lovells, in facilitating the Guptas’ financial-crime activity.

But the sheer chutzpah of the global banks continues to astonish. HSBC remains mired in international scandals, as BizNews has recently reported. They each have access to customer data and transaction data for all accounts they open and transfers they facilitate.  They have regulatory and moral responsibilities to recognise and stop illegal money flows which leave a digital footprint. But HSBC and Standard Chartered continuously cited ‘client confidentiality’ in refusing to cooperate fully when I specifically asked them to trace and track the money laundered by the Guptas under the Zuma administration.

That is simply unacceptable. Surely ‘client confidentiality’ should be for honest citizens, not a shield for criminals? It is high time global banks took full responsibility for monitoring transactions and ensuring that adequate compliance policies and procedures are properly implemented to prevent money launderers from disguising and disseminating their illegal profits.