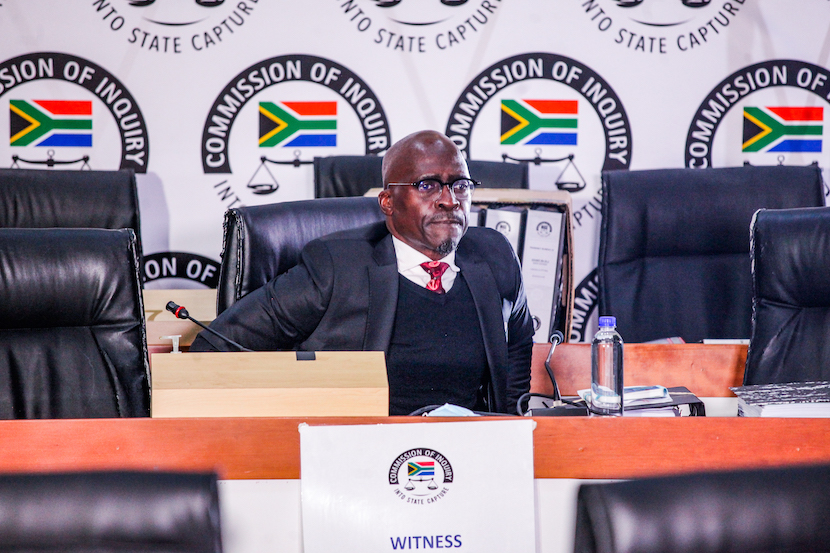 Pardon me Pres, is this the Gupta-noodle choo-choo? For me, that bit of ostensible gibberish sums up the scary scale of Transnet looting via Zuma’s wily machinations, beyond comprehension to all but the mafia. As the Gupta brothers ‘engaged’ with the jovial former ANC intelligence chief – with his famously long-standing predilection for money and women – you can almost hear them rubbing their hands and asking the question upon noticing the gravy train potential. And so it came to pass; R41bn worth of ill-gotten business gains exposed by the Zondo Commission. Comparison with the mafia doesn’t even cut it, with Zondo politely describing the Gupta presence in SA as “a racketeering enterprise”.  The ANC has its work cut out, distancing itself from this woeful, debilitating decade, especially with so few of those involved facing charges and the Facilitator-in-Chief a free man, his Stalingrad Strategy proving contemptibly and supremely effective. Mayi-babo! Story courtesy of the Financial Times. – Chris Bateman

Members of the Gupta family secured irregular contracts worth up to $2.7bn from South Africa’s state freight operator Transnet, according to a judicial inquiry into the country’s biggest post-apartheid corruption scandal.

The Guptas – three Indian brothers – and their close business associates were close friends of former South African president Jacob Zuma. They also pressured South African state-owned arms maker Denel to secure business, according to a report from the inquiry which was released on Tuesday. The report described the Gupta business as a “racketeering enterprise”.

Zuma fell from power in 2018, in part owing to the scandal and the inquiry, headed by South Africa’s deputy chief justice, which has begun reporting back after four years of testimony. Last month, the first of three reports detailed the undermining of the national flag carrier and tax service during Zuma’s nine-year presidency. These latest findings are the first to place the Guptas at the heart of alleged systematic graft and to underline its scale.

The inquiry said Transnet gave irregular business worth more than 41bn rand ($2.7bn) to entities linked to the Guptas, or nearly three-quarters of all public contracts suspected to have been “tainted by state capture”, the term used in South Africa for the diverting of public resources for private gain. Transnet was a “primary site” of the looting, the report added.

“The evidence establishes convincingly that state capture occurred at Transnet in the period between 2009 and 2018 … this was accomplished primarily through the Gupta racketeering enterprise” and associates, the inquiry said.

Companies linked to the Guptas secured the loyalty of key Transnet executives, received contracts that favoured their interests and handled kickbacks related to tenders from Transnet, “all of which require further investigation and possible prosecution”, the inquiry said.

The alleged looting had international ramifications. The Gupta-linked companies allegedly handled kickbacks from Chinese state rail companies to secure contracts with Transnet, according to the report.

McKinsey, the international consulting firm, was also hired by Transnet to work on a locomotive tender alongside a Gupta associate and was “irregularly made” payments by the state company, the inquiry said.

McKinsey has already returned its fees for work linked to state capture at Transnet and Eskom, South Africa’s power monopoly. It has not been implicated in corruption by the inquiry. McKinsey did not immediately respond to a request for comment. Zuma’s appointment of the Transnet chief executive helped the Guptas and the former president should be considered “associated with the Gupta enterprise”, according to the report.

Zuma “fled” the inquiry before explaining himself, it said. He was briefly jailed last year for contempt of court after he defied a summons to testify. Zuma, who denied wrongdoing, is now appealing against an order to return to prison.

The Guptas have always denied any wrongdoing. They fled South Africa when Zuma lost power and did not return to appear before the inquiry.

The inquiry said the Guptas were also helped at Transnet by Malusi Gigaba, the minister for state companies at the time. Gigaba, two former Transnet chief executives and a former chief financial officer should be investigated for allegedly receiving cash payments at the Guptas’ Johannesburg house, the inquiry added. All have denied wrongdoing.

The inquiry has already complained about a lack of capacity in South Africa to prosecute corruption cases and has recommended an anti-corruption authority be set up to prevent state capture in future. President Cyril Ramaphosa has indicated that he will formally respond to the inquiry later this year.