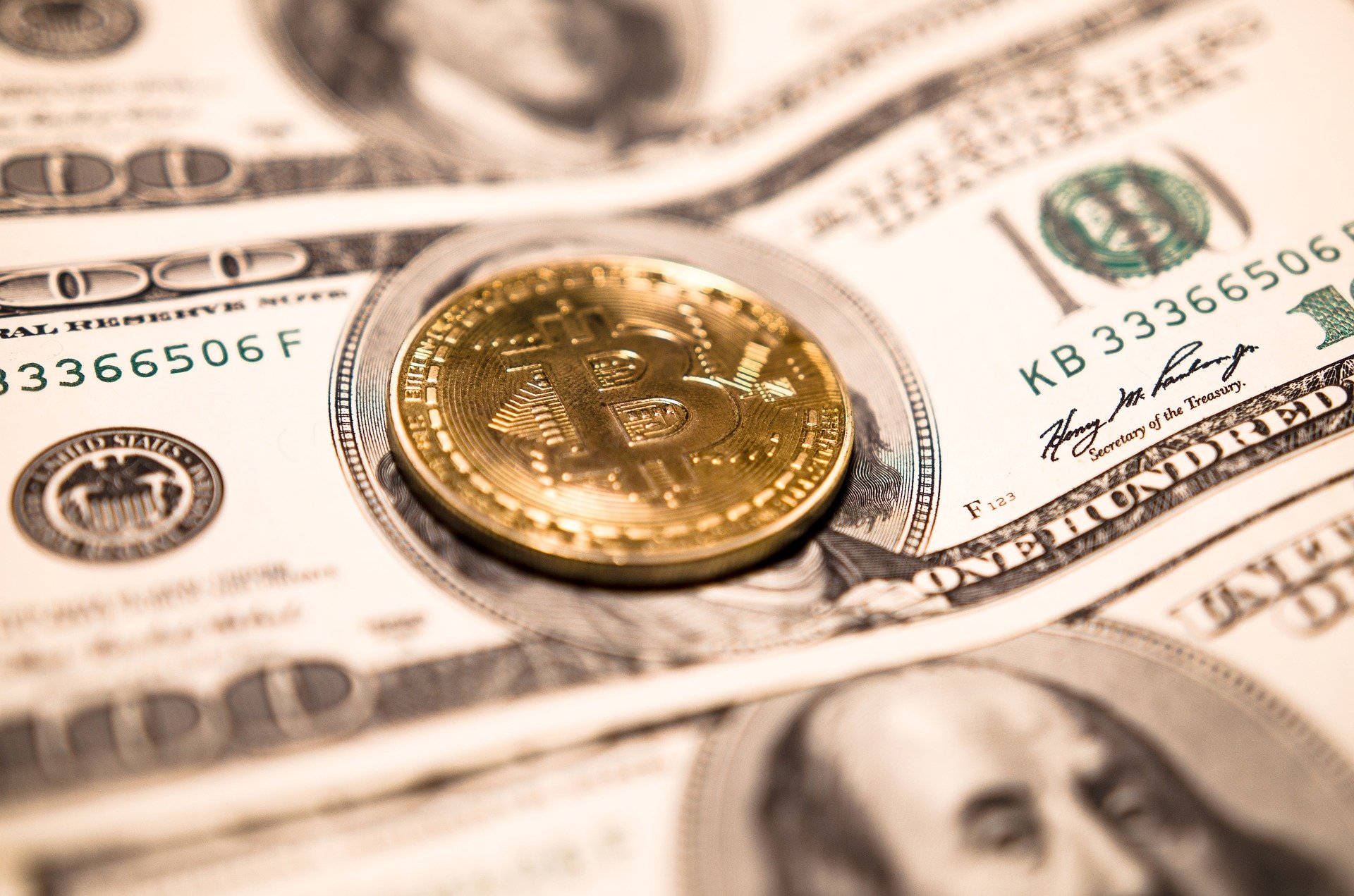 This is an expert, well-reasoned, impartial analysis of an already-raging battle between governments and banks, and fast-growing cryptocurrencies. There are upsides and downsides to either protagonist emerging victorious in our global financial system, and Jonathan Katzenellenbogen, writing in the Daily Friend, canvasses them all. If you’re an advocate of the least authoritarian model possible, then a ‘handful’ of cryptocurrency seems worth more than bush full of money in the bank. As you’ll see, both metaphors have relevance. While cryptocurrency is hugely versatile, managing it isn’t for amateurs; it is volatile and difficult to regulate, and a collapse would be ruinous. Even for libertarians, regulation has its upside and can help stabilise things. Then again, considering how banks and governments virtually rule our lives, a viable alternative is alluring. Read on for a rational, fascinating evaluation that begins with a powerfully illustrative story of a Ukrainian refugee… – Chris Bateman

The battle over cryptocurrencies. Governments and banks versus the upstarts

On the morning of the Russian invasion last month, a 20-year-old Ukrainian fled his home with a USB stick and a passcode. These gave him access to $2,000 in Bitcoin.

As there was a run on Ukrainian banks after the invasion, he could not easily access his bank account. He traded Bitcoin for Polish Zloty in an online exchange. That was used to pay for a bus out of the country and a hostel bed for him and his girlfriend in Poland. In Poland, he was able to access his Bitcoin through a number of ATMs and make direct payments through an online network.

Those standing in line at Ukrainian banks could withdraw only a limited amount and in the days after the invasion many ATMs ran out of cash.

This story makes a compelling case for the holding of at least some cryptocurrency, particularly in a country you might have to flee, has tight exchange controls, high inflation and could have bank runs. But the world of cryptocurrencies and its fast-growing derivatives is not for the uninitiated.

As it becomes easier to operate in this world, these sorts of assets will gain far greater traction, and disruption on an enormous scale is promised. There are increasing signs that a battle has broken out between the establishment of big banks, central banks and governments on one side, and the emerging world of crypto finance on the other. Commercial banks could find themselves replaced by new means of borrowing and payment in digital currencies. And in the process, central banks and big banks could face an existential crisis. The established financial system is fumbling in its effort to come up with a response.

There has to be an open question as to when other countries might follow China’s lead in banning cryptocurrencies. Last September, China banned its citizens from mining, holding and trading cryptocurrencies. The Chinese central bank said the crackdown was necessary to help prevent financial crime, maintain capital controls and ensure stability. This is a useful test case to see if such a draconian response actually kills the use of cryptocurrencies in a country.

Jamie Dimon, the chief executive officer of one of the world’s largest banks, JP Morgan Chase, disparages cryptocurrencies as “tokens” as they are not backed by a government. But cryptocurrencies do essentially fulfil the three criteria needed for an instrument to be considered as money. Admittedly, all are fulfilled with difficulty. Bitcoin is volatile. It is about 40 percent off its record high against the US dollar in November last year. As a store of value, they might be less desirable because of the volatility, but this is changing with ‘stablecoins’, which are linked to a fiat currency or a commodity. Cryptocurrencies are a means of exchange, although generally lack the ease of use of fiat currencies. And finally, they are a unit of account. They are enjoying greater global acceptance. Bitcoins are legal tender in El Salvador and the crypto world is growing.

Last week, Peter Thiel, a founder of Paypal, took aim at the “finance gerontocracy” for their “hate factory” to undermine Bitcoin, and warned that they will pay the consequences. Banks and central banks will have to aggressively defend their turf. The more they try to ban or crackdown on private digital currencies, the more desirable such assets are likely to become. The less they do, the more digital currencies and assets will flourish and contribute to a low-cost and seamless payment system.

Many financial institutions are now acting as middlemen for the distribution of digital assets; there are crypto exchange traded funds and some banks will help you buy digital assets. But this new world is difficult to control because its assets live on a distributed digital ledger – a blockchain – which cannot fall under the control of any authority. Blockchain software allows the establishment of ‘decentralised autonomous organisations’, which could take on other roles. Due to encryption, there is privacy for holders, and law enforcement and other prying eyes can gain access only with considerable effort. Much can be hidden in the dark recesses of the web.

Governments and central banks have an innate fear of cryptocurrencies becoming too big. That is the reason the US Federal Reserve and the US Treasury turned down Facebook’s attempt to launch its own digital currency, Libra. With no comprehensive regulatory framework in place, the regulators did not like the idea of giving a tech giant the go-ahead to print its own money.

The world of crypto has become a lot more sophisticated since the birth of Bitcoin with the release of Satoshi Nakamoto’s white paper in 2008. And with sophistication, they could become more difficult to regulate.

A locally published book released last month by Steven Boykey Sidley and Simon Dingle, Beyond Bitcoin, Decentralised Finance and The End of Banks is a good guide to the emerging alternative world of digital finance. What stands out is the rapid innovation of new instruments. From the start volatility has been an issue. But there are now stablecoins, which are linked to a fiat currency or commodity. There are also ways to seek out the best yields in the crypto world and change from coin to coin.

Boykey Sidley and Dingle expect central banks will eventually surrender to the inevitable and will publicly settle in a cryptocurrency.

By contrast, another recently published book in SA, The End of Money by David Buckam, Robyn Wilkinson and Christiaan Straeuli sees cryptocurrencies as a path to further undermining trust in financial systems. The end of money has come about because of erosion of trust in the existing banking and financial system, they argue. Cryptocurrencies are viewed in the book as flawed in large part because of security flaws, lack of regulation, and because they facilitate the hiding of illicit activity.

What happens when the mania around cryptos turns to panic and one, if not more, of the digital currencies collapse. This has happened to most asset classes and there is no reason for it not to happen to this one. There would be no bailouts and with that, massive losses would be incurred globally.

To try and counter the rise of private currencies, central banks could soon issue their own digital currencies. But their intention is to control rather than permit greater freedom. If they are configured as programmable, spending could be prevented on purchases deemed ‘bad’, taxes and fines automatically deducted, and assistance given to those in need.

Whether it comes about as a result of Central Bank Digital Currencies or private cryptocurrencies, the chief economist at the Efficient Group, Dawie Roodt, expects a consolidation of currencies as people move into those they trust most. That could mean far fewer currencies in time, certainly raising questions about the future of the rand, but also the nature of sovereignty. Digital currencies could yet emerge as the most fundamental challenge to the power of the state.