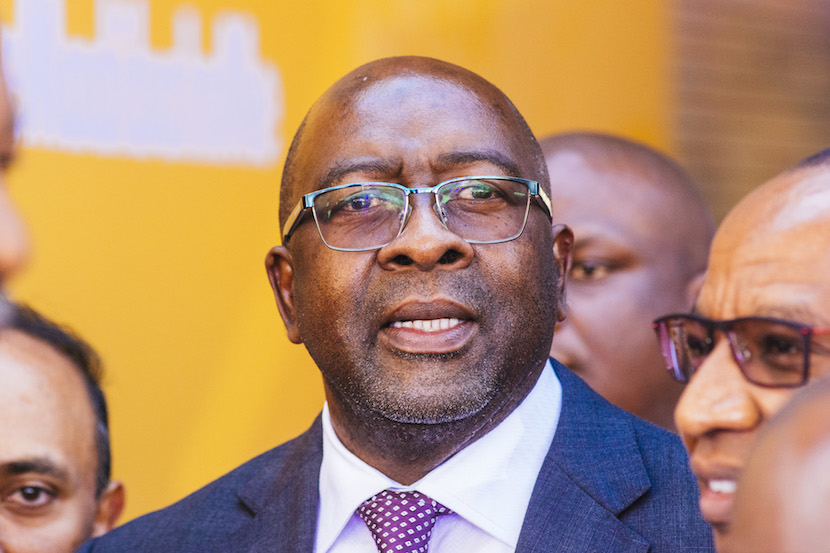 BizNews is celebrating its ninth birthday this Friday and we’re looking back at the nine best-performing articles that appeared on the site. In this first edition is a piece from BizNews’ founder, Alec Hogg. We revisit the shock firing of former finance minister Nhlanhla Nene by then president Jacob Zuma, which sent shockwaves throughout financial assets sectors that resulted in one of the biggest foreign investors in SA at the time, Barclays Bank plc, suddenly deciding to sell its 62% controlling interest in top South African bank Absa. The stake, which was worth 73bn, put severe pressure on the rand. This decision taken by President Zuma was one of many that resulted in his downfall as president of South Africa.

Thirty years ago, in the immediate aftermath of PW Botha’s “Rubicon” speech, Chase Manhattan Bank chairman Willard C Butcher was the first to drive a nail into Apartheid South Africa’s coffin. The appropriately named Butcher announced his bank would be calling in all credit lines to South Africa and demanding repayment (rather than rolling over) when outstanding debt fell due. His lead was quickly followed and South Africa was forced into a debt standstill that turned it into a capital exporter over the next five years – smashing the exchange rate, pushing interest rates sky-high, contracting the economy, and hastening the end of the Apartheid regime. Today’s news from London looks to be in a similar vein after President Jacob Zuma’s blunder last Wednesday night sent South African financial assets into a tailspin. One of the biggest foreign investors in SA, Barclays Bank plc, is suddenly keen to sell its 62% controlling interest in top South African retail bank Absa. The Barclays stake is worth R73bn, down by R6bn since Zuma’s shock firing of respected Finance Minister Nhlanhla Nene. The damage is even worse in Pound Sterling terms after the Rand’s recent plunge. To make matters worse for the economically literate in SA and abroad, yesterday Zuma’s ANC cohorts praised rather than sanctioned the destructive action of their leader. Barclays, which is itself undertaking a thoroughgoing restructuring, is now actively seeking to sell its major South African asset along with others in Africa on the block. The UK bank, which has had a presence in the country for almost a century, is unlikely to be the only foreign investor for whom last week’s blunder will be the final straw. – Alec Hogg

Barclays is considering whether to break with almost 100 years of history by selling some or all of its African banking operations as part of a review led by Jes Staley, its new chief executive.

Mr Staley has raised questions about the strategic fit of the UK-based bank’s large African business with the rest of the group, but no decision has been taken yet, according to people familiar with the matter. Barclays declined to comment.

The Barclays review comes after investor confidence in South Africa was shaken by President Jacob Zuma’s decision to change his finance minister three times in less than a week at a time when the economy is under severe stress.

Mr Staley took charge of Barclays at the start of December. The former JPMorgan Chase executive is examining the bank’s overall strategy and is expected to present his plans to investors around the time of its annual results on March 1. He is also expected to announce several thousand job cuts in its investment bank, particularly in Asia.

Barclays has had operations in parts of Africa for almost a century. But the recent contribution of the African business to the overall group’s profits has been hit by the devaluation of the South African rand against the British pound. The African unit’s return on equity was 9.3 per cent last year – below the bank’s target of 11 per cent.

The rand crashed to all-time lows against leading currencies last week. While it partly recovered this week after Mr Zuma reversed his appointment of a relatively unknown MP as finance minister, it is still down 25 per cent against the pound over the past year.

Mr Staley, who plans to visit Africa in his first trip outside the US and UK, is unlikely to completely pull out of the continent, people familiar with the matter said.

But Barclays could decide to sell its retail banking operations in much of Africa, including South Africa, Kenya, Mauritius, Botswana and Zambia, while keeping some corporate and investment banking activities in the region.

The UK bank owns 62 per cent of Barclays Africa Group Limited, which is listed on the Johannesburg stock exchange and controls the group’s main operations in the continent – including Absa, a South African bank it bought in 2005.

Investment bankers said that if Barclays did decide to retreat from Africa it could sell BAGL shares into the market or trigger domestic consolidation by selling the stake to a local rival, such as Standard Bank, Nedbank or FirstRand.

One potentially interested party is Atlas Mara, the acquisition vehicle set up by former Barclays chief executive Bob Diamond to buy African lenders. But Barclays’ stake in its African offshoot is worth about £3.2bn – potentially putting it beyond the reach of Atlas Mara, which has a market value below £400m.

Barclays had planned to rebrand the Absa branch network under its own colours after increasing its stake in the Johannesburg-listed entity from 55.5 to 62.3 per cent by merging its African activities three years ago. But the rebranding was recently shelved.

Talks broke down recently over a deal for Barclays to sell its Egyptian and Zimbabwean operations to its South African-listed subsidiary, raising questions about the future of its operations in those two countries.

The economic outlook for Africa has deteriorated this year as oil and commodity prices have fallen sharply and China’s economy has slowed. The International Monetary Fundforecasts 3.75 per cent growth for sub-Saharan Africa this year, the lowest level since 2009.

This month, Fitch downgraded South Africa’s credit rating to one notch above subinvestment grade and Standard & Poor’s cut its outlook to negative, increasing the risk that the country could fall to junk status. As a consequence, Fitch downgraded the country’s four big banks, including Absa.