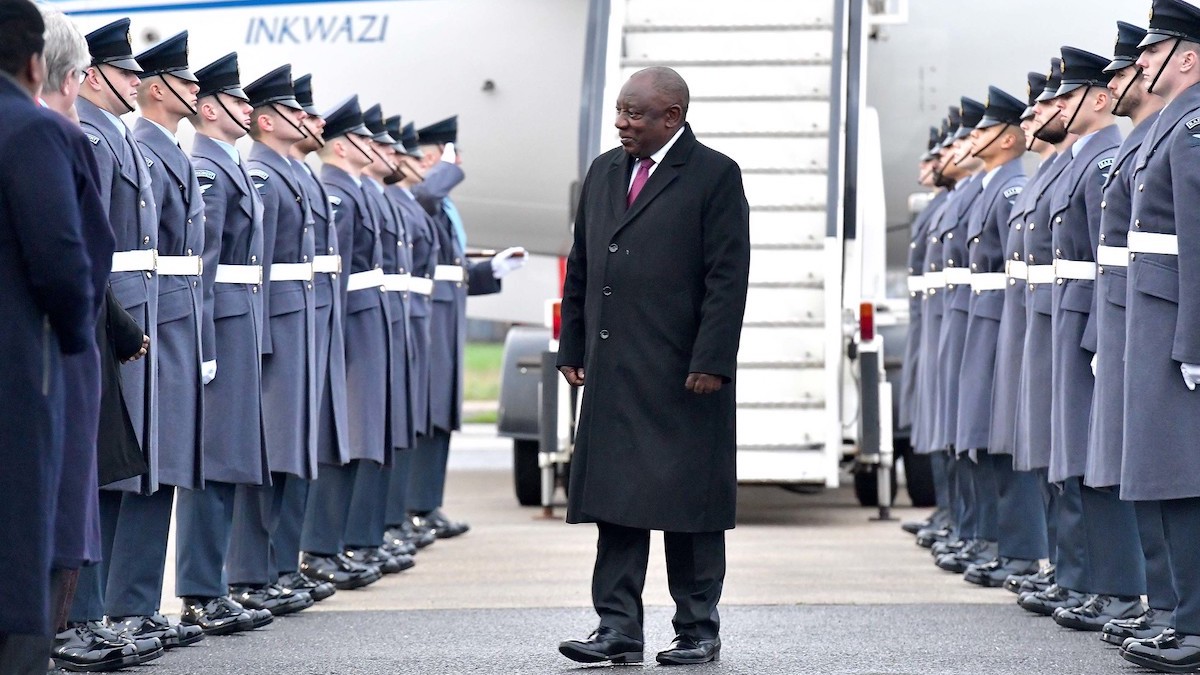 Simon Lincoln Reader examines the last time a South African President was granted a State Visit to UK – in this case one “Showerhead’ Zuma – and recalls that not much has changed since then. He writes that there was no incentive to pursue items that, in the context of nation building or even mutual interest, actually mattered, like alternative destinations to Cuba, where so many young South African black men and women are pointlessly sent. Or to imagine together a genuine, racial and cultural truth and reconciliation initiative that would – at the very least – acknowledge the suffering of the Afrikaner peoples under colonial rule. But only the meaningless emerged. The more things change, the more they stay the same in South Africa, it seems. – Sandra Laurence

2010 was the last time a South African President was afforded the pageantry of a State Visit to the UK. I wasn’t here but the stench of shithead-ery still lingers: the visit had nothing to do with the shared, fascinating and turbulent history, rather something ambiguous but also unintentionally honest described at the time as “co-operation”.

Hedging their bets, a group of miners had taken Zuma to Downing Street in September 2007 to meet then Prime Minister Gordon Brown. Around the same time, investigators at the Serious Fraud Office (SFO) in Cockspur Street were concluding lengthy scrutiny of substantial, irregular payments from British Aerospace Systems (BAE) to a man fingered as being central to South Africa’s notorious arms deal. One of Zuma’s first tasks having been elected President in 2009 involved the capture of the law enforcement apparatus, so the SFO’s request to investigate on SA soil was subsequently declined. Instead BAE would concede an admission of guilt and pay a fine. In saving himself, Zuma had saved the power centres in Her Majesty’s Government from humiliation; in an expression of delight and gratitude, the top diplomatic invitation to a foreign Premier was bestowed upon him.

On the board of BAE systems during the SFO’s initial exploration of bribery and corrupt practices was a man called Chris Geoghegan. Geoghegan’s daughter Victoria would be employed by London’s most infamous PR concern, Bell Pottinger, reporting to a line manager called James Henderson – who would eventually be appointed CEO. Geoghegan allegedly introduced Victoria to Fana Hlongwane, the man identified by the SFO as being at the heart of the arms deal. Hlongwane then introduced Victoria to the brothers Gupta.

Zuma behaved during his visit – it’s not considered good form here to charge out of an idling motorcade at Hyde Park and club one of the Queen’s swans over the head, or kidnap a lady cleaning the loos at Heathrow and traffic her back to SA. Despite being cursed with a grasp of history that ranks alongside his grasp of arithmetic, he would have interpreted the invitation to Buckingham Palace as nothing less than a meeting of equals and reverted to the charm Helen Zille has documented (“the birds from trees”).

The photographs that captured the occasion are revealing. During his visit Zuma was pictured with two Labour politicians – a brilliant one, and an insufferably useless one.

The useless one was the shapeshifting David Miliband, Foreign Secretary at the time, whose own brother Ed would stab him in the back some months later as the two jostled for leadership of Labour. His unhelpful, romanticised perception of South Africa was perverted by his family’s friendship with Joe Slovo (Miliband’s academic father Ralph was a founding partner of London’s unlikeable champagne socialist class – many of whom nowadays are white South African liberals). The brilliant one was Alan Johnson, Home Secretary at the time, who I suspect – despite appearances – had the measure of Zuma. Johnson, unlike Miliband, was an authentic man of the blue collar left, a postman turned union shop steward, who would go on to compose a trilogy of acclaimed, deeply moving memoirs, arguably some of the finest political writing ever published.

The shadow the arms deal cast over Zuma, the nixing of the SFO investigation and the hopeless, badly-aged projection of South Africa as a liberation unicorn removed any incentive to pursue items that, in the context of nation building or even mutual interest, actually mattered. To seek alternative destinations to Cuba, where so many young South African black men and women were being pointlessly sent. To imagine together a genuine, racial and cultural truth and reconciliation initiative that would – at the very least – acknowledge the suffering of the Afrikaner peoples under colonial rule. But only the meaningless emerged.

Staring into these events – 12 years ago –  is like staring into the face of one of FTX’s chief scam artists, Caroline Ellison. Something stares back at you, but you don’t know quite what it is.