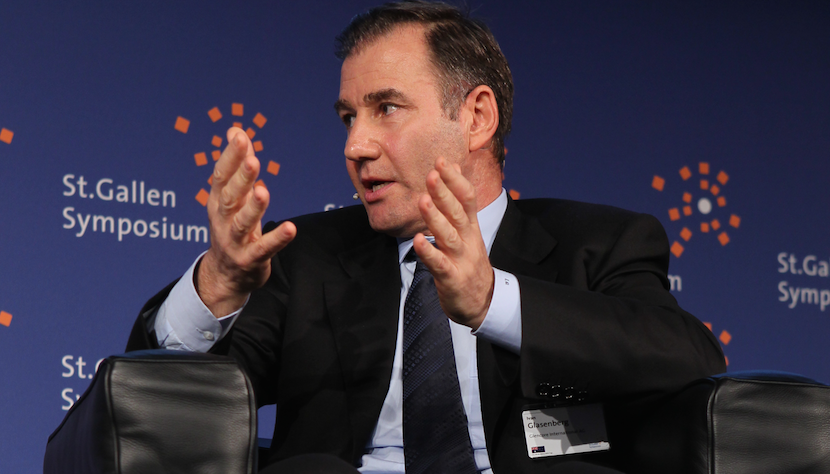 Glencore’s superb management team, punishing work ethic and highly incentivised staff make it the favourite of many commodity stock investors. But that’s never going to be enough to overcome its vulnerabilities. As Warren Buffett put it: “When a management with a reputation for brilliance tackles a business with a reputation for bad economics, it is the reputation of the business that remains intact.” Commodities are bad economics. While Glencore might be best in its field, its prospects are overwhelmingly reliant on the commodities cycle, which is itself heavily influenced on Chinese demand. If Glasenberg reckons he can’t read China right now, who can?   – Alec Hogg

By Jesse Riseborough and Javier Blas

It’s getting harder to predict metals consumption in China, the world’s biggest user of raw materials, the billionaire CEO said in a phone interview in London. Glencore reported a 56 percent plunge in first-half profit on Wednesday and cut the earnings forecast for its trading division.

“At the moment none of us can read China,” said the 58-year-old South African who’s the second-largest shareholder in the company. “None of us know what is going on there and I’m yet to find the guy who can predict China correctly. China in the first half was a lot weaker than anyone expected.”

Glasenberg, who ran a large part of Glencore’s business with China from Hong Kong in the 1990s, is steering the company through the strongest headwinds since the Swiss commodity trader’s $10 billion initial public offering four years ago. Glencore outlined further reductions in capital spending in its earnings report, and is reducing debt in an effort to maintain dividends while preserving an investment-grade credit rating.

Glencore shares sank 9.7 percent to a record low of 158.95 pence in London. The stock has slumped 70 percent since its 2011 IPO, hurt by China’s slowest economic growth in a quarter of a century and raw-material prices at a 13-year low.

A crackdown on corruption in China that’s stalled significant infrastructure projects was largely to blame for weaker demand in the country in the first half, according to Glasenberg.

“I understand the Chinese are now pushing to get those projects out and get them built,” he said. “The regional governors were holding back while the corruption attack was taking place so I think that slowed things down. None of us forecast that.”

Weaker conditions in China and the emergence of “aggressive and synchronized” short selling, especially among Chinese hedge funds, have undermined copper prices, Glencore said in its profit report. The metal has plunged 20 percent in London trading this year.

China is central for commodity traders because the nation uses about 40 percent of the world’s copper supply and half its aluminum. The country’s strong economic growth in the early 2000s triggered a boom in raw materials demand, known as the commodities super-cycle, that sent prices soaring.

The economy expanded 6.3 percent in the first half, compared with the officially reported 7 percent, according to the median estimate of 11 economists surveyed last week.

The turmoil in commodity markets has made Glencore the worst performer on the U.K.’s FTSE 100 Index this year. The stock advanced 3.6 percent on Tuesday after Harris Associates LP increased its stake to 4.5 percent from about 1 percent and called Glencore undervalued.

Glencore’s adjusted net income declined to $882 million in the six months to June 30 from $2.01 billion a year ago, the Baar, Switzerland-based company said Wednesday in a statement. That beat the $711 million average of seven analyst estimates compiled by Bloomberg. It will pay a dividend of 6 cents a share.