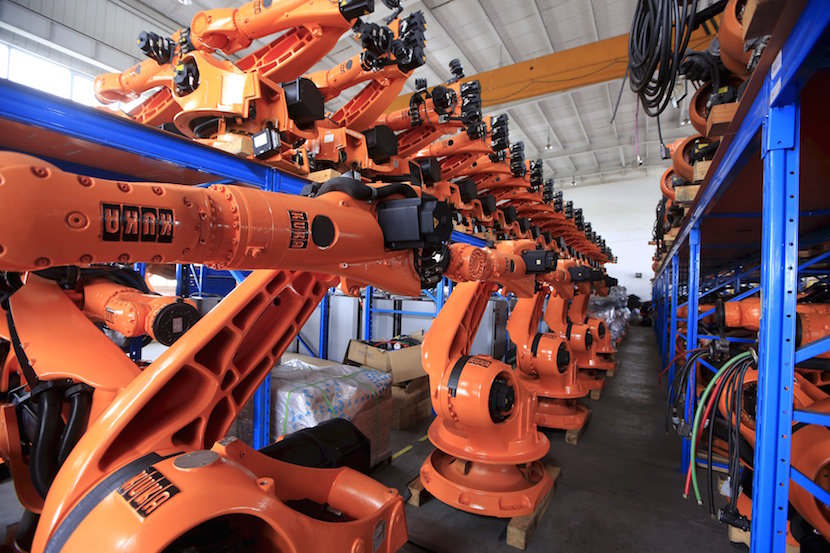 During a visit to Hong Kong some years back, I managed to spend time with Jim Walker, the man voted Asia’s leading economist 11 years in a row. Walker and I share a passion for thoroughbreds and between races, the man who predicted the 1997 Asian and 2007 US financial crises shared a great deal. Including the advice that wise people never simply swallow data distributed by autocratic regimes. Their interests, he explained, vest in telling their version of reality rather than the truth. The rest of humanity is now waking up to this now rather obvious assessment as yet more evidence surfaces that the Chinese economic miracle is grinding to a standstill. While Beijing’s mandarins keep telling the world the economy is barrelling along at a 5% annual growth rate, independently produced data shows the opposite. The Purchasing Manager’s Index from Caixin, a privately-owned business media company, released this morning discloses that China’s manufacturing engine has stalled. Output has fallen to levels last seen six and a half years ago. Investors around the world are finally waking up to the reality and hitting valuations of those assets most exposed to China. Pity they didn’t listen to people like Walker. Perhaps the reality of the deep flaws inherent in any centrally managed command and control economic model will now resonate elsewhere. Especially inside South Africa’s China-model besotted Department of Trade and Industry. – Alec Hogg

By Nick Gentle and Candice Zachariahs

(Bloomberg) — The selloff in riskier assets gained pace Wednesday as a preliminary Chinese manufacturing gauge plunged to the lowest level since the depths of the global financial crisis, sending stocks and commodity currencies tumbling and boosting sovereign bonds.

Asian stocks headed for their biggest three-day loss since August’s market rout as Chinese shares tumbled in Hong Kong and Shanghai. The preliminary Purchasing Managers’ Index from Caixin Media and Markit Economics was at 47.0 for September, the lowest level since March 2009, when global equity markets bottomed after the collapse of Lehman Brothers Holdings Inc. Futures on shares in the U.S. and Japan, where markets are closed Wednesday, also tumbled. Australian bonds surged after the data.

“It’s a confirmation of fears that were existing in the market already that China is in fact doing worse than we had been led to believe and there’s a lot of uncertainty about where that economy really is,” said Emma Lawson, senior currency strategist at National Australia Bank Ltd. in Sydney. “Aussie has the justification to sell off.”

China’s manufacturing gauge, which hasn’t moved above the 50 level that marks the border between expansion and contraction since March, delivered further evidence that the slowdown cited by the Federal Reserve in its decision to hold rates still has further to run. The report comes after four Fed officials have come out saying a 2015 rate increase is still on the radar, saying the U.S. economy is strong enough to withstand transitory volatility from abroad.

The so-called flash PMI number missed the median estimate of 47.5 in a Bloomberg survey and was below the final reading of 47.3 for last month. Premier Li Keqiang’s expansion target of about 7 percent for this year is being challenged by a slowdown in manufacturing and property investment even after five interest-rate cuts since November.

“These numbers would add a more cautionary tone to the market’s perception of the risks around the Chinese growth profile and further reinforces the risk off attitude in the market,” Chris Green, an Auckland-based strategist at First NZ Capital Ltd., said by phone. “The weakening data we’re seeing in China justifies the cautionary approach from the Fed.”

The Bloomberg Asia Pacific Mining Index of the biggest companies in the region tumbled the most in almost a month as BHP Billiton Ltd. and its spinoff South32 Ltd. slid more than 4.4 percent. Chinese metals producers including Jiangxi Copper Co. and Aluminum Corp. of China Ltd. declined as Glencore Plc’s stock in Hong Kong followed its London shares to a record low.

The offshore yuan dropped as much as 0.4 percent, the most since Sept. 10, to 6.4341 a dollar in Hong Kong, according to data compiled by Bloomberg. The spot rate in Shanghai weakened 0.13 percent to 6.3841, China Foreign Exchange Trade System prices show.

China won’t devalue the yuan to boost exports, President Xi said in a speech in Seattle. The nation is opposed to currency wars and there is no basis for continuous depreciation of the yuan, he added.

The yen strengthened 0.3 percent to 119.77, benefiting from its status as a haven asset as investors retreated from commodity and emerging-market currencies. The euro was 0.1 percent stronger at $1.1130 after sliding 2.8 percent in the previous three sessions.

The Australian dollar slumped 0.8 percent to 70.31 U.S. cents, while the yield on the country’s 10-year bonds dropped 12 basis points in the aftermath of the factory data. The S&P/ASX 200 Index plunged 1.9 percent.

The Bloomberg Commodity Index slipped 0.2 percent and is heading for its lowest close since Aug. 26, when it tumbled to levels last seen in August 1999.

WTI for November delivery fell 0.4 percent to $46.16 a barrel on the New York Mercantile Exchange. The October contract expired Tuesday after swinging by more than 4 percent on three occasions in its last five trading days. Prices have decreased 13 percent this year.

“A further contraction is confirmation of the weaker China story,” Michael McCarthy, a chief strategist at CMC Markets in Sydney, said by phone. “We’re not seeing the 4 or 5 percent falls that you might expect if this was a surprise for the market. It just leaves us in the middle of the recent range.”