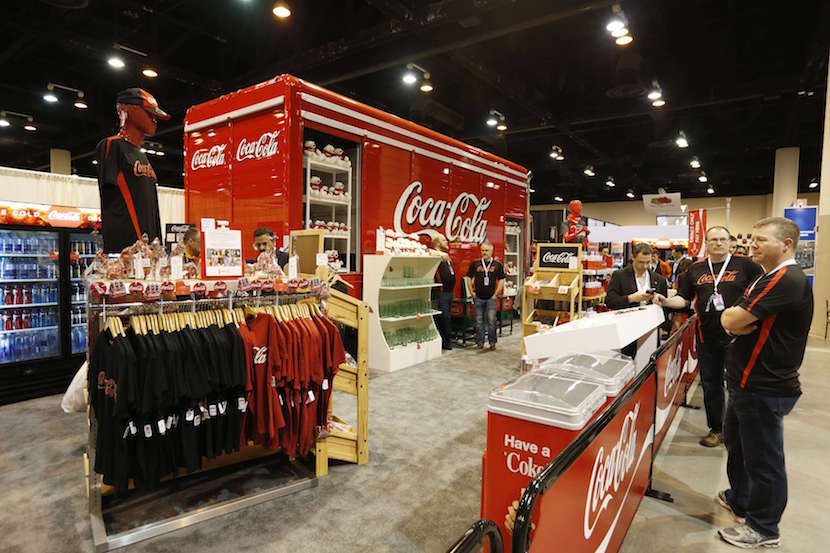 Warren Buffett’s obsession with Coca Cola – as both an investment and his favourite tipple, kicks off this part of the transcript from the Berkshire AGM. New York Times journalist Andre Ross Sorkin opened the subject by quoting statistics on sugar-related deaths, asking why shareholders should be proud to own shares in the flag bearer for the world’s “new tobacco”.  Apart from providing the opportunity for Buffett to show off his incredible mental arithmetic, the ever rational Berkshire chairman (and long time Coca Cola director) counters with his own experience – and expectations for longevity despite his famous sweet tooth (and love of the world’s favourite fizzy drink). In this segment he also explains why Berkshire is making a large bets on renewable energy – where it is already the biggest in the US. – Alec Hogg

WARREN BUFFETT: I think people confuse the amount of calories consumed. I happen to elect to consume about 700 calories per day from Coca-Cola so I’m about ¼ Coca-Cola – roughly. I’m not sure which quarter and I’m not sure we want to pursue the question.

The average person consumes something like 125lbs of dry, white sugar per year. What’s in Coca-Cola? Largely, the most calories come from sugar. I elect to get my 2700 calories a day from things that make me feel good when I eat them, and that’s been my sole test. It wasn’t a test that my mother necessarily thought was great but there are over 1.9 billion eight ounce servings of some Coca-Cola drink and they have an enormous range of products, such as Diet Coke and Coke Zero, they literally have thousands of products. 1.9 billion – that’s 693 500 000 8oz servings per year (except, it’s a leap year). That’s almost 100 8oz servings per capita for 7-billion people in the world every year and that’s been going on since 1886.

I would find it quite spurious, the fact that somebody says, “If you’re eating 3 500-odd calories per day and some of the 3 500 is Coca-Cola” that it led to any particular obesity-related illnesses based on the amount of Coca-Cola you drink. You have the choice of consuming more than you use. I make a choice to get 700 calories from this. I like fudge a lot and peanut brittle and I am a very, very happy guy. I’m serious about this – I think that if you’re happy every day (maybe it’s hard to measure), you’re going to live longer as well. So that may be a compensating factor.

I really wish I’d had a twin and that twin had eaten broccoli his entire life, and we’d both consumed the same number of calories. I know I would have been happier and I think the odds are fairly good that I would have lived longer.

I think Coca-Cola is a marvellous product. If you consume 3 500 or 4 000 calories per day and live a normal life in terms of your metabolism….. Something’s going to go wrong with your body at some point but I think that if you balance out the calories so that you don’t become obese….I’ve not seen evidence that convinces me that I’ll live to 100 if I suddenly switch to water and broccoli. Incidentally, a friend of mine – Arjay Miller, a remarkable man born about 100 miles from here, eighth child – near Shelby, Nebraska… He said Shelby’s population was 596 and it never changed because every time some girl had a baby, a guy had to leave town.

Arjay went on to become President of the Ford Motor Company from this farm near Shelby and he had his 100th birthday on March 4th this year. I went out to see Arjay for his birthday on March 4th and Arjay told me there are 10,000 men in the United States would live to be 100 or greater and 45,000 women would live to be 100 or greater. I came back and I checked that on the Internet. I went to the Census figures and sure enough that is the ratio – 10,000 men over 100 (roughly) and 45,000 women. If you really want to improve your longevity prospects (a guy in my position), you have a sex change. You’re four-and-a-half times more likely to get to be 100. That sounds like one of those studies that people put out. It’s just a matter of fact, folks. I think I’ll have Charlie go first though, on that one. Charlie, do you have any comments?

CHARLIE MUNGER: I like the peanut butter brittle and I drink a lot of Diet Coke.

I think that people who ask questions like that one, always make one gasp for air. It’s really inexcusable. They measure the detriment without considering the advantage. Well, that’s really stupid.

That’s like saying ‘we should give up air travel through airlines because 100 people die every year in air crashes or something’. That would be crazy. The benefit is worth the risk. If every person has to have about eight or ten glasses of water every day to stay alive, that’s pretty cheap and sensible and improves life to add a little extra flavour to your water – a little stimulation, and a few calories if you want to eat that way. There are huge benefits to humanity in that and it’s worth having some disadvantages. We ought to almost have a law – I’m sounding like Donald Trump – where these people shouldn’t be allowed to cite the defect without also citing the advantage. It’s immature and stupid.

WARREN BUFFETT: I think that implicit in what you’re say is that any decision we make about new generation/changes in generation has to go through what’s usually called a Public Utility Commission. They may have different names in a few states. The utility industry is overwhelmingly regulated to stay level and we cannot make changes that are not approved by the Public Utility Commission. We’ve had more problems for example, in bringing in renewables in our Western utility (PacifiCorp) because in effect, it’s regulated by six states and they don’t necessarily agree on how the costs and benefits should be divided if we put in a bunch of renewables. We have to follow their instructions.

Iowa has just been marvellous about encouraging at every level. The consumer groups, the Governor – you name it – have seen the benefits. In Iowa, it’s literally true that we have one major competitor, called Alliant. I don’t know the reasons, but they have not pursued renewables the way we have so our rates are considerably lower than theirs are and if you look at their budget projections; although they have substantially higher rates than we have now, they may well need a rate increase within a year. With our latest expansion, we have said that we will not need a rate increase until 2029 at the earliest, which is 13 years away. There are great benefits if you have regulation that works with you on that but it is a determination that is made at the State level.

The US Federal Government has encouraged – in a major way – the development of renewables by this production tax credit, which currently amounts to about 2.3cents/kwh. We would not have the renewable generation that we have, if it hadn’t been for the fact that the building of those projects is subsidised by the Federal Government. The benefits of reducing solar/carbon emissions are worldwide and therefore, it’s deemed proper that the citizenry as a whole should participate in subsidising the cost of reducing those emissions.