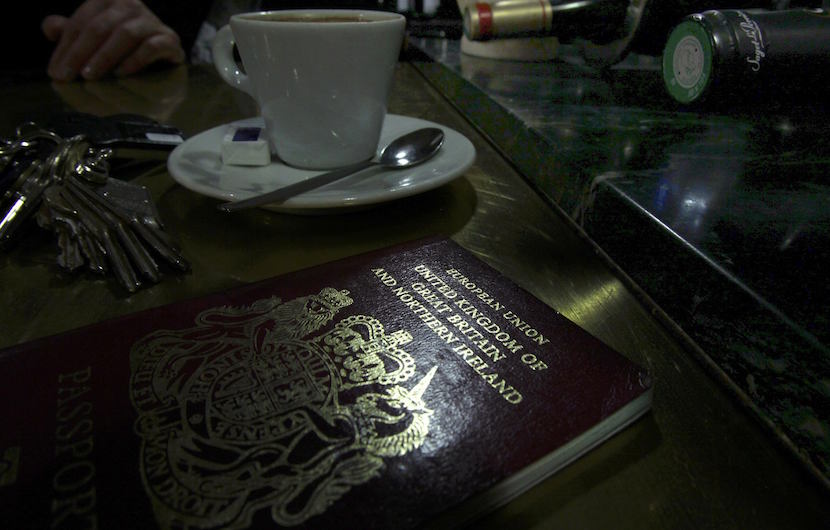 Be careful what you wish for, or as in this case, don’t be too cock-sure of a victory. These must be the thoughts running through the mind of British Prime Minister David Cameron as the country prepares for the Brexit referendum, to be held this Thursday. Cameron’s call for the vote was off the back of a promise he made to hold one before 2017. And while the arguments for Remain and Leave both carry pros and cons, bookmakers have the Remain camp just tipping the scales. But what if, the big if from Cameron’s point of view, Britain decides to leave the EU (gathering momentum), then what happens? Donwald Pressly assesses the situation and sees Cameron being ousted by Boris Johnson in a superb play of ‘power capture’, while the rest of the predictions including a weaker pound kick in. – Stuart Lowman

17 June 2016 – It appears British Prime Minister David Cameron’s Brexit gamble is going horribly pear-shaped, if polls are to be believed.

The Ipsos Mori poll for the Evening Standard newspaper shows LEAVE with 53 percent of the vote. The REMAIN vote is 47 percent. This represented a 10 percent jump for LEAVE from a previous poll.

If the LEAVES win, which now seems pretty likely, Cameron is toast. The British media have pondered whether Cameron ever really wanted a referendum. The conclusion is that he didn’t really, but felt obliged to stick to his promise to hold one before the end of 2017.

Read also: Credo CEO Deon Gouws: How deep thinking about Brexit has taken me from Remain to Confused

It is suggested that he did not think that his Tories would win an overall majority in the last national election in 2015 and he would still need the Liberal Democrats in his coalition. He had hoped that the Liberals would block a referendum, giving him an out. In fact, losses to the United Kingdom Independence Party did not occur to the party’s right – although it had been winning by-elections before the national election – and Labour gains in England were offset by massive losses by Labour to the Scottish Nationalists. At the same time the Conservatives (Tories) enjoyed upset victories against their former alliance partners, the Liberals.

So Cameron came out electorally stronger than even he expected – and must have thought his arguments to stay in the EU would be insurmountable. He would, in any case, achieve two things: Sticking to an election promise of holding an EU referendum and second he would provide the Brexit lobby in his Tory party would an outlet to vent their anti-European sentiments. But he appears to have misjudged the antagonism towards Europe.

While stories in The Independent newspaper indicate that older, less academically qualified voters are more likely to vote against REMAIN, it is quite clear that there is a considerable number of middle-of-the-road middle and working class voters who agree with the blue-collar anti-Europe sentiments. They include even relatively leafy suburb Labour voters, who are bucking their party’s line of staying in Europe. If the Brexit wins, Cameron is sure to be on the way out.

Weakening the pound may have an upside

Within days of the result, it is likely that former London Mayor Boris Johnson, who was elected to Parliament last year – and has been a staunch Brexit supporter – will take over from Cameron as party leader (and as Prime Minister). What a remarkable story of power capture – somewhat by accident – that will be.

There are all sorts of negative stories about how leaving Europe will weaken the pound. This may be so, but this may, actually be good news. A strong pound makes British export goods more expensive abroad, a weaker one could fuel industrial growth. There is considerable debate about the extent to which EU regulation constrains the British economy. The EU’s laws govern the industrial, agricultural and commercial life of the 28 member states.

The EU also has some influence on labour laws – on minimum employment conditions such as working time. But the United Kingdom is partly exempt from these regulations anyway. As the UK is not part of the eurozone, the EU doesn’t have authority over its monetary policy and fiscal spend. If Brexit wins it looks like trade deals with European countries – and, indeed, with all countries with which Britain trades – will have to be renegotiated.

From the perspective of the South African investor in Britain, the implications of REMAIN or LEAVE will need to be reassessed when the result of the 23 June vote is announced. As the UK is still a major trading partner of South Africa’s, a weakened pound would be good news for imported goods. The opportunity to revise our trade treaties will be a new opportunity to foster our interests. But we can only start thinking about that when it is clear that Brexit is the choice.