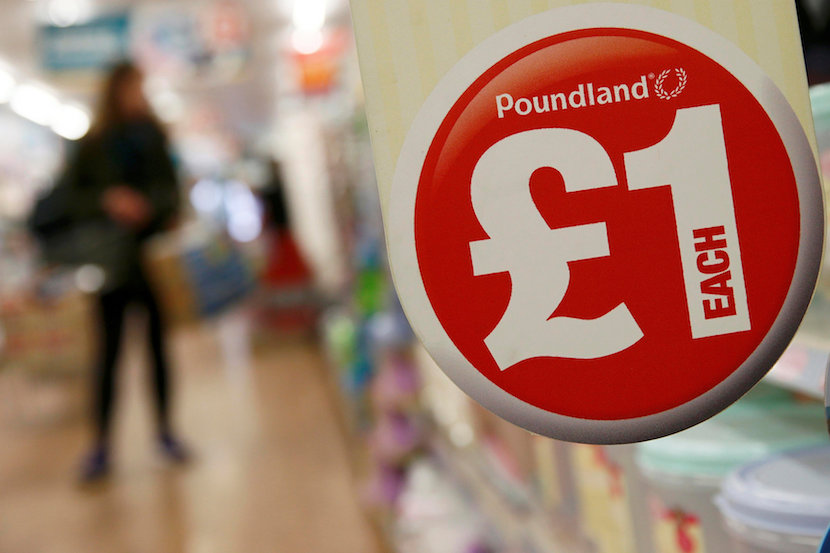 A few months ago, some suggested after missing two other bids, Markus Jooste’s Steinhoff should swoop on BHS, the scandal-wracked UK retailer whose seller was recently grilled in Westminster. Jooste’s response was – absolutely no thanks. At that point he must already have been lining up Poundland, a discount retailer with more than 700 outlets. Founded in 1990 in the town of Burton-on-Trent (pop 72 000), Poundland’s concept caught on, sparking the creation of numerous competitors, the biggest of which (99p Stores – what else?) it acquired last year. When we spoke about Steinhoff’s strategy last month, Jooste said his approach is to invest time in knowing the entrepreneurs, thus ensuring a match in values before any deal – and after it is consummated to support them in areas where they might have been weak. As a result, he says, there has been very little attrition in the management teams of acquired companies. Poundland adds heft to Steinhoff’s modestly sized but well established UK retail discounting operations. It might not have been Steinhoff’s first choice (the group was prepared to spend more than double for Argos) but could end up a great acquisition. Poundland’s retail reach makes it a business slots snugly into the South African group’s successful vertically integrated strategy. – Alec Hogg

(Bloomberg Gadfly) — Steinhoff just got its own pound shop bargain.

Poundland, the discount store, on Wednesday recommended a cash offer of 222 pence per share from South African retailer Steinhoff, valuing it at just under 600 million pounds ($795 million).

The seller of cheap goods from selfie sticks to school folders should count itself lucky. Life hasn’t been a plastic picnic set since it first issued shares in 2014.

It reported a jaw-dropping 84 percent slump in pre-tax profit in the last financial year, the result of a messy acquisition of 99p Stores, a vicious supermarket price war and an increasingly crowded bargain basement retail market.

Before Steinhoff started showing interest, snapping up a 23 percent stake in mid-June, the shares had almost halved from their 300 pence initial price.

Shareholders normally balk at selling out below last year’s high. But the fact is that the current 220 pence cash offer, plus a 2 pence dividend, is a pretty decent 40 percent premium to where the shares were trading before the prospect of a bid.

Steinhoff has just got a big discount given the drop in the pound since the U.K. voted to leave the EU. And it should also be able to generate some decent synergies through integration with Pep & Co, its value clothing chain, and discount store Guess How Much!

It had a perfectly legitimate get out of jail free card to walk away from Poundland after Brexit. Concerns about the health of the British consumer are deepening, and the rout in the pound means that stocks of seed-planting trays and mini paddling pools will now cost much more to buy from Asian suppliers, as they’re priced in dollars.

Perhaps Poundland could have squeezed Steinhoff for more. After all, this is the company that was on the verge of letting a third deal slip away — 2016 has already seen it back off from a 1.4 billion-pound cash proposal for Argos, and find itself on the wrong side of a quick-fire bid battle for French electricals retailer Darty.

And Steinhoff probably could have afforded to pay more. A deal would still have been accretive to earnings at 250 pence per share, according to Bloomberg calculations.

But Poundland is right not to be greedy, and to accept the offer. It’s got a deal in hand, and if there’s another bidder out there prepared to pay more, then they’ll likely soon emerge.

In an economy headed for trouble, Poundland is well-placed to capitalize on a more-thrifty consumer. But it’s also in a bind: its hard commitment to a singe price point would mean a big struggle to pass on rising sourcing costs to consumers.

Management has been slow to change its format to allow prices set higher than one pound. It has just six Poundland & More multi-price outlets. Transforming its whole estate to so-called “multi-price” would have been time-consuming and costly, and eventually would raise questions on the fundamental principle of operating shops that offer everything for a pound. One Pound Twenty Land doesn’t have quite the same ring.

An acquisition by Steinhoff will make it much easier to move to a multi-price format. Folding in some other products such as clothes and co-branding with existing shops, for example, could give Poundland the license it needs to tinker with its format.

So it looks like Steinhoff has got Poundland for the chain’s trademark “amazing value.” It’s still taking on plenty of risk, because the British retail environment is spectacularly unsettled. It might find that today’s bargain doesn’t look so hot in a few month’s time.