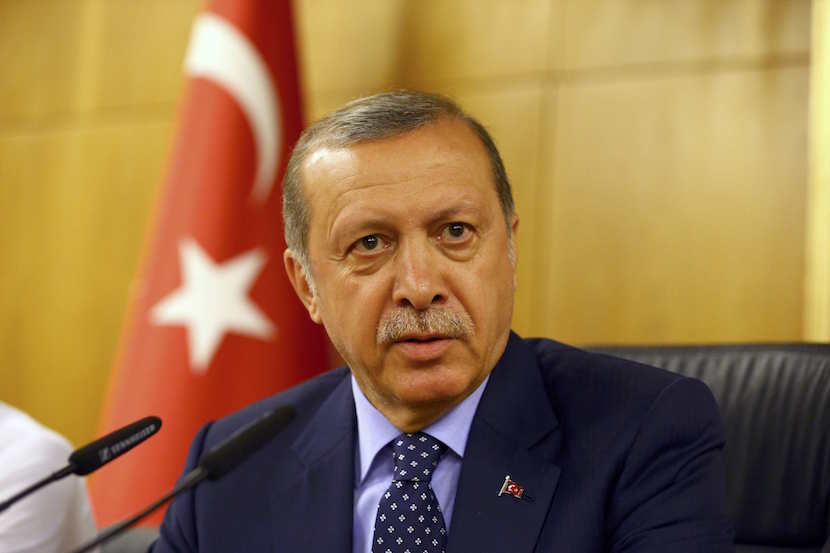 Zimbabwe and Venezuela serve as useful examples of South Africa’s possible future. Now there is another living alternative in Turkey, which was rocked over the weekend in an attempted coup driven by a faction of the military establishment. Military coups were commonplace in Turkey during the past century. From all accounts, this particular one was appallingly badly organised, described by one commentator as “more what you’d expect in Africa than Turkey”. That raises suspicions controversial Turkish President Erdogan was well aware of what was coming and might even have allowed it to progress to use its crushing as an excuse to consolidate power. It is certainly strange that many of the supposedly revolting soldiers were conscripts. And that of the 6 000 people arrested in the wake of the coup, an astonishing are 2 745 judges. How Erdogan justifies so many members of the judiciary being targeted is uncertain. But historians will remind us that authoritarian rulers from Hitler to Stalin, Mao to Mugabe have applied unusual tactics to enforce their will. Erdogan’s insistence on bringing back the death penalty to punish the plotters sends another chilling signal. International investors are taking note with even the high risk capital now leaving Turkey by the bucket loads. On this very special day, South African democrats should take note. If there were a poll for an anti-Mandela among global leaders, Erdogan would be a prime contender. – Alec Hogg

(Bloomberg) — Fresh from an election victory that secured his party’s rule for four years, Prime Minister Ahmet Davutoglu in January assured investors in London that Turkey was a safe place for their cash. Four months later he was forced to resign and two months on from that, F-16 fighter jets bombed parliament in a coup attempt.

Already embroiled in Syria’s war, a conflict with the Kurds and beset by a string of terrorist attacks, Friday’s failed plot to topple President Recep Tayyip Erdogan risks shattering what’s left of Turkey’s image as a stable country that can attract enough investment to finance one of the highest current-account deficits among G-20 economies.

After more than a decade in power, the unrest threatens to further erode Erdogan’s legacy as the man who helped Turkey turn the page on years of turmoil that culminated in hyper-inflation and bank failures before the AK Party he co-founded won elections in 2002. Opponents blame the instability on the 62-year old leader’s quest to consolidate power into his office instead of parliament. He says a presidential system serves Turkey’s interests best.

Hours before tanks rolled through the streets of Ankara and Istanbul to seize power, things didn’t look that bad for Turkey’s assets. Helped by speculation that global interest rates would remain low, and optimism over Erdogan’s move to repair ties with Russia and Israel, the lira had rebounded more than 6 percent from a record reached in September. The benchmark stock index rose 0.3 percent at the close on Friday, extending this year’s gain to 15 percent.

That confidence evaporated when an army faction announced the coup Friday, with the currency plunging almost 6 percent against the dollar. As confusion reigned over Erdogan’s fate, global stocks retreated and an exchange-traded fund tied to Turkish shares fell 2.5 percent.

Sacked or detained in Turkey since coup attempt:

By Saturday morning, the president and his supporters had restored order and moved swiftly to exact revenge on their opponents. More than 6,000 people, including military personnel, judges and prosecutors, were detained.

Some investors said they’ll now want to see to what extent the crackdown tightens the Islamic-rooted AKP’s hold on power and enables Erdogan to bolster his authority.

“The unsuccessful coup means that Erdogan will make political and economic changes, potentially tighten the grip on sectors of the country’s economy, and drop an iron fist on his opponents,” Bruce McCain, who helps oversee $35 billion as chief investment strategist at Key Private Bank in Cleveland, said in a phone interview.

“This might be a long-term process, but this can mean that Turkey will be a no-fly zone for investors a few years down the road,” he said.

Capital flight would damage Erdogan’s pledge to turn Turkey into one of the world’s biggest 10 economies by 2023, a century after Mustafa Kemal Ataturk founded the republic. He’s also building a financial center on the Asian side of Istanbul to serve as a regional banking hub.

“No need to worry,” the former Merrill Lynch banker said on Twitter. “Turkey is normalizing rapidly after the coup attempt was repelled by the nation. Our country’s macroeconomic foundations are solid.”

Even as global economic growth struggles, Turkey’s gross domestic product has beaten estimates since the fourth quarter of 2014, thanks to rising household spending driven in part by millions of Syrian refugees. The economy grew 4.8 percent in the first three months this year.

“The short term is likely to remain volatile,” he said.

Of $15.8 billion foreigners poured into the country in the first five months this year, only $2.3 billion were in net direct investments, down 50 percent from the same period a year earlier. The rest were inflows into its stocks and bonds, or so-called hot money, as well as other investments such as loans to banks and companies.

Attacks by Islamic State followers that killed hundreds in Ankara and Istanbul — including a suicide bombing at its main international airport — have battered tourism, a source of foreign cash needed to finance the current-account deficit.

The shortfall is set to reach 4.5 percent of GDP this year, the third-highest among G-20 members, according to estimates compiled by Bloomberg. Economic growth for the year is set to slow to 3.5 percent, according to a Bloomberg survey of economists.

“Turkey’s political climate is about to become even more oppressive and authoritarian,” according to an e-mailed note by analysts Naz Masraff and James Sawyer at political risk consultants Eurasia Group.

“With an attempted coup of this scale, investors already cautious due to past crises will be even more skeptical about Turkey’s business environment and the government’s ability to maintain macroeconomic stability.”