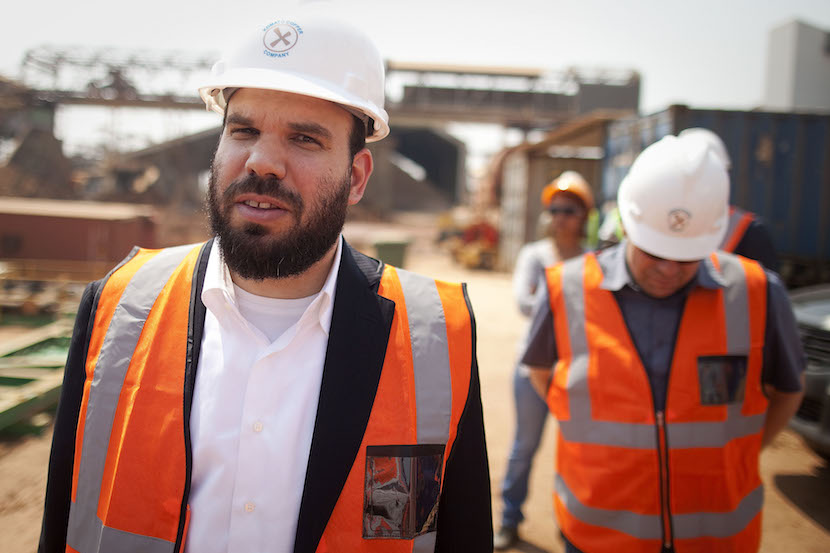 I’ve just finished reading former SA Revenue Services executive Johann van Loggerenberg’s book on his troubles, caused primarily by enemies who manipulated gullible journalists. This has become a popular pastime for the corrupted. Simply put, this is how it plays out: First, deny the truth. Then present your version of it. Next, use those under your influence to peddle the pork pies. And continue republishing the lie so that after it has been repeated often enough, everyone believes it. The latest developments around DRC “business practices” will quickly relate. This week, the African unit of the world’s fifth biggest hedge fund, Och-Ziff, was fingered for corruption by US courts. The company admitted its role and paid a hefty $412m fine. But the central figures in the sage, DRC President Joseph Kabila and Israeli diamond mogul Dan Gertler, are proclaiming their innocence. For background, they have been close since then 30 year old Kabila assumed power when his father, Laurent, was assassinated in 2001. Kabila is remembered by the international investment community as the man who in 2010, by Presidential decree, withdrew Tullow plc’s oil exploration licence in the eastern DRC to make a gift of it to companies owned by family members of South African President Jacob Zuma. Kabila and Gertler have now brought multinational mining group Glencore into the story. What was that about getting fleas? – Alec Hogg

(Bloomberg) — The Democratic Republic of Congo defended Israeli billionaire Dan Gertler’s business dealings in the mineral-rich country, five days after he was linked to a bribery investigation by U.S. authorities.

“For us an attack on him is an attack on the Congo,” Barnabe Kikaya Bin Karubi, President Joseph Kabila’s chief diplomatic adviser, said in an interview Tuesday in the capital, Kinshasa. “Mr. Gertler’s businesses are legitimate. He pays his taxes, making a good contribution to our government in monetary terms.”

Och-Ziff Capital Management Group LP’s Africa unit last week agreed to plead guilty to a charge of conspiring to pay off officials in Congo as part of settlements with the Justice Department and the Securities and Exchange Commission. Och-Ziff itself agreed to pay $412 million in fines and penalties to settle conspiracy allegations related to bribery by the unit in Congo and other African nations.

One of the hedge fund’s partners, referred to in the SEC order as an “infamous Israeli businessman,” was identified by a person familiar with the matter as Gertler.

Gertler, who also partners with Glencore Plc, among others, in mining ventures in Congo, has consistently denied paying bribes. He hasn’t been charged with an offense and wasn’t mentioned by name in either the settlement with the SEC or the ones with the Justice Department.

A spokesman for Gertler declined to comment further. When the settlement was announced last week, a spokesman for Gertler’s Fleurette Group said that the firm “vigorously contests any and all accusations of wrongdoing in any of its dealings in the DRC including those with Och-Ziff. The Fleurette Group and Dan Gertler strongly deny the allegations announced today, which are motivated by a hedge fund trying to put behind it problems sparked by people that have nothing to do with Fleurette.”

Glencore hasn’t been charged or linked with any wrongdoing in Congo.

Political instability has riven Congo this year as Kabila’s second and final term expires in December. While the electoral commission says a vote won’t be held for another two years, opposition supporters have called on him to leave office and street clashes over the past month have left at least 50 people dead. Kabila has been in power since 2001.

A close friend of Kabila, Gertler has operated in Congo for almost 20 years. He originally traded in rough diamonds before buying stakes in copper, cobalt, gold and oil projects. Och-Ziff lent companies controlled by the Israeli businessman more than $250 million to buy and develop some of those projects, according to the deferred-prosecution agreement with the Justice Department. The unnamed businessman paid bribes worth millions of dollars to Congolese officials, it said.

Glencore and Gertler first teamed up almost a decade ago to develop mining at Mutanda and Katanga. The $1.8 billion Mutanda copper project is central to Glencore’s global copper expansion plan. It’s even more important for Congo, Africa’s largest copper producer — Mutanda produced more than any other mine in 2015.

Gertler “brought in the likes of Glencore,” Kikaya said. “If Glencore is here, it is thanks to Mr. Gertler.”

Baar, Switzerland-based Glencore said it is “aware of the matter and the allegations,” according to an e-mailed statement on Friday, referring to the settlements. “Glencore takes ethics and compliance very seriously and is considering this information.” The company declined to comment on Kikaya’s remarks.

Former United Nations Secretary-General Kofi Annan’s Africa Progress Panel and London-based transparency campaigners Global Witness have criticized the secrecy around Congo’s sale to Gertler’s companies of stakes in Mutanda and other copper projects. The government and Gertler have denied repeatedly that he got preferential treatment.

Gertler is worth an estimated $2.2 billion, according to the Bloomberg Billionaires Index. He first arrived in Congo two decades ago, at a time when no other businessman would venture into the country, Kikaya said. Since then, the 43-year-old investor has shown a commitment to working and staying in the country on a long-term basis, creating thousands of jobs wherever he operates, Kikaya said.

“We don’t want one Gertler, we want 10 Gertlers,” he said. “We want 10 or 15 Gertlers to come and believe in the Congo and work with us in terms of changing this place.”

Kikaya rejected the allegations that Congolese government officials had accepted corrupt payments, saying he had read the court documents.

“I did not see any proof,” he said. “There are innuendos and suggestion. I did not see written proof, written evidence.”

Kikaya defended Kabila’s record, saying the president has created structures at the finance ministry to deal with money laundering and corruption.

Congo ranks 147th out of 168 countries in perceptions of corruption, as measured by Transparency International, the Berlin-based anti-graft campaigner.

“Of course, all of these structures are still in their infancy, but they exist and that shows that we have that that craving to put an end to corruption and everything else,” Kikaya said.