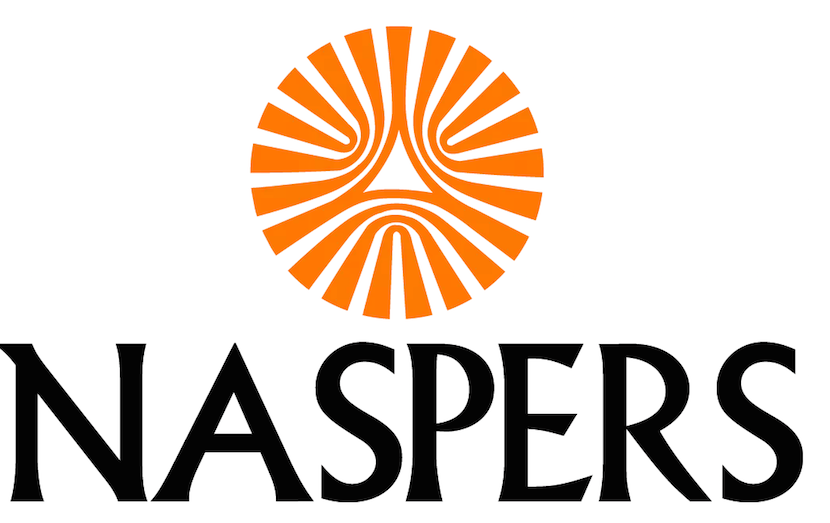 Creator of the modern Naspers, chairman Koos Bekker, possesses the irresistible combination of being both smart and lucky. But even he needed the added ingredient of courage to trigger the greatest private equity investment of all time – a punt which transformed a small African print and satellite TV business into one of the world’s most valuable media companies. In the very early years of the Internet, Bekker and then right hand man, the late Antonie Roux, formulated a “mud on the wall” strategy. They would throw Naspers’s money, much of it borrowed, at a small pond of emerging market internet businesses, believing some of it would stick. Just weeks after having to write off $80m on China’s largest ISP – which went bust – they wrote out a $34m cheque for half of a small Hong Kong business called Tencent. Today that stake dwarves the value of all the company’s operating assets and its other investments. We all struggle to get our heads around the concept of exponential businesses. But when you do, the rewards can be massive. Bekker “gets” exponentiality. That much is evident by his steadfast resistance to many calls by many shareholders over many years for Naspers to cash in its Tencent stake. With the Naspers market cap now at a $16bn discount to its Tencent stake, those who missed the boat will surely be considering climbing aboard. – Alec Hogg

(Bloomberg) — Fifteen years ago, a South African media company invested $34 million in an obscure Chinese Internet developer. Today that stake is worth $88 billion.

All Naspers Ltd., now Africa’s most valuable company, has to do is figure out how to make money from its other properties: The whole company is worth only $72 billion, less than its stake in Shenzhen-based Tencent Holdings Ltd. Investors aren’t impressed with Naspers’s operations in pay-TV, newspapers and e-commerce in such countries as South Africa, Russia and India.

To win them over, Chief Executive Officer Bob Van Dijk has launched an aggressive push to sell some assets, invest in others and expand operations such as classified advertising into new markets. If it pays off, comparisons with Tencent could become more flattering.

The valuation gap is an “opportunity for long-term investors who have done their homework” on Naspers’s e-commerce components, said Ruan Stander, a money manager at Cape Town-based Allan Gray, which owns Naspers shares. “The headline accounting numbers can mislead you into thinking these businesses are failing,” yet they need a period of loss-making to establish themselves in the marketplace, he said.

On Tuesday, Naspers said it would combine Ibibo, a travel business in India, with competitor MakeMyTrip Ltd. to boost their presence in the South Asian country. Last week, Naspers agreed to sell Allegro, a Polish online auction site, for $3.25 billion, saying the sale was “consistent with the group’s strategy to find and unlock value for shareholders.” Shares rose after both announcements, bringing Naspers’s gains in Johannesburg this year to 7.1 percent.

The company also hired Citigroup Inc. Managing Director Fahd Beg as deputy chief investment officer, people familiar with the matter said, a move that boosts the company’s team of executives scouring the planet for the next Tencent-style success story.

To make more money from its operations, Naspers will have to overcome a threat to its satellite TV business from new competitors and e-commerce activities that lost $693 million in the last fiscal year. Companies such as classified-ad business OLX operate in 40 countries, yet only 10 are cash-generative, according to Bloomberg Intelligence media analyst Tal Smoller. Naspers-owned Flipkart may be India’s biggest online shopping hub, yet the e-commerce market in that country is still nascent, she said.

“The key to Naspers doing more than merely tracking Tencent’s performance will be the extent to which they can successfully monetize these e-commerce assets,” said Sean Ashton, chief investment officer of Johannesburg-based Anchor Capital.

Naspers, which started out as a newspaper publisher in 1910 before expanding into TV in the 1990s, bought the Tencent stake under then-CEO Koos Bekker in 2001. Since then, Tencent has developed WeChat, an instant messaging app that has 805.7 million monthly active users. Even China’s economic slowdown isn’t hurting its fortunes.

“More advertisers might choose to place ads with Tencent in times of downturn, since its platform might be more effective than offline channels,” said Yu Jianpeng, a Hong Kong-based analyst at ICBC International Research Ltd. “One of Tencent’s biggest strengths is the traffic it generates as a social media platform, making it an attractive game distributor.”

Though Tencent accounts for half of Naspers’s revenue and almost all its earnings before interest, taxes, depreciation and amortization, the South African company does have some successful operations. Its pay-TV business, Multichoice, has close to 10 million subscribers in 49 sub-Saharan African countries and broadcasts international sports and hit dramas like “Game of Thrones” and “The Walking Dead.”

Naspers has stakes in about 45 technology and media companies around the world, including U.S. online-learning provider Udemy and Souq.com, known as the Amazon.com of the Middle East. The Dubai-based online retailer is planning to sell a block of about 30 percent that would give the company a value of at least $1.2 billion, people with knowledge of the matter said last month.

But Multichoice faces new competition from entrants such as Econet, owned by Zimbabwean businessman Strive Masiyiwa. StarTimes, a fast-growing Chinese rival, has also enjoyed “rapid growth on the continent by targeting the mass market with bouquets for as little as $3,” Priscilla Tirvengadum, an analyst at Dataxis Africa, said in e-mailed comments.

Slowing sub-Saharan African economies are causing Multichoice customers to cancel subscriptions that can reach $88 a month. Meanwhile, increasing availability of broadband has allowed Netflix to start in South Africa and Nigeria and given internet users the opportunity to access video over Google Inc. and Facebook Inc. Naspers pay-TV CEO Imtiaz Patel says that’s a concern because they are unregulated.

The video-entertainment unit, which includes Multichoice, lost 288,000 subscribers in the 12 months through March, while trading profit declined by 17 percent. The poor performance of the video-entertainment business prompted S&P Global Ratings to revise to negative its outlook on Naspers’s BBB- rating, only one notch above junk status.

Patel says Naspers plans to broaden its appeal to those who don’t want to pay for premium packages. Last year, the company launched its answer to Netflix, an online video offering called Showmax.

“Our 2016 year was a tough financial year, especially with African currency devaluations, but we have reviewed the business strategy, moved the English Premier League football to our lower priced Compact bouquet and did not implement any price increase for the year,’’ Patel said.

Yet, while Naspers grapples with pay-TV and e-commerce, Tencent goes from strength to strength. Net income soared 47 percent to a record 10.74 billion yuan ($1.6 billion) in the second quarter, as the company splashed out on mobile games and content — prompting user numbers to mushroom and online advertising revenue to jump 60 percent.