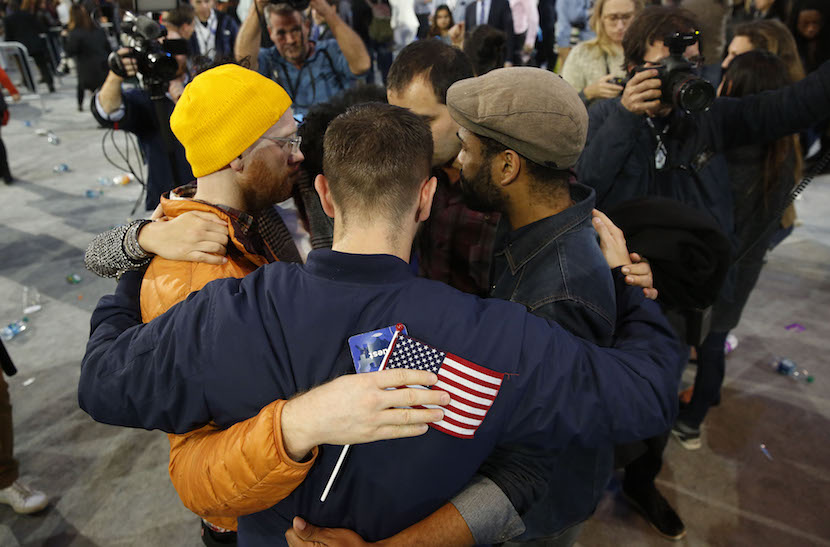 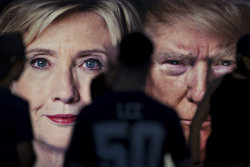 A concern pre the US election was how Donald Trump was going to react had he not won. In the build up he spoke of not accepting such an outcome a statement which threw the democratic principles the United States was founded on, on its head. And while we won’t get to see Trump’s reaction to losing these elections, many may question opposition candidate Hillary Clinton’s reaction. Hollywood reporter Pamela McClintock was backstage at the Democrats election-night party but it turned out to be a dull affair. Below is her back-stage story, one that involves crying, no shows and a group of defeated people. – Stuart Lowman

(Hollywood Reporter) – Early Tuesday evening, the VIPs granted backstage access to Hillary Clinton’s election-night party at the sprawling Javits Center in New York City were all smiles as they adorned themselves with tiny temporary “H” tattoos in support of the country’s first female Democratic presidential nominee.

But when the first two states, Kentucky and Indiana, were called in favour of Republican contender Donald Trump, a roller-coaster ride ensued for the attendees, according to a Hollywood studio executive invited to the Clinton bash.

“Everyone is putting on a good face, but starting to get worried,” recounted the executive, who wished to remain anonymous.

Defying the polls, Trump began winning state after state, while a number of battleground states were too close to call.

“Really tense here. Great friendly crowd and incredibly diverse, but this is a nail biter. This will be the most depressed crowd ever seen at a pubic event if things don’t go her way,” the executive wrote later in the evening.

Not long after, one of the battleground states – Virginia – was called in Clinton’s favour. “Huge cheers for the latest update,” noted the executive.

But the optimism was short-lived.

“It’s getting really bad,” said the executive. “So bad, people are crying.”

Around 9 p.m. ET, the VIPs backstage began making their way to the floor of the Javits Center, where Clinton was scheduled to take to the podium.

“I’ve never seen a more defeated group of people,” said the executive. “And truly scared for our country.”

Ultimately, Clinton was a no-show. Taking her place was her campaign chairman, John Podesta.

Not longer after, Hillary Clinton called Trump to concede the race.