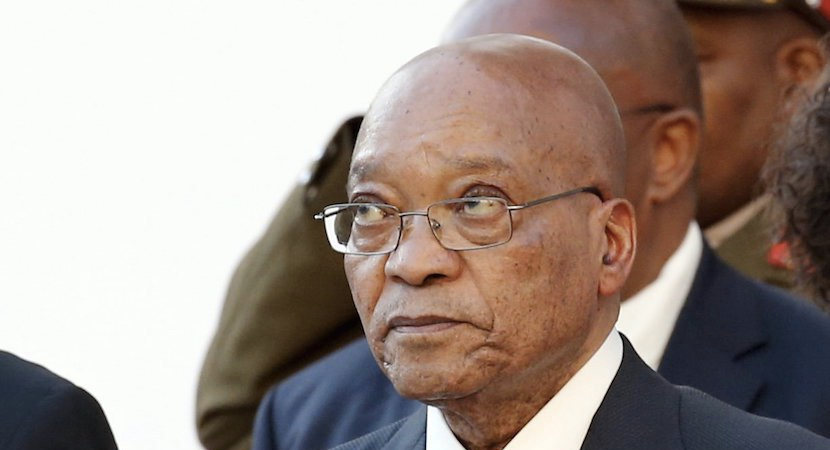 South Africa is sinking so swiftly in the quicksand of moral decay that corruption and state looting have become institutionalised. An influential London-based newspaper has highlighted the astonishing reality there is so much corruption and crime across all levels of government that it no longer makes the headlines that a country’s high commissioner has finally been sacked over revelations that she is a convicted drug trafficker. The Times reports the case of Hazel Ngubeni, a former air hostess who went to jail for operating as a drug mule before emerging from jail and somehow managing to inveigle her way into a job as a diplomat. As extraordinary as that might seem, Ngubeni is not the only diplomat with a dark cloud of controversy hanging over her head. Another diplomat is still based in London even though he had large unexplained cash sums in his bank account. The Times paints a picture for its readers of a ruling party that has positioned thieves across all levels of government, with President Jacob Zuma presiding over a shameless strategy to tap state resources for personal gain. The ANC seems to be oblivious to the reality that this is not how a democracy is run and that it is looking more like an organised crime syndicate than a collection of noble freedom fighters. While ANC leaders keep their eyes shut and grab whatever they can, other governments must surely be pondering whether it is time to relegate South Africa to the diplomatic sidelines. Which global citizens can be happy knowing that South Africa’s diplomats can skirt laws for criminal objectives? – Jackie Cameron

Cyril Ramaphosa’s challenge to the corrupt president is a last chance for ANC and the nation, writes Jenni Russell in a scathing review of the state of South Africa for The Times.

The media outlet has pointed to the case of the South African high commissioner to Singapore who was finally sacked four months after a newspaper exposed her criminal past.

“It had not been the diplomat’s first smuggling arrest. Four years earlier she had gone on trial in South Africa for importing nine kilos of heroin in her suitcase; after the witnesses mysteriously declined to testify, her trial collapsed. Hazel Ngubeni had omitted to declare her conviction to the authorities, and months of security vetting had apparently been unable to uncover these basic facts,” says Russell.

“Until that point officials had managed not to notice that the high commissioner was a drug trafficker who had served a two-year sentence in an American jail for smuggling cocaine while working as an air hostess,” she says.

Highighting that the Ngubeni case is not an isolated incident, Russell outlines how the high commissioner to Britain also failed his vetting. And, although he had too many large unexplained cash sums deposited in his bank accounts, he remains in London today.

“Neither of these stories caused more than a ripple in the news. They are competing with so many daily accounts of lies and corruption that they cannot make an impact. The ANC under President Zuma is running a country where official thieving, from the government and police chiefs downwards, is commonplace and rarely punished,” says Russell.

Other news outlined in her piece includes:

The Times notes that “such institutionalised corruption has led the ANC into its greatest crisis since the end of white minority rule in 1994″, with Zuma putting all his power and energy into preventing being jailed for corruption.

“The power struggle over the next year will determine South Africa’s future. If Zuma and his allies retain power and undermine the last institutional defences against corruption, the country will be on the road to becoming another Zimbabwe by 2019,” Russell reckons.

“If Ramaphosa can persuade the party to back him, he might just pull both state and party out of decline. The nation is in desperate need of it, with poverty and inequality entrenched, zero growth last year and unemployment at more than 26 per cent. Fight, the beloved country,” she adds.