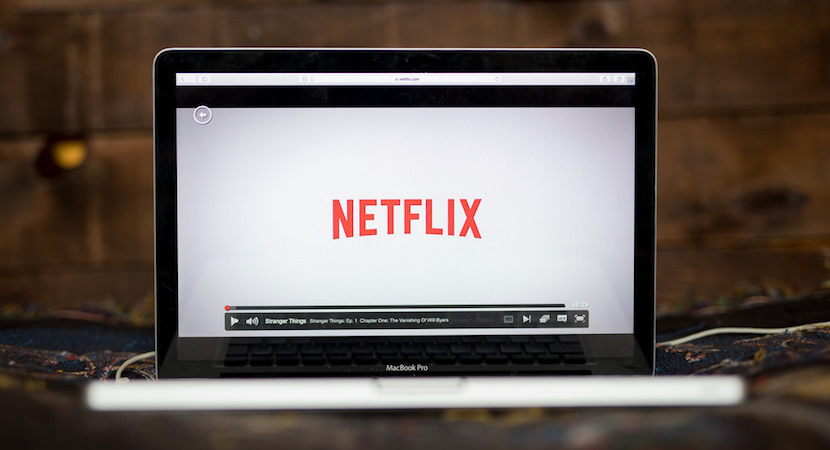 Jokes aside, no installation required. pic.twitter.com/HuAPM8Npzs

On a more serious note, Netflix has captured the homes of many avid viewers in South Africa which has seen DStv subscriber numbers take a hit. And while Netflix subscriber numbers climb around the globe, Ted Black looks to decipher what the group’s critical number should be, other than actual subscribers. It’s an interesting analysis that will irk some investors and open the eyes of others because all business has a critical number, some may just not agree on what that number is. – Stuart Lowman

As Jack Stack highlighted in his book, ‘The Great Game of Business’ – every firm has a critical number. If you want change, do it with one number – not many of them. It’s why top-down driven ‘Balanced Scorecards’ don’t seem to achieve much in the way of improved results. The world is unbalanced – but predictably so. It operates on the 80/20 principle. Sometimes, it’s even more extreme – 1% of effort can get you 99% of results.

The critical number will change depending on circumstances facing your firm, but once you decide what it is, all the brains employed can be encouraged to focus on it – most often with remarkable results.

For Netflix, the critical number has been its global streaming membership. Will it continue to be the critical measure? Is it even more important than we realise? Or will another one emerge? 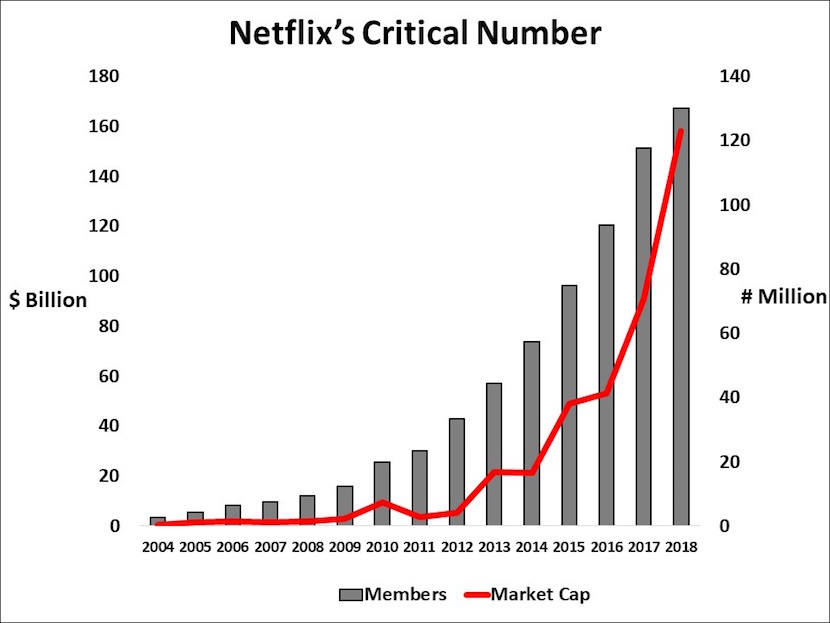 Today, membership exceeds 130 million and the climbing numbers correlate perfectly with the steep rise in market cap. The growth has been remarkable and has its roots in a clear value proposal for its customers – to deliver entertainment. This aim resulted in three changes in strategy since its IPO in 2002 and with those changes, the development of new skills to ensure success.

The company started by distributing VHS tapes, then DVDs, to homes using postal and delivery services. It drove the likes of Blockbuster and other video distributors into bankruptcy before cannibalising its own business to generate cash to invest in streaming technology.

That wasn’t enough to keep growing its customer base, so management started to develop its own content in competition with filmmakers and television broadcasters. In 2017 it spent more than $9 billion and will exceed that this year.

How many companies do you know who have made such shifts? Most focus on ‘continuous improvement’ of their ‘core strengths’ and carry on doing it while their markets have moved in a new direction. Before they know it, they drive the business more efficiently and cost-effectively but ever deeper into a swamp of diminishing returns. So let’s look at some of Netflix’s cost figures next. 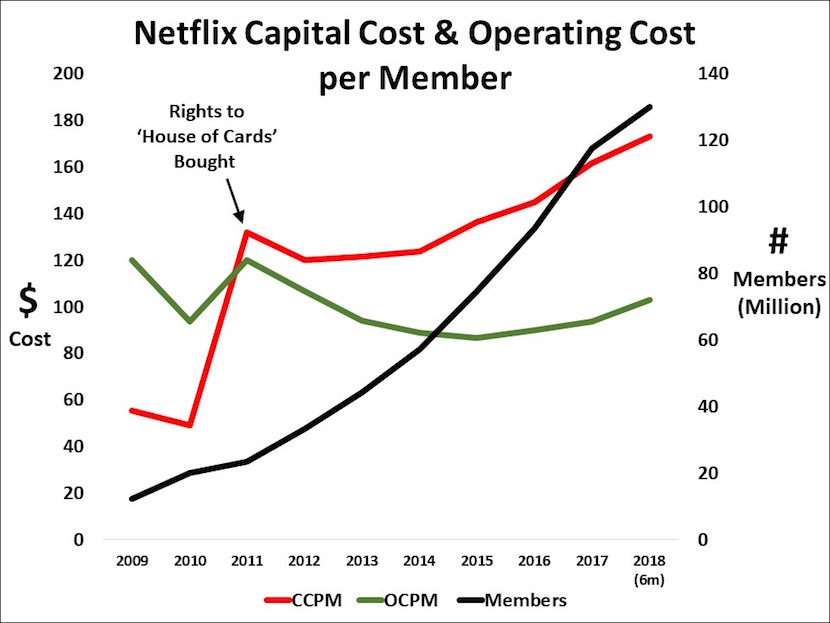 First are the income statement numbers. They show the trend for total operating costs and expenses per member (OCPM). From a height of $120 in 2011, they declined to $85 and then reached $100 in 2017. However, what about a ‘hybrid’ cost – the asset or capital cost per member? (CCPM).

Netflix CEO, Reed Hastings, unlike Jeff Bezos who puts cash first, seems more of a GAAP man. However, in his latest shareholder letter reviewing six months results in 2018, he does refer to “the non-GAAP financial measure of free cash flow and EBITDA”. He goes on to say they “should be considered in addition to, not as a substitute for or superior to other financial measures in accordance with GAAP”.

Maybe he should reconsider this view if you look at the next measure – the sharply declining sales productivity of the asset base. It’s decline has a hugely negative impact on the Cash ROAM% generated by his business. 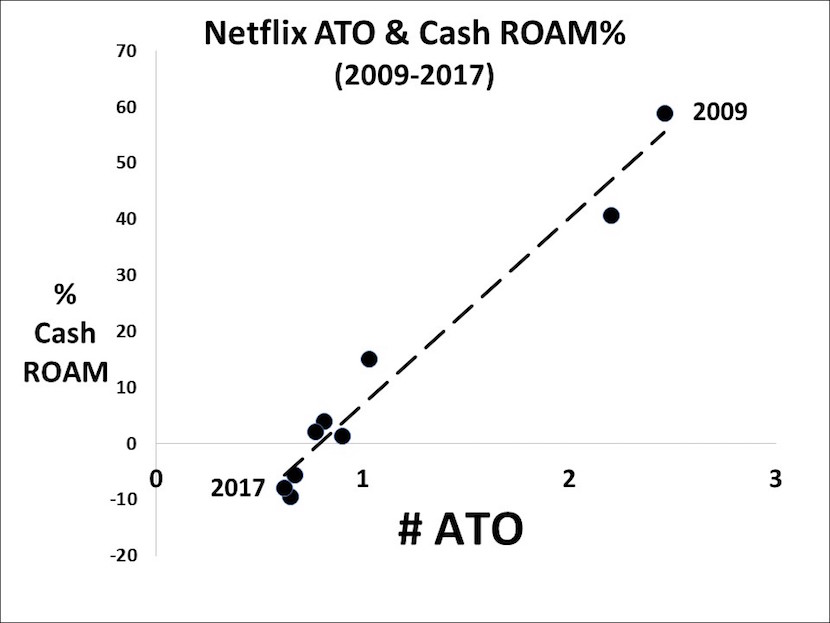 The first strategic marketing question – one that management rarely asks – is, “How many $s of sales do we generate for every $ of assets we manage?”

The next chart compares the Cash ROAM curve with Market Cap. 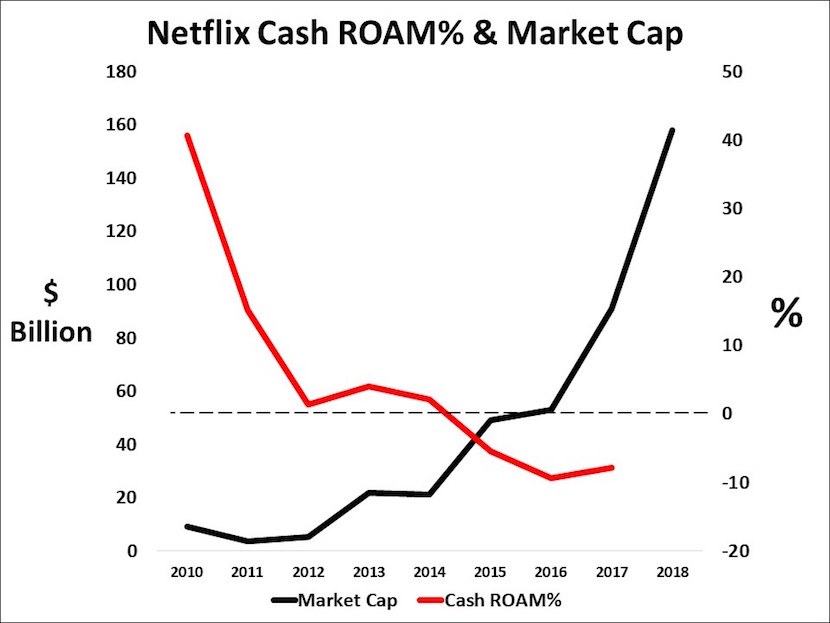 It tells us that investor belief in the company and expectations for success are very high but is management taking cash seriously enough? On that score, here’s another cash curve to consider – the economic profit curve. The average Cash Return on Shareholder Equity of the other FAANG companies last year was 35%. If you were to charge Netflix management 20% for Owner’s Equity, this is the picture since 2010. 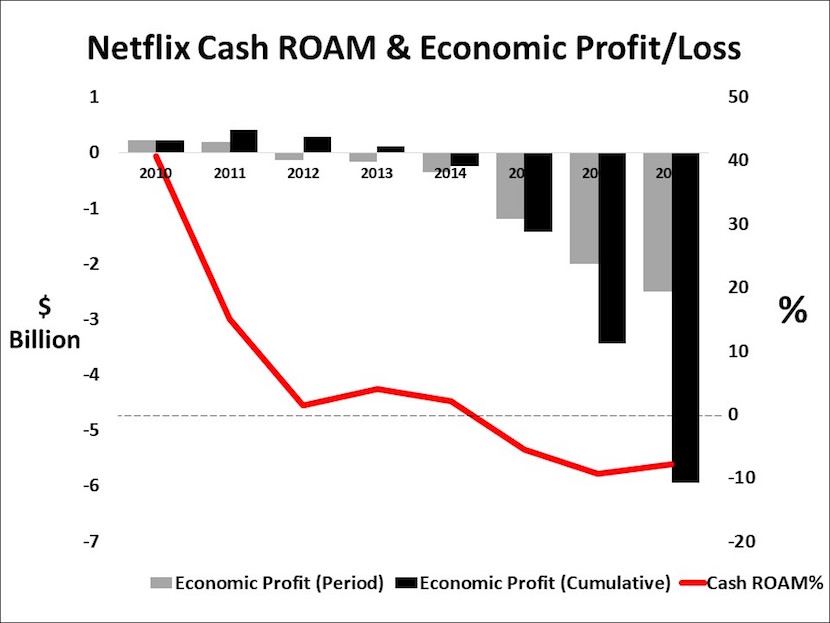 It shows the declining Cash ROAM curve and economic profit or loss by year and cumulatively. This combined with its negative Cash ROE of 50% sends a clear message. Maybe the Netflix Board should remind management of BCG founder Bruce Henderson’s comment. He said that a business is a cash compounding machine, or it is nothing – and sooner or later will be swept away.

Henderson may, or may not be right about being a cash machine, but even though it’s still early days, it does seem that Hastings will have to change his view on GAAP numbers. Like Bezos, should he and his team focus far more on cash and the sales productivity of their asset base than they seem to have done so far?