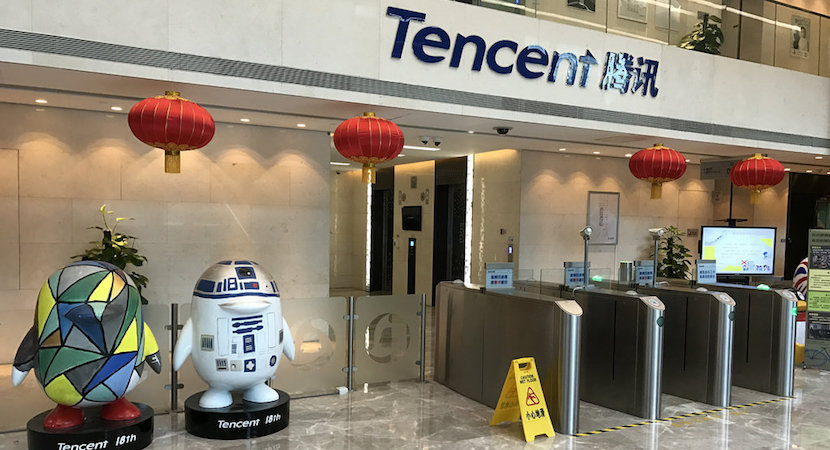 JOHANNESBURG — Most investors in South Africa have their portfolios – in one way or another – tethered to the fate of Naspers. Therefore, they should be concerned when reading this piece about Tencent – a company in which Naspers still has a 31% stake. It’s been a year of record losses in market value for Tencent – a company that previously looked unstoppable. It’s still a great technology business, but headwinds in China and slowing growth are proving challenging. If anything, this will prompt Naspers itself to further narrow down the discount in its share price in Johannesburg as well as continuing its diversification strategy when it comes to its global internet and e-commerce investments. – Gareth van Zyl

Not only has the Chinese Internet giant lost more market value than any other company worldwide this year, its 38 percent drop from a closing high in January is now the deepest since Tencent’s 2004 listing in Hong Kong. The stock has been mired in a downtrend for a record 259 calendar days and on Tuesday matched its longest streak of consecutive losses after falling for an eighth session. It has never fared worse relative to global technology shares. 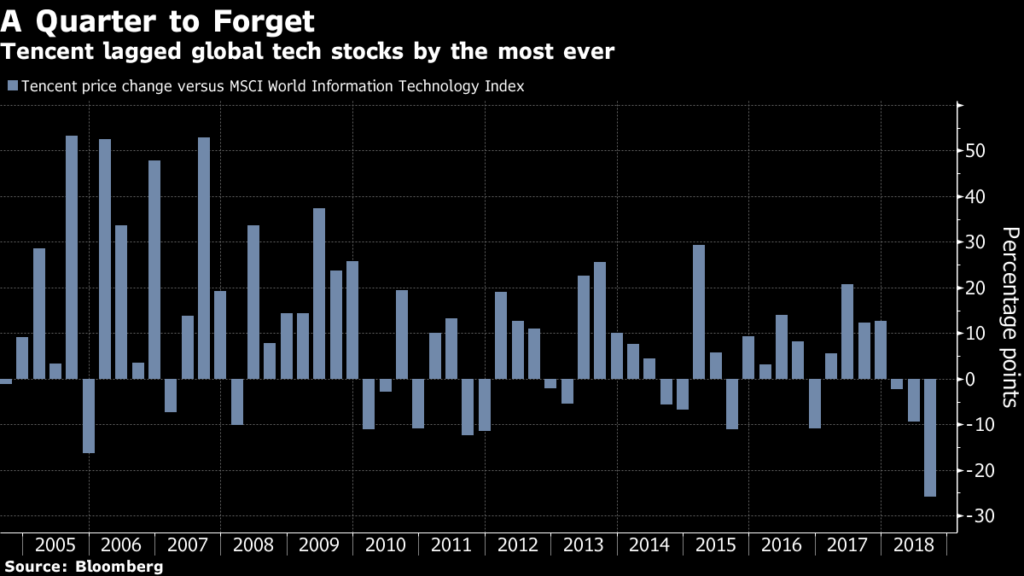 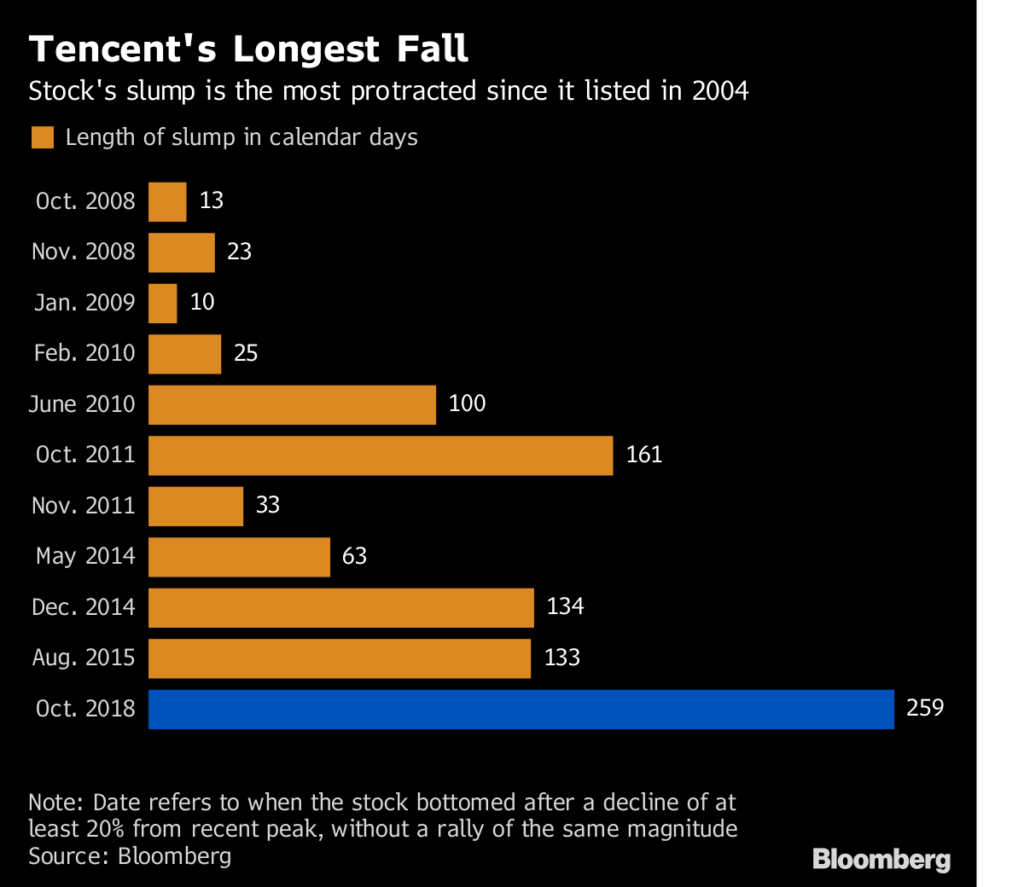 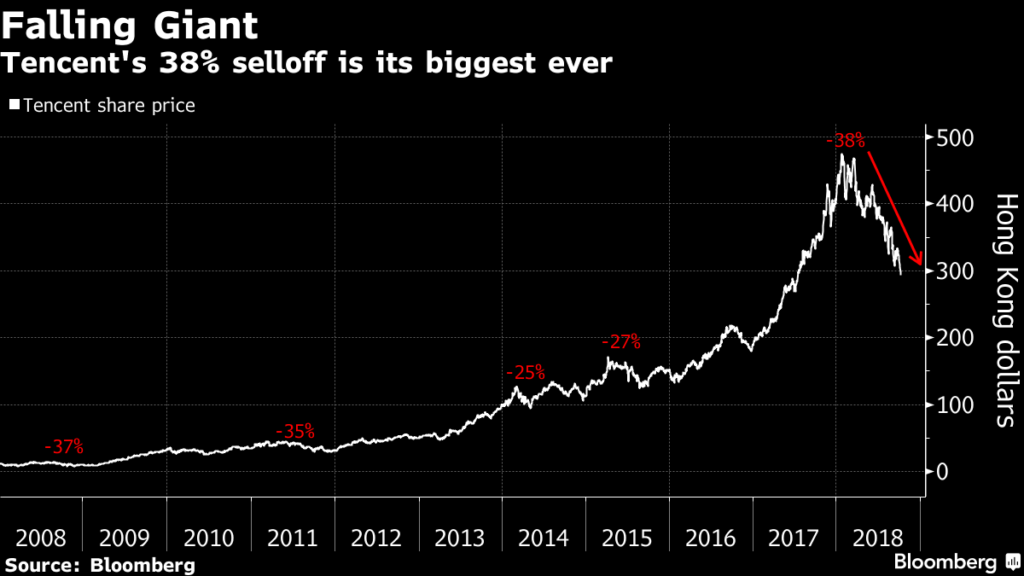 It’s a dramatic reversal for a stock that returned more than 67,000 percent from its initial public offering through January, by far the best performance among large-cap companies globally during that period. While Tencent’s hugely popular online games, WeChat messaging service and budding finance business made it a favorite of both institutional and individual investors, sentiment has soured after the company faced an onslaught of bad news this year.

The first blow came almost nine months ago, when global concerns over frothy tech valuations dragged down Tencent and many of its peers. In March, losses accelerated after Tencent warned of weaker margins and one of the company’s oldest shareholders said it was unloading a nearly $11 billion stake.

Read also: Here’s why it’s NOT game over for Tencent. MUST READ!

That was followed by a wave of selling from Chinese investors, Tencent’s first profit drop in at least a decade, and a regulatory bottleneck on game approvals in China. The stock, which commands the biggest weighting in MSCI Inc.’s global emerging markets index, has taken another beating in recent days amid worries about slowing Chinese growth and a weaker yuan. It fell 1.7 percent to HK$293.80 on Tuesday, its lowest close since July 2017.

One group that’s sticking with Tencent despite this year’s travails: sell-side analysts. All but one of the 49 forecasters tracked by Bloomberg has the equivalent of a buy rating on the stock, with the consensus 12-month price target implying a 52 percent rebound.

But given that those same analysts failed to predict the current selloff, investors may want to think twice about buying now. Even after its slump, Tencent is trading at 25 times projected earnings over the next 12 months, according to data compiled by Bloomberg. That compares with multiples closer to 20 when the shares bottomed after major declines in 2011 and 2008.