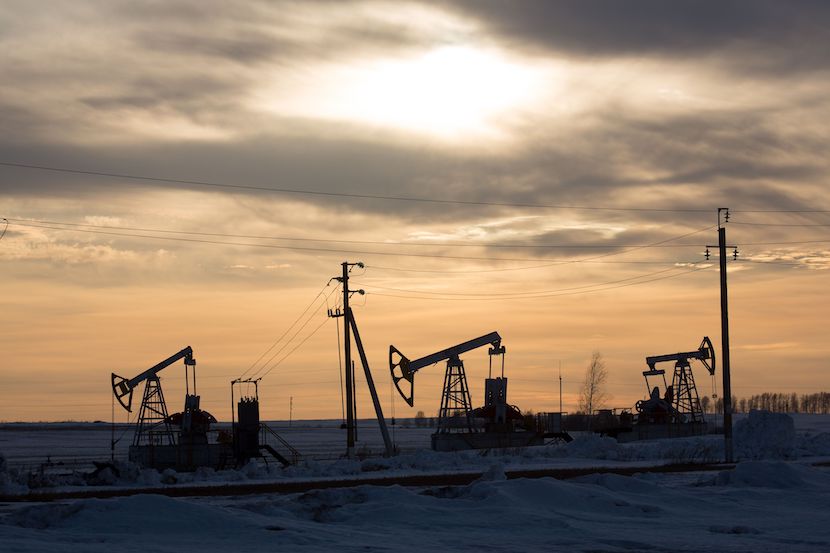 A collapse in oil prices earlier this week sent global markets into a rollercoaster ride, with panicked investors calling their stockbrokers and investment advisers to make sense of the mayhem. Although South Africa does not produce oil and could benefit from lower oil prices that could help keep a lid on inflation, even South African financial intermediaries were finding themselves trying to calm individuals who were very worried about the status of their savings and stock portfolios. The oil price war that sparked the volatility caught investors by surprise. Helping to make sense of why Russia and Saudi Arabia are clashing after enjoying a relatively sound relationship is Vitaliy Katsenelson, an analyst with the CFA designation who has been described, on Forbes.com, as the ‘new’ Benjamin Graham. He provides insights on what investors should be doing now in order to safeguard assets and maximise investment opportunities. – Jackie Cameron

Oil gets cheaper – What would Ben Graham do?

In terms of excitement, investing usually rivals watching paint dry. This has not been the case lately.

Let’s start with the good news first. From South Korea just reported its lowest daily number of new COVID-19 cases, at 69. This gives hope that the strategy of intensive testing and containment works (South Korea has tested hundreds of thousands of people). It’s also good news that the fatality rate of COVID-19 is likely to be less than 1% rather than close to 3% as originally feared. This decline is due to wider testing, which increased the denominator. A large number of people who were infected with COVID-19 exhibited only mild symptoms.

Now to the big, really new news. Saudi Arabia announced that it will increase oil production from 9.7 million barrels a day to 10 million and then to 12 million if needed. This news alone sent the oil price down 20% – and the whole stock market with it.

We understand the market’s reaction, but we don’t view this news as negatively as the market does. Let us explain what Saudi Arabia is trying to achieve.

Saudi Arabia and Russia have had a very cozy relationship over the last few years. Though Russia never officially joined OPEC (the cartel that controls 42% of oil produced globally and that consists mostly of Middle Eastern members), Russia coordinated with OPEC; and thus for a while OPEC became OPEC+ (almost like Disney+ but less entertaining).

However, over the last few months Russia has had a falling out with OPEC. The coronavirus has brought global travel to an abrupt stop and has thus reduced the demand for oil, while production (supply) has not changed. OPEC wanted to reduce production to stabilize the falling oil price. Russia refused.

We need to understand how both sides view oil. Saudi Arabia views its oil as a large but finite reservoir, and it tries to maximize its value over the long term. Therefore it wants oil prices to be not so high that the global economy is crippled and companies are forced to switch to alternatives, but not too low, either, since the Middle East (with the exception of Israel, which was blessed by not having oil) is a one-trick petrochemical pony. Thus, the Saudis are willing to sacrifice their revenues in the short run (by lowering their production) to increase the value of their oil reservoir in the long run (by keeping supply and demand in balance).

Russia, on the other hand, would love nothing more than a $100 or even $150 oil price. It would solve a lot of Russia’s budgetary problems, so on the surface the country’s interests seem to be aligned with those of OPEC. But here is the wrinkle: Today Russia cannot afford to think long-term. Unlike the Saudis, the Russians cannot afford to cut production. Russia’s budget is balanced (in theory) at $50 oil and current production levels. Lower volumes would bring higher prices in the long run but also result in a revenue decline in the short run.

So the Russians refused to go along with the Saudis’ proposed production cuts, and now Saudi Arabia has turned the tables by launching a price war.

This development could not come at a worse time for Russia’s fearless leader, Vladimir Putin, who through a series of Machiavellian moves (when the world is playing checkers he is playing 3D chess) is trying to extend his reign in office through a referendum that takes place on April 22.

This price war will impact not just Russia but the United States as well. The bulk of US production is coming from shale producers, many of whom are overleveraged and struggling. Low oil prices should permanently clear out the weakest players and semipermanently reduce the supply of US shale.

Historically, low oil prices have been a cause for celebration in the US, but that was in the days before the US became the biggest oil producer in the world. Now, the US is producing 15 million of barrels a day – but we are still consuming almost 20 million barrels a day.

The Saudis have started a forest fire to clear out dead wood. They are interested in higher oil prices and are willing to suffer through lower oil prices first. This is very bullish for some oil companies – the ones that will get scorched but remain standing after the forest fire. We own only one oil stock, Equinor, whose debt is AA-rated – it’s one of the strongest oil companies in the world. Believe it or not, though its price will not show it today, the price war is actually good news for Equinor in the long term (which, as a reminder, lies after the short term).

We get a feeling that the market is worried about second- and third-order effects of this move. Shale oil producers going bankrupt may cascade through the junk bond market and the banks that extended loans to shale producers. We reduced our exposure to financial stocks a few weeks back, and today we have a small position in State Street (in some accounts), which is a custodian of assets and not really a bank (it is not a lender).

What would Ben Graham do?

As I was writing this, I got an email from a client saying, “Your move, boss.” So here is our move.

I can only characterize our “move” as just another day at IMA. We are going to continue to seek out what we always look for globally – high-quality businesses that we can buy at a significant discount to fair value. We are prepared for the possibility that every decision we make today will look “wrong” tomorrow, as we have no idea how long the market decline will continue; and we are completely fine with that, as long as these decisions are proven right several years out.

Our focus is zoomed out from this or the next quarter – where our vision is fogged – to years ahead, where paradoxically we have a lot more clarity.

Writing this, I was staring at the screen for about an hour, struggling to say something I haven’t said before, and that you haven’t heard before, about our approach and why sticking to it is so vital for our success. Then I stumbled on a column by the wonderful Wall Street Journal columnist Jason Zweig, titled “What Benjamin Graham Would Tell You to Do Now: Look in the Mirror.”

Jason gives us some advice gleaned from Ben Graham (the father of value investing):

Forget about what the stock market is going to do. Instead, focus on what you, as an investor, ought to do….

First, determine whether you are an investor or a speculator. “The investor’s primary interest lies in acquiring and holding suitable securities at suitable prices,” Graham wrote. The speculator, on the other hand, cares mainly about “anticipating and profiting from market fluctuations.”

If you’re an investor, “price fluctuations have only one significant meaning,” according to Graham: “an opportunity to buy wisely when prices fall sharply and to sell wisely when they advance a great deal.”

“The investor who permits himself to be stampeded or unduly worried by unjustified market declines in his holdings is perversely transforming his basic advantage into a basic disadvantage,” warned Graham. He “would be better off if his stocks had no market quotation at all, for he would then be spared the mental anguish caused him by otherpersons’ mistakes of judgment.”

The primary reason many individuals fail as long-term investors, Graham said in 1972, is that “they pay too much attention to what the stock market is doing currently.”

As I read the above, I felt blessed to belong to the wonderful world of Ben Graham. Despite all the chaos and panic out there, Ben helps us put everything into the right perspective and maintain great clarity.

The prices you see on your screen today are the transitory manic depressive opinions of the often mentally unstable Mr. Market. (If I have offended Mr. Market, my apologies). Mr. Market did not carefully value your companies today and decided that they are now worth less. No, he woke up in a grumpy mood and indiscriminately marked them down as if they were overripe bananas at the grocery store. (You cannot have enough metaphors here.)

The stock prices on your screen say nothing about what these companies are worth. Nothing at all. But that is all that is going to matter in the long run. I promise you one thing: The value of your companies doesn’t change 8% a day, day after day.

It is easy to look at the current decline as a curse – it is anything but. We should regard it as a blessing. (I know it is hard to do this right now.) But if we look past today and tomorrow to a few years out, we can expect to see that this sell-off provided us the opportunity to add to existing positions on the cheap and add more high-quality but undervalued stocks to our portfolios.

I read a saying a while back: You make most of your money during bear markets; you just don’t know it at the time.

P.S. This is a great time to revisit the Six Commandments of Value Investing – a chapter from my future (yet, still unfinished) book, where I discuss Ben Graham’s principles of value investing in depth. You can read the chapter here or listen to it here.