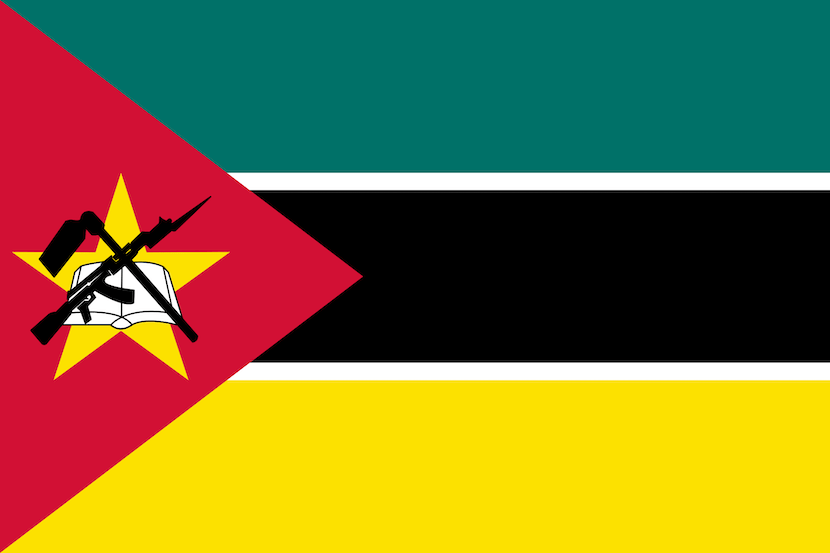 Islamic State is threatening the development of a natural gas project that could transform an impoverished area in Mozambique and is also a risk to stability in southern Africa. Earlier this month, Foreign Policy warned: “Mozambique shares borders with Malawi, South Africa, Eswatini, Zambia, Zimbabwe, and Tanzania — all members of the Southern African Development Community (SADC), a 16-country economic bloc collectively worth $721 billion. If the insurgency is not checked soon, it could spread throughout the region — threatening the peace and stability of the other member states.”  The gas project, led by Total SA, is under the guard of soldiers. In May, the BBC reported on massacres, beheadings and the brief seizure of two towns in the northern province of Cabo Delgado. This is where there have been significant natural gas discoveries and then you “suddenly have an insurgency…and there is very difficult not to see a link”, Liesl Louw-Vaudran, a senior researcher with the Institute for Security Studies (ISS) in Pretoria, is quoted as saying. She tells how Islamic State has been a “faceless enemy” in the region since 2017, but that recently the insurgents have been identifying themselves. In March, Islamic State claimed responsibility for attacks on army and police barracks through its Amaq news agency, reports Reuters.  – Editor

By Borges Nhamire and Matthew Hill

Companies led by Total SA will pump the gas from wells about 40 kilometers (25 miles) offshore, cool it to temperatures below minus 260 degrees Fahrenheit so that it turns to liquid, then ship it to electricity plants from France to China. The consortium is about to finalize almost $16 billion in project financing — another record for the continent.

“The work is immense,” said Ronan Bescond, the 44-year-old French chemical engineer who Total chose to lead the project after a career of nearly two decades at the company. “The first cargo of LNG must be in 2024. And we are on the right track,” he said to a handful of reporters in a prefabricated room at the site 32 kilometers south of the Rovuma River that marks the border with Tanzania.

The obstacles facing a project that’s expected to transform the impoverished southeast African nation are huge.

To achieve the target of first production for an undertaking worth billions of dollars more than Mozambique’s entire economy, developers need to move thousands of tons of equipment through territory thick with Islamic State-aligned insurgents. At one stage, a Covid-19 outbreak saw the Total site accounting for three in four of the country’s confirmed infections. All this as natural-gas prices plunged to near 25-year lows.

Militants who first pledged allegiance to IS in 2018 have carried out increasingly brazen attacks this year.

Last week, they raided Mocimboa da Praia for a third time, and occupied the town for as long as three days. It’s a crucial supply hub just 60 kilometers south of the project site and the closest port.

Before the gas discoveries and insurgency, the remote coastline was more famous for luxury tropical island resorts. Last month, one of the nearby hotels offered a discount price of $19,820 a night to hire out an island as a refuge from the coronavirus.

The private military company that Mozambique hired in April to provide air support to government troops in the form of helicopters fitted with machine guns has struggled to quell the violence. Lionel Dyck, the founder of Dyck Advisory Group, the firm the government employed, declined to comment when contacted by mobile phone.

This $23 billion natural gas project in Mozambique is the biggest private investment in Africa yet. The project is progressing, but faces major hurdles including the threat of Islamic State-aligned insurgents. #news https://t.co/JBKgeW7tix

Governments including South Africa, the U.S. and Portugal have indicated willingness to help fight the insurgency.

“The insurgency is a challenge but we’re happy that our defense and security forces have been playing their role,” Max Tonela, Mozambique’s energy and natural resources minister, told reporters during the June 19 site visit. “We all as Mozambicans must fight against this evil that comes from external attacks.”

About 1,300 people have died in the violence, with a further 220,000 displaced since the first attack three years ago, which also took place at Mocimboa da Praia.

For the second time, IS referred directly to the projects in a weekly newsletter this month. The group said that it would be “delusional” to think that the government could protect the investments, and warned other countries against getting involved.

The marginalization of young men in a region that’s predominantly Muslim and 1,900 kilometers away from the capital, Maputo, has helped lead to radicalization that’s fueled the insurgency, according to researchers including Saide Habibe at the Maputo-based Institute of Social and Economic Studies who have studied the origins of the fighters.

Total’s project will hire 14,000 people at peak construction, of which at least 5,000 will be Mozambican and many from the region, Bescond said at the briefing, wearing a surgical mask, as all visitors to the site must do to prevent another outbreak of the coronavirus.

The financial rewards are worth the cost to the government of the soldiers patrolling the vast compound and snipers on its perimeter fence — Total’s estimate is $50 billion in direct and indirect revenue over 25 years for the $15 billion economy.

This $23 billion natural gas project in Mozambique is the biggest private investment in Africa yet.

The project is progressing, but faces major hurdles including the threat of Islamic State-aligned insurgents. More @bbgafrica: https://t.co/uJcsV4iVJb pic.twitter.com/hjr5e90exY