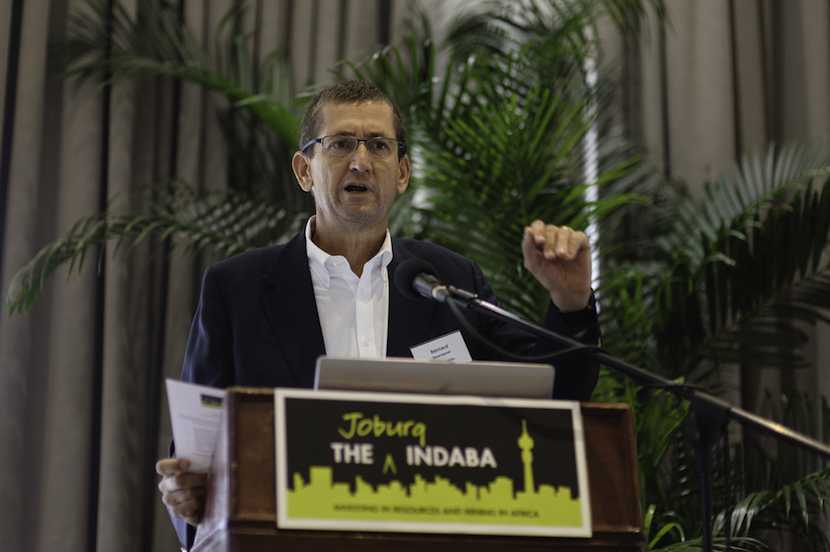 In a recent episode of Inside Investing, Alec Hogg caught up with the chairman of the Joburg Mining Indaba, Bernard Swanepoel. This is the first year in the Indaba’s history that the event has take place virtually.  – Jarryd Neves

Bernard Swanepoel is the chairman of the Joburg Mining Indaba. The once a year event, when we get the world of mining into Johannesburg – usually. Excepting this year, Bernard. It’s all been virtual. How has the difference been, having to squeeze the flesh, as it were, in the past, and now talking on Zoom screens?

Very different. Initially, when the lockdown happened, we thought we would have no Joburg indaba. We went back to our partners, sponsors and the mining companies. They all said, ‘let’s do it and let’s find a virtual platform.’ I must say with the MyPlanner platform, it has worked extremely well.

Technically, it’s working very well. In some ways it allows more people to attend because we are not constrained by the size of the venue. It has also enabled us to get some really heavy hitters. As much as Mark Cutifani would have flown out to South Africa in the past, we also managed to get Dr Mark Bristow, who is now the CEO of Barrick. This morning we spoke with Sir Mick Davis, ex Xstrata CEO. So on the one side, you give up a bit. On the other side, you gain a lot, I think.

Now, these are peers of yours. It’s interesting to hear you calling him Dr Mark Bristow. Of course, he’s a doctor, but I always thought his name was Bristow or Mick Davis was just Mick. They’ve really elevated into the world of mining. Well, I suppose from an investment point of view, they’ve done very well for those who followed them.

That’s the industry now. Industry has always exported talent – significant talent. Great people. Because I think it has been an industry which has been a proving ground and a training ground for good people. For the moment, perhaps it’s a one way stream. But if we get the industry to work again, we can also import great people again. So, certainly both Mark Bristow and Mick Davis refer to themselves as South African’s and refer to South Africa as ‘we’ and ‘our challenges.’ So I think we should be proud of what they’ve achieved, from their roots in South Africa

Just to recap on both of them, Mark Bristow – from Estcourt – is the chief executive of the biggest gold mine in the world, Barrick. And as you say, Sir Mick Davis from Xstrata – one of the heavy hitters in the city of London. These really are good people to have there. What were the major themes that they were focusing upon? And again, Bernard, if you could just look at it from an investable perspective.

So just before lunch, we had an investor panel – an international fund manager panel. We had Doug Upton, who says South Africa is uninvestable, thanks to the Jacob Zuma era. He won’t touch South Africa and hasn’t touched it for 10 years. Nothing has changed. Then we have other panelists who say, of course they invest in South Africa and find huge, significant opportunities -especially if you invest in commodities. Then, the mining industry of South Africa is doing good stuff.

So that’s the nature of this sort of topic, because there are people who are non-believers and people who are believers. I think this is a South African industry conversation. But we’re trying not to be like an echo chamber. We couldn’t help but to have a positive sort of undertone because post-Covid, I think the South African mining industry was a role model of how to handle Covid responsibly. It was more prepared for a pandemic of this nature than the rest of the country or the economy.

We obviously found those partnerships between the government and the mining companies is this lasting. There are great conversations taking place. We specifically wanted to go into the Northern Cape. It has got a bigger mining industry than many countries in the world and we wanted to explore.

Are we leaving a good legacy? Are we building a future Johannesburg there? Or are we creating a Welkom. An area which isn’t much better off all the mining that is taking place there. We had some great conversations about the South African obsession with beneficiation – and it truly is a South began obsession. It predates democracy. I mean, the apartheid regime was as obsessed with beneficiation.

We call it beneficiation because we can’t call it value adding. Because in many instances, this doesn’t add value – it actually costs money. So that was another theme. But out of the Northern Cape, came the topic of how unexplored South Africa really is. It’s one of the countries in the world which last saw modern technology – in terms of exploration – applied to it in the 1980s. Now, many other jurisdictions have caught up and done new exploration with the best, world-class technology and have made great discoveries.

That was the context in which Mark Cutifani especially said that he can’t wait for Anglo American to participate in further exploration. That was followed up in the discussion with the DG, who stood in for the minister at this morning’s keynote. Clearly, there’s a new exploration strategy being prepared for South Africa, in collaboration with the industry.

He committed to it being out in public within three months. Even when I said to him, ‘three months from today’s the 8th of January’, he said, ‘We’ll be there. It will be out.’ So, good stuff coming out of the collaboration. This post-Covid era certainly resulted in a mining industry, which talks to each other and talks about the challenges and how to resolve it.

That exploration story is a big one as well. Because the demand – the way the world has changed since the 1980s – the kind of minerals that are now in demand for things like electric cars, cell phones – things that weren’t around in the 1980s.

If we haven’t explored this potential treasure chest, which we hear about – geological miracles in South Africa – then surely those opportunities are there. But what’s stopping a guy like Cutifani from opening the taps on exploration and indeed others from coming in?

It does go back to some of the same old issues. I mean, you need regulatory certainty. If you spend money anywhere in the world on exploration, you are incentivised because you are discovering on behalf of the nation. We have not treated exploration like that for many years. So on the one end, if you discover and you build a mine, you must have certainty that you will benefit from that.

Right now, the world wants manganese and iron ore and we hit above our size in those sort of areas. So I completely agree with you. If we were to explore for the metals of the future, we will firstly find them and we will be able to leverage the existing expertise and infrastructure of our industry towards that.

So what did the DG say he is going to be presenting in three months time? And then I’m looking again here from a retail investor perspective. Perhaps there are some companies – Australian listed companies – they aren’t really on the JSE, but you might be able to tell us if they are, who will benefit from an opening up of the whole exploration story?

Indeed. Unfortunately, unless we think through why it is impossible to be listed as this as a junior mining company under the JSE – unless we fix that side as well. It is more likely to be Canadian listed and Australian listed companies, the AIM market in London has got a huge representation of junior exploration companies.

Culturally, South Africa hasn’t done this. You know, big mining companies didn’t explore and there was not really space for smaller companies. But I think if the government gets their act together and we make exploration a national imperative, I would urge the JSE and other institutions to also make it possible to be listed. You can be a junior exploration company and have to comply with all of the requirements that are currently applied to the Steinhoffs. It didn’t work for Steinhoff particularly well. But I mean, it is silly for a small startup company like an exploration company.

So for the moment, do your homework. Look at the ASX. Look at AIM. Look at the Toronto Market. Find the companies there that are exploring in South Africa and who knows? That could be your Golden Bowl.