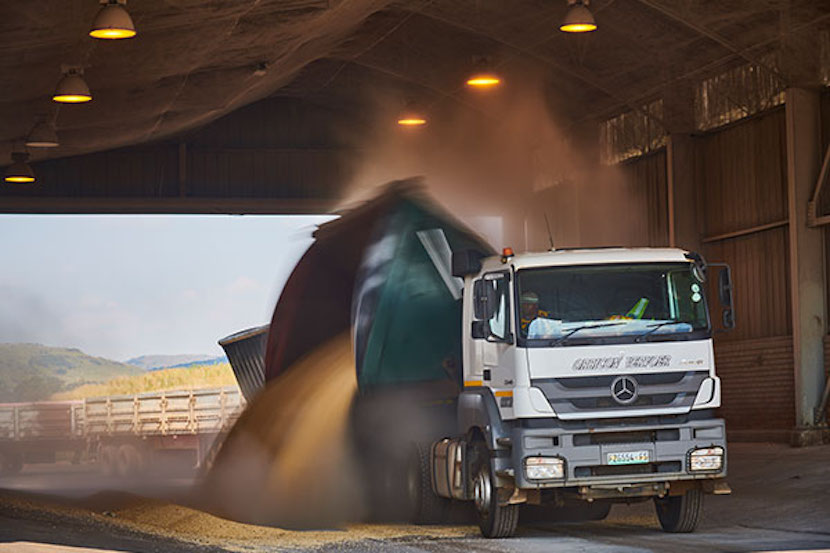 Could Tongaat Hulett be shaping up as the ultimate turnaround opportunity? CEO Gavin Hudson joined Alec Hogg to speak about about the business, which just a year ago was on the brink of collapse. As Hudson highlighted, when you’re sitting with R11-billion worth of debt and your interest bill is nearly R1.5-million a month, you just don’t see yourself getting out of it. Big decisions had to be made, including selling a profitable segment of the starch business to Barloworld. The iconic sugar producer is on the road to recovery. – Lindiwe Molekoa

We are now talking to Gavin Hudson. Gavin, how long have you actually been in the hot seat now, at Tongaat?

It’s been since February last year, so going on 18 months now.

I presume a lot of it was to do with what happened very recently, about you selling your starch operation – which seems to be a life line. Then, the guys you sell it to say they don’t actually want to buy it anymore. What happened there? Just from a layman’s perspective, unpack it for us, please.

Any big deal – the sales purchase agreement – has what one might call a MAC clause – a ‘material adverse change‘ clause. I suppose it is there to protect the buyer. When they buy a business, if you’ve got 20 customers and they’re each contributing R10.

In the process of the sale agreement going through that you don’t lose two or three of those customers and you’re essentially left with 70% of what you originally purchased, when you purchased the business upfront.

I suppose that’s Barloworld’s choice to call MAC. Their assumption was that this business would be materially different due to the Coronavirus. They then issued us with a MAC clause on the 29th of April. The ambition at the time was to test the MAC clause and that seriously put a lot of pressure on the executive in the business and – in actual fact – the overall business, to demonstrate that there hasn’t been a MAC event through the process.

So the decision that came through was very important and very relevant to your plans?

Absolutely. We felt and I said it right up front; we didn’t believe that there was going to be a MAC event. The starch business is a complex business. It relies on many variables. We were tracking those variables from the minute we signed the agreement and we understood that for how many months, we weren’t going to be able to supply the alcohol industry. We knew at some point, that if this carried on indefinitely, certainty, there would be a MAC event.

The onus is on us as much as it is on the purchaser, to call a MAC event. We would have, had we seen that we were going to trip the 82,5%. So it went to a third-party arbitrator – which in this case is Rothschild and Co – and what Rothschild did is, they took a presentation from both Barloworld and ourselves in the first round. There was a second round presentation. Then, we had a live sort of hearing – as it were – where Barloworld were able to present to Rothschild and we were in the room virtually.

We were able to state our case through Rothschild, which is basically the third interaction with Rothschild. Then they had a month to deliberate and bring their findings.

We stuck with our guns. We were confident that there wasn’t going to be a MAC event.

Rothschild found that there wasn’t, in actual fact, a MAC event during the process. So very happy for that. The sale agreement carries on. We’ve met all the conditions precedent and now it is absolute.

It’s a close deal. We just need to now conclude carving out the eyeteeth, finalising any outstanding issues with the employees and transferring of properties to Barloworld. So for all and purposes, at the end of the month, we will give them the keys to the starch business and they will, in turn, write us a nice cheque for the sale.

Why are you selling a profitable segment of the starch business in the first place?

Fair question. The intention was never to break up Tongaat Hulett. But when you’re sitting with R11-billion worth of debt and your interest bill is nearly R1,5-million a month, you just don’t see yourself getting out of it. So we had to make some big decisions. We’ve transacted and right up front we said we’re going to do three things.

We’re going to streamline this business and make it a low cost producer.

So take cost out where we deemed relevant. We were going to sell our non-core assets, which we have done and we continue to do. But ultimately, we’d have to circle back and sell a meaty core asset to help us pay down the debt.

We had an agreement with the lenders that we would pay down R8,1-billion by the end of this financial year. Bearing in mind that a year ago, this business was on the brink of going into business rescue.

I look at all the businesses that are facing similar headwinds at the moment and I know the feeling. It was inevitable. If it wasn’t for the fact that we had decent assets on our balance sheet, we certainly would have been in that position. More likely than not.

Gavin walked into a situation, where the reports showed he had R10-billion of equity, and then before you knew it, there was only minus four. The stress of handling all of that on a day-to-day basis – the various investigations, the farmers, the shareholders, the multitude of stakeholders – how did you plan your day to cope?

I was fortunate. I was a beer salesman before this, so all of this is very new to me. I think the one thing was coming in from the outside and being able to look at it with a clean slate.

Not having any preconceived understanding or ideas about the business. But at the same time, I brought on a new executive committee and the new executive from the CFO, Rob Aitken, and then all those execs joined me shortly after.

That helped. So all of us were scrumming down together. It wasn’t as if I was sitting on the top of the pyramid and barking orders from the office. All of us got out there and rolled up our sleeves. We traveled to the four corners of the business and each took accountability and went, delivered and worked through what they needed to work through.

It has been busy. It’s been seven days a week, 24/7 for 18 months. I think for the first time, we are now starting to see the light at the end of the tunnel -and very happy with that.

But equally, a well experienced executive after the toil that we’ve been through. I must say, we’ve had brilliant support from our new board over the last months. The lenders have been very supportive through the journey, and equally of our shareholders. So we’ve leaned on our shareholders for advice and guidance, and they’ve been prepared to give it. So we haven’t tried to do it in isolation of everyone that’s been available to help us.