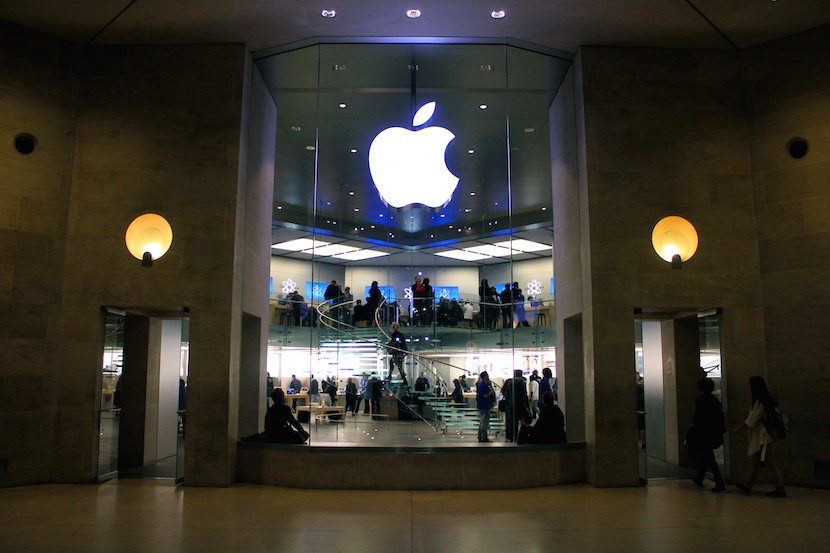 Episode eight of the Inside Investing podcast focuses on tech stocks. We kick off with the world’s biggest company, Apple Inc, whose share price fell back after last week’s quarterly results. Then our two experts, David Shapiro and Deon Gouws, offer perspective on results from the BizNews share portfolio’s biggest holding, Amazon.com – and how its venture into the luxury goods field will impact Richemont, one of the JSE’s top stocks. Also from Deon and David, their thoughts on how Naspers will react after the announcement of a $5bn share buyback. We have an on-the-ground report from New York with OrbVest’s Martin Freeman; and close off this bonanza episode with Deon and David answering a community member who asked them to name their top three tech stocks (David gave us 10). – Alec Hogg

This episode of Inside Investing is brought to you by OrbVest – your on-the-ground partner for safe, high-yielding US medical real estate investments. 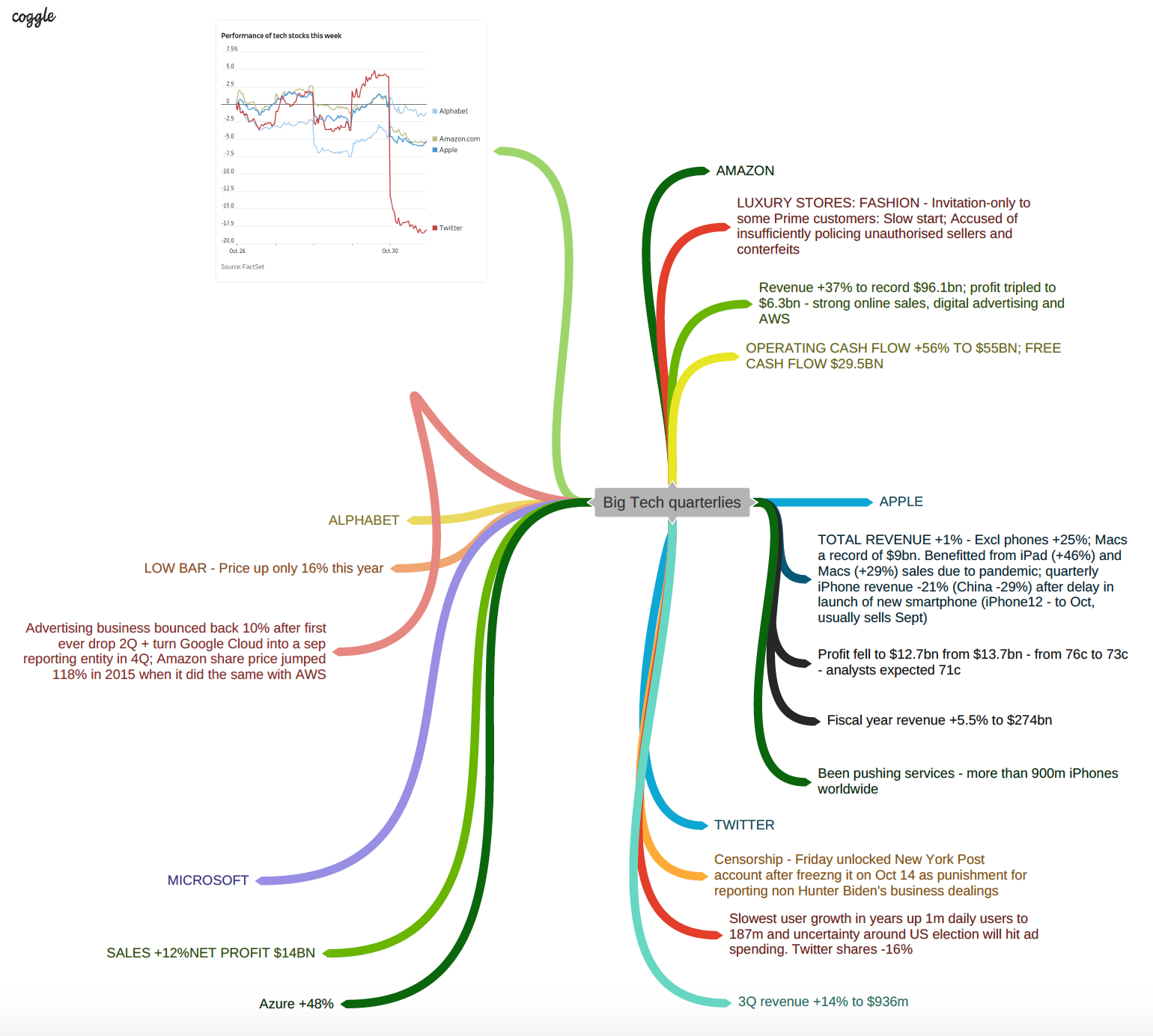 Apple is the second largest stock in the BizNews share portfolio, accounting for almost one fifth of the total. So we paid considerable attention to last week’s quarterly results. We get a couple of perspectives – first from London with Credo CIO Deon Gouws, who is bearish on the stock, and then Sasfin’s David Shapiro is more upbeat.

Looking ahead, though, there’s quite a bit of blue sky as revenues were dampened in the past quarter Apple was unable to meet demand – we hear from Apple CEO Tim Cook.

Among Cook’s fans is Daniel Ives, senior equity research analyst at California-based Wedbush Securities, whose successful forecasts have turned him into one of the most quoted US tech analysts. Listen in on his chat with our partners at Bloomberg, where Ives explains why he sees Apple shares rising to $150 in the next nine months.

We hear about the top stock in the BizNews portfolio, Amazon.com – kicking off with my question to Credo’s Deon Gouws and later, asking David Shapiro about the impact of Amazon on top JSE stock Richemont.

South Africa’s dominant stocks Naspers and its subsidiary Prosus, announced a $5-billion share buyback on Friday, sending the price higher during a tough session for tech stocks around the world. This is being done to try close the discount between the Naspers and Prosus share prices and their asset values – with their 31% stake in Chinese internet giant Tencent worth far more than the JSE-listings.

Martin Freeman is the chief executive of OrbVest – and he lives in New York. On a day when the world is looking at you in the United States, what an incredible election this has been.

Thanks for having me on your show today. It’s certainly been a wild ride.

Does it do much, though, to investments? We’re seeing the investment markets, for instance, waking up this morning and seeing NASDAQ futures and the S&P futures up very strongly. It seems strange because we don’t have a result. There’s no certainty as we’re talking.

So I think what I’d like to do is certainly just give my perspective on things. I’m not a political expert, but from an economic perspective, one thing I want to draw everyone’s attention to is the fact that America is built on the principle of checks and balances. In the US, the decision making process is made up of the House of Representatives and the Senate, and they essentially are the final decision makers in every initiative.

So what you’ve seen over the past four years, is a Republican president and a Republican Senate, and the Democrats were pretty convinced that they would sweep both. So America’s waking up to the fact that even if Biden does win, he won’t have the Senate – which means that many of his campaign initiatives around taxation and other aspects will probably be either blocked or watered down.

That’s obviously good news from an economic perspective. So he certainly may struggle to get extreme initiatives through.

That’s a good thing, as you say, with the checks and balances. But talking about OrbVest itself. We know that OrbVest invests only in medical properties in the United States. How would this impact your business?

Well, I think the thing to consider is the two candidates. I must just tell you, that even 20 minutes ago, I was flicking between the various channels. It’s been exhausting spending most of the night – as most of America – staying up and watching and seeing it move from, certainly in the early stage Biden and then to the Republicans and Trump, now it looks like it’s swinging back towards Biden.

To answer your question directly, in the economic circumstances around OrbVest, if it was a Trump victory, it would be much the same and it would be almost a V-shaped recovery and economy. That’s what most people were predicting. Biden, it may be a little bit slower, such as they saw after the GFC.

In terms of OrbVest right now, we are suddenly seeing a flood of potential deals onto the market, but with the proviso that people are wanting to close these deals by December so they can bank their capital gains. Because Biden has obviously spoken about increasing capital gains tax and 1031 programmes, which we don’t use anyway.

That’s interesting. So if Biden is to win – and it’s still a very big if at the moment – I described it in a newsletter I sent to the BizNews community today, as a photo finish like you’d get in horse racing. Bob of the head. But if he were to win, because he’s spoken about capital gains tax, suddenly there’ll be a lot of deals on the table for you?

There certainly could be. I think that the important thing to note is, as you say, a photo finish. But having said a photo finish, I think what you are going to see is that they’re already lining up the legal challenges on both sides.

So, unfortunately, while we hate uncertainty and would like a decision, it may well be that we’re going to be in with legal challenges for the next week – or weeks. So all of this obviously plays into the realm of the what ifs.

So from an OrbVest perspective, how are you preparing for whatever eventuality comes through?

So from an OrbVest perspective, we have very clear plans. So even in the buildup to the election, we were pretty adamant that we want two to three deals on the platform and to close them by December to really cap a great year for OrbVest. We’re well on track for that. We are in the process of signing those deals at the moment and we will then be obviously executing on them and putting them on our platform in the coming short while ahead.

Regarding next year, we actually believe that it will play well into our realm, in the fact that we’ll get a lot of deal flow. As long as we are able to meet the returns expected by investors around the world, I think we’ll still be in a very satisfactory position.

You talk about deal flow. What is that exactly?

Deal flow means the fact that you get a pipeline of deals that come in. We are very conservative. So we have to see a tremendous amount of deals before we actually filter that down to the ones that meet our criteria. Even then, there’s still a severe filtering aspect. So we see a lot of deals until we finally put one on the table. So the more deals we get, the better the choice and the better the options for investors.

What about the US dollar? Obviously sitting in South Africa, the rand is weak over the long-term against the dollar, but the dollar itself has been volatile.

So I think the volatility in the dollar is going to certainly amplify over the coming couple of days and weeks. I think the one thing that everybody is looking forward to, whatever the outcome is, is that people will accept it and move on. That’s the wonderful thing about democracy working well in a country like America.

So, I still foresee that the US economy should move forward in 2021, which in all likelihood will then move back to the fundamentals of a strong economy here and potentially the rand weakening in South Africa. But we’ll have to wait and see. As you know, it’s always difficult to predict the rand.

Martin, you say you’re looking to do two or three deals before the end of the year. Is that unannounced? Those are, in other words, transactions that investors have not already been able to participate in?

Yes, those are two deals that we have in the pipeline. We’ve been working on them for a while and we certainly would like to bring one to the table in the next two to three weeks. Then another one towards the end of November and that would close out what we consider a really great year.

Martin, those two deals that you’re talking about before the end of this year, the same criteria will apply? That if investors have got $5,000 to invest, they can participate?

Yes, definitely. These two deals will both be in great locations similar to our other states that we’re in, in our portfolio. In fact, we might even surprise everyone with a new state that we’ve been trying to get into, certainly for the last year. But we’ll wait and see until it’s signed.

How many buildings do you have now?

Well, the big news is that the next one we’re going to launch is going to be Medical 30 – our 30th building – which really is a fine achievement for my team. It’s something we set out at the beginning of the year to achieve. I always just want to remind your listeners that we don’t do deals for the sake of doing deals. We are the custodians of people’s money and we need to make sure that all these deals are resilient and they’re still able to achieve our usual target of 8% cash on cash and double digit return in dollars.

So there are 30. How many of those have been secured in the past 12 months? You say it’s been a big year for you?

So we’ve targeted to end the year on a minimum of five to six deals. Originally when we started we were doing a deal nearly every quarter. That has accelerated. As you can see, it’s now almost every second month. Going into next year, our target will be between eight and 10 deals a year going forward into the next couple of years.

And the support from South Africa? Has that been growing?

I have to say that the support in South Africa is really phenomenal. I think it’s sad to say that people are wanting to move their money out and seek a safe haven – which we obviously offer. I think it’s not only South Africa, it’s people from all around the world. We’re in over 10 countries.

They’re all wanting to invest their money into places that offer stability and just solid returns. But in particular, in South Africa, given the challenging circumstances at the present and the poor returns people are experiencing there. We offer, we believe, a great alternative.

This episode of Inside Investing was brought to you by OrbVest – your on-the-ground partner for safe, high-yielding US medical real estate investments.