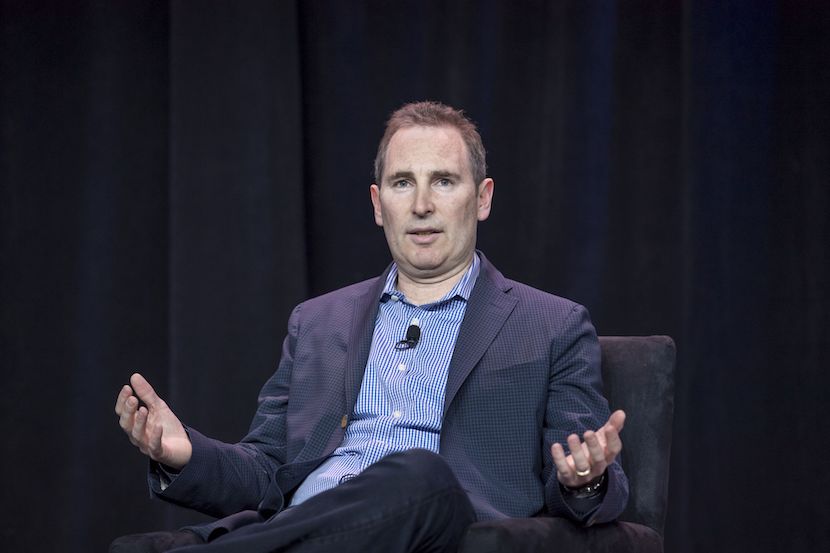 When Jeff Bezos left his job at D.E Shaw to start Amazon in his garage, no one knew it would take off like it has. Fast forward 26 years and Amazon is one of the biggest and most valuable brands in the world. Employing over one million people worldwide, the company reported ‘an astonishing 44% surge in revenues’ to $125.56bn, according to BizNews founder Alec Hogg. The stock forms part of the BizNews Share Portfolio, with Hogg commenting ‘Amazon has been our superstar’. With the financial results came another announcement – Jeff Bezos is to step down as chief executive. His replacement, Andy Jassy, currently holds the position of CEO for Amazon Web Services. Here, The Wall Street Journal documents Jassy’s journey through Amazon. Listen to the BizNews Share Portfolio podcast below. – Jarryd Neves

Who is Andy Jassy? Jeff Bezos acolyte moves from Cloud to Amazon CEO

By Aaron Tilley of The Wall Street Journal

Andy Jassy, the Amazon. AMZN 1.11% com Inc. leader who is set to take over as chief executive from founder Jeff Bezos later this year, is a longtime acolyte of his boss who helped come up with the tech giant’s most profitable idea: cloud-computing.

Since Amazon Web Services launched in 2006, Mr. Jassy, 53, has been its chief architect and evangelist, building the business from a nascent idea that was widely questioned in the technology community to a multibillion-dollar business that dominates the internet.

After joining Amazon in 1997 and helping what was then a small online bookseller to expand its catalog to CDs, he began shadowing Mr. Bezos as a technical assistant in the early 2000s. In 2003, he found himself in a brainstorming session in Mr. Bezos’ living room. There, they cooked up the idea together to build the cloud-computing platform now known as AWS.

Employees at the session began exploring how the company could turn its massive data center infrastructure for running its retail arm into another business. They focused on creating a place where companies could host data and build code, and from which they could offer services to firms operating in the cloud.

The vision was that “any individual in his or her own garage or dorm room,” Mr. Jassy told The Wall Street Journal several years ago, “could have access to the same cost structure and scalability and infrastructure as the largest companies in the world.”

AWS has grown to become one of Amazon’s largest profit centers that pays for much of the other money-losing bets the company pursues. In its most recent quarter, AWS had net sales of $12.7 billion with an operating income of $3.6 billion, more than half of the company’s overall operating income.

AWS had a market share of around 34% in the most recent fourth quarter of last year, according to Synergy Research Group. Microsoft Corp.’s fast-growing cloud services rank second at 20%.

When it launched, AWS was used primarily by startups without their own legacy computing infrastructure, such as data centers full of servers. As companies like AirbnbInc., Uber Technologies Inc. and Netflix Inc. began growing into sizable businesses, so did AWS.

In recent years, the business model has been so successful that most big corporations and government agencies—even those that had legacy computing assets—have begun looking to the cloud for their futures. The pandemic has accelerated that migration as these organizations look for more flexibility in their technology spending and seek ways to embrace more remote working.

Mr. Jassy grew up in Scarsdale, N.Y., and went on to earn his bachelor’s degree and M.B.A from Harvard. His first job out of undergraduate was at MBI Inc., a maker of jewelry and coins.

Mr. Jassy is known as a true believer in Amazon’s relentless culture, a nitty-gritty technocrat who lets teams explore ideas and products in a decentralized fashion. He is known for his curiosity and respect for data, according to people who have close ties to the company.

He starts with customer problems and works backward, said Matt McIlwain, managing director at Seattle-based venture-capital firm Madrona Venture Group, which was an early investor in Amazon and keeps close ties with the company.

“I think it would be pretty impossible to have someone from the outside take over from Jeff,” said Mr. McIlwain. “There are so many cultural ideas and principles that would have been hard to adapt to. Andy embodies Amazon culturally.”

Every year Mr. Jassy keynotes the company’s annual cloud gathering, called re:Invent, where he announces new services for developers to build on.

“Andy is good at mobilizing people behind an idea,” said Ray Wang, founder of the Silicon Valley-based advisory firm Constellation Research Inc. “He can go super deep into the details and put together new business models.”

While AWS remains the dominant leader as an early pioneer, the company faces a quick follower with Microsoft, who under CEO Satya Nadella has pushed the company to focus on the cloud.

In recent years, a tone of defensiveness has entered Mr. Jassy’s public comments about Microsoft. “They are not prioritizing what matters to you guys as a customer,” said Mr. Jassy of Microsoft at AWS’s annual cloud-computing gathering in Las Vegas in December 2019.

Even with the growing tensions between the two companies, Mr. Nadella sent a note of congratulations over Twitter : “A well-deserved recognition of what you have accomplished.”

WSJ opens select articles to reader conversation to promote thoughtful dialogue. See the ‘Join the Conversation’ area to the right for stories open to conversation. For more information, please reference our community guidelines. Email feedback and questions to [email protected].