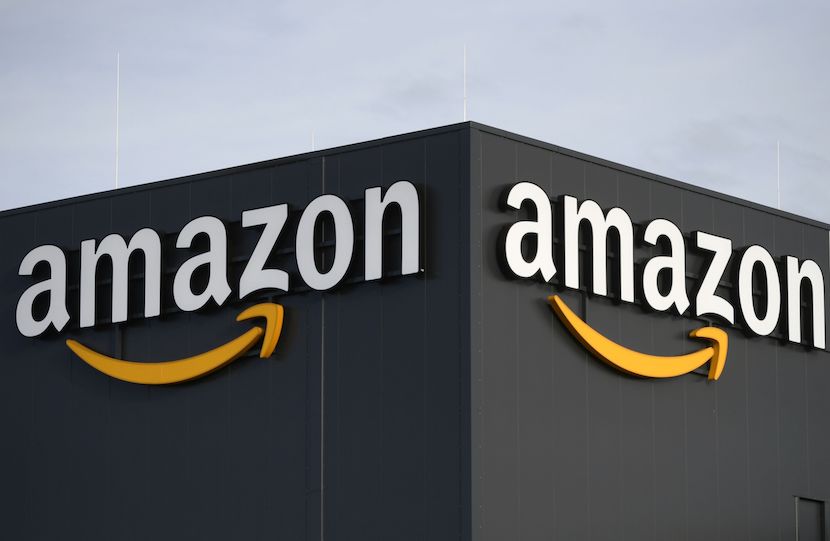 E-commerce leviathan Amazon has reported a record-breaking quarterly profit, with the company reportedly raking in an astonishing U$108 bn of revenue between January and March. Net income has more than tripled, coming in at U~$8.1 bn, reports The Wall Street Journal. Despite the stellar results, Amazon has said that it expects second quarter sales to “reach between “$110 billion and $116 billion, which would mark three consecutive quarters with more than $100 billion in revenue.” Results aside, Jeff Bezos has said that the company is focusing on improving the way it handles its vast workforce. The Wall Street Journal reports that Bezos wrote in his last annual shareholders letter, that the company is “working to invent solutions to reduce the number of injuries at warehouses.”   – Jarryd Neves

By Sebastian Herrera of The Wall Street Journal

The Seattle company’s profits in the year since the pandemic started exceeded $26 billion, more than the previous three years combined. Net income from January to March more than tripled to $8.1 billion, and revenue of $108 billion far exceeded the average of analyst predictions on FactSet.

Amazon, Apple Inc., AAPL -0.07% Facebook Inc., FB 7.30% Google and Microsoft Corp. MSFT -0.81% all reported significant gains in profits and revenue, underscoring how the pandemic has helped strengthen technology companies and put them increasingly at the center of daily life around the world.

Apple’s profit more than doubled to $23.6 billion due to higher sales of new, higher-priced iPhones as well as Mac computers and iPads. A surge in digital-ad spending lifted Facebook and Google parent Alphabet Inc., while Microsoft posted a 19% increase in quarterly sales as more customers turned to its cloud and videogame services while staying home during lockdowns.

Amazon said it expects sales from April to June to reach between $110 billion and $116 billion, which would mark three consecutive quarters with more than $100 billion in revenue.

The tech giant’s success in the past year has catapulted the company to new heights, after consumers flocked to online shopping during pandemic lockdowns. Amazon’s dominant grip over e-commerce and continued expansion into new industries have strengthened its power, although the company continues to face challenges from regulators and some employees.

Amazon’s first quarter is typically slower than its preceding end-of-year results, which are aided by holiday shopping sales. Yet the company has exceeded expectations in recent quarters. It shattered sales records last year as homebound Americans turned to its delivery services. The company’s stock price rose 76% in 2020.

The company said Thursday that it expects its annual Prime Day shopping extravaganza to occur in June. The event, which is typically held in July, is a windfall for sales.

Amazon Chief Financial Officer Brian Olsavsky said the company is focused on building out its one-day shopping service and continues to zero in on employee hiring and expanding warehouse capacity. “The economy is starting to open up, and there is a lot of need for new employees for a lot of different industries,” he said.

The company said Wednesday that it is raising wages for its hourly workers, with more than 500,000 employees set to receive pay increases of between 50 cents and $3 an hour. Amazon said that the raises represent an investment of more than $1 billion and that its starting wage of $15 an hour would remain in place.

While the pay increases cover a variety of workers and schedules, they amount to about $40 a week per worker if averaged over the pool of employees Amazon said would be affected.

Amazon’s dominance in online retail also parallels the strength of Amazon Web Services, the business line that rents server capacity and software tools to other corporations. AWS is Amazon’s main profit center, though its recent growth has slowed as the cloud units of Microsoft and Google have moved aggressively to sign up new customers. Sales for the cloud unit totalled $13.5 billion in the first quarter, a 32% increase from the same period a year ago.

AWS Chief Executive Officer Andy Jassy is set to take over as Amazon’s CEO in the third quarter after Jeff Bezos said in February that he would depart the role to become executive chairman.

Amazon’s advertising business has also become a major player in its industry. The fast-developing unit has put the e-commerce giant in competition with Google’s and Facebook’s leading ad businesses. Amazon’s category that includes ad sales rose 77% in the first quarter from a year ago to $6.9 billion.

The coronavirus pandemic has helped Amazon, Facebook and Google grow even stronger, with the tech titans for the first time collecting the majority of all ad spending in the U.S. last year, The Wall Street Journal reported in March. Amazon also recently said it would begin streaming the National Football League’s Thursday-night games by 2023, a deal that will expand Amazon’s ad dollars and compete more directly with traditional television broadcasters.

“What we always get back to with Amazon is the optionality—they have multiple businesses firing off,” said John Blackledge, an analyst with investment firm Cowen Inc. Mr. Blackledge said with the pandemic’s end in sight, investors are eager to see Amazon expand its one-day shipping offerings.

The largest U.S. tech companies recorded staggering growth last year as consumers and businesses relied more on online shopping, software and cloud services, as well as their smart devices and video streaming. The combined revenue for Amazon, Google, Facebook, Apple and Microsoft grew by one-fifth to $1.1 trillion. Their collective market capitalization soared to almost $8 trillion at the end of 2020, compared with about $5 trillion at the end of 2019.

Amazon’s achievements have come as regulators increasingly scrutinize the company’s market power. Congress has considered changes to antitrust laws that could make it easier for the government to challenge certain business strategies and practices or force tech giants to separate certain units. Last year, a congressional panel found Amazon had amassed “monopoly power” over sellers on its site, bullied retail partners and improperly used seller data to compete with rivals.

Amazon has said that it is wrong to presume its success can only result from anticompetitive behavior and that it is focused on keeping prices lower for consumers.

The company has also faced activism from employees. Workers at one of its warehouses voted not to unionize earlier this month in Alabama. More than 70% of those who participated in the election rejected unionization, ensuring for now that Amazon retains full control over how it manages and pays employees as well as its expectations of warehouse workers.

Despite the company’s victory at the Alabama facility, Mr. Bezos said the company aims to improve how it handles its workforce. In his last annual letter to shareholders as CEO, released this month, Mr. Bezos said Amazon is working to invent solutions to reduce the number of injuries at warehouses. He defended the company against accusations by critics that it treats its workers unfairly.

Appeared in the April 30, 2021, print edition as ‘Amazon’s Profit More Than Triples.’