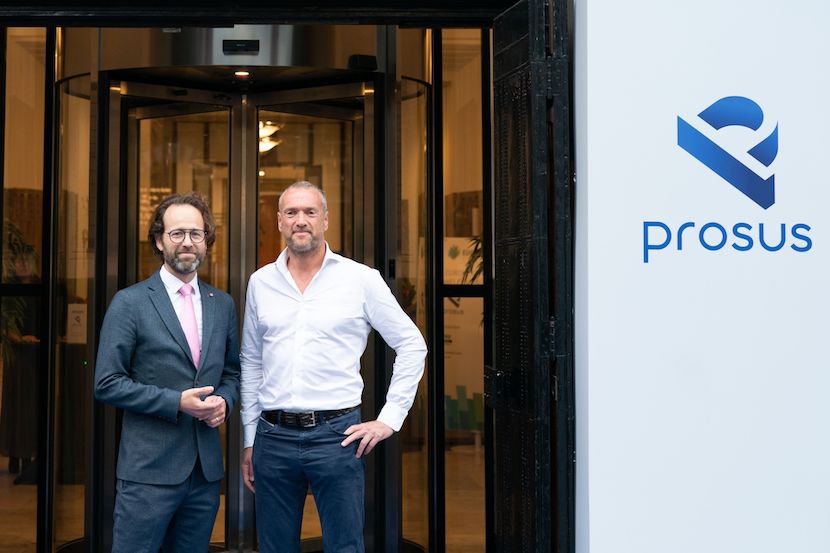 Europe’s largest internet company, has announced a share exchange offer to Naspers shareholders. This entails SA-domiciled Naspers shareholders being invited to tender “existing Naspers N Ordinary shares for newly issued Prosus Ordinary shares N.” This is in an effort to narrow the value gap between the Dutch company and a $229bn stake in Tencent. Once the transaction is made complete, the global internet group will hold a 49.5% interest in Naspers. According to Bloomberg, the Cape Town-based multinational has been trying to achieve valuation greater than “the sum of its parts and stop being seen as merely a proxy for investing in WeChat-creator Tencent.” Basil Sgourdos, CFO of both companies, said “It preserves Naspers as the largest South Africa-domiciled company on the JSE and its control of Prosus. The transaction creates immediate value for Naspers shareholders when they swap their higher discount to NAV Naspers shares for lower discount to NAV Prosus shares. The offer is constructed to deliver proportional value creation to both sets of shareholders.” – Jarryd Neves

(Bloomberg) – Prosus is redoubling its effort to narrow the valuation gap between itself and its giant holding in Tencent Holdings.

The Dutch-listed-unit’s dominance of the Johannesburg stock market – via its holding company Naspers – limits the amount of its shares investors can own, causing a deep discount to its $229bn stake in Tencent.

Prosus is now attempting to more than double the number of its shares available for trading, making the stock more liquid and giving investors in Naspers a chance to shift their holdings to Prosus, the parent company said in a statement on Wednesday.

Prosus will also launch a further $5bn share buyback once the share-swap deal is complete, Chief Financial Officer Basil Sgourdos said in an interview with Bloomberg.

“The share offer we have announced today will extend Prosus’s standing as Europe’s largest internet company,” Chief Executive Officer Bob van Dijk said in a statement. The aim is to create “a stable construct that maintains the group’s operational, strategic and financial flexibility.”

Naspers has tried for years to achieve a valuation greater than the sum of its parts and stop being seen as merely a proxy for investing in WeChat-creator Tencent. Cape Town-based Naspers was an early-stage investor in Tencent and has gradually been eclipsed by the Chinese business’s soaring valuation.

Naspers shares were up about 3% at 9:19am in Johannesburg, while Prosus stock increased around 2.9% in Amsterdam.

Prosus is the holding company Naspers created in 2019 to diversify away from South Africa and give investors more direct exposure to its broad portfolio of tech businesses. The global e-commerce holding company makes up almost a fifth of the country’s main stock exchange, even after spinning off most of its assets into Amsterdam-listed Prosus.

Many South African tracker funds are forced to cap the amount of Naspers stock in their portfolio, which limits growth potential for the shares compared with that of Tencent. Wednesday’s transactions will reduce that weighting significantly.

The transaction is expected to be implemented during the third quarter of this year.

Prosus and Naspers’ plan to increase cross shareholdings may reduce the headwind of investors’ single-stock limits on the latter in particular, but increases the complexity and doesn’t address the elephant in the room: the discount to Tencent. Prosus trades at less than the value of its Tencent stake – let alone its other investments – which continues to imply that the market thinks that Prosus isn’t spending its Tencent gains effectively.

Bob van Dijk, Group CEO Prosus and Naspers said, “The share offer we have announced today will extend Prosus’s standing as Europe’s largest internet company. By increasing the size of the Prosus free float and more than doubling its ownership of the group’s outstanding global consumer internet portfolio, we create a stable construct that maintains the group’s operational, strategic and financial flexibility. Prosus shareholders benefit directly as Prosus buys increased exposure to the underlying assets through its acquisition of higher discount Naspers shares.”

Basil Sgourdos, Group CFO Prosus and Naspers said, “Since the listing of Prosus in 2019, we have been carefully considering many options to further enhance the group’s structure and we have decided on this route as it is efficient, implementable in the near term and comes with minimal friction costs. It preserves Naspers as the largest South Africa-domiciled company on the JSE and its control of Prosus. The transaction creates immediate value for Naspers shareholders when they swap their higher discount to NAV Naspers shares for lower discount to NAV Prosus shares. The offer is constructed to deliver proportional value creation to both sets of shareholders. Value creation on the day will be shared between the Naspers and Prosus free float according to their current ownership of the underlying net asset value.”

Prosus provides investors access to a portfolio of the world’s fastest growing consumer internet companies. The portfolio offers investment diversity with a geographic footprint of more than 80 countries, including China which is the world’s largest internet market, and India, which is the world’s second largest. The portfolio spans numerous high-growth sectors including online classifieds, ecommerce, food delivery, payments and fintech, online education, and social and internet platforms. Through its Ventures team, Prosus also invests in emerging technology sectors including health, logistics, blockchain, and social commerce.

The Prosus board believes that Prosus will benefit from the step up in size of its free float resulting from the proposed transaction. This transaction is expected to bring increased liquidity, improved market index weightings as a Top 20 STOXX 50 company, and enhanced trading dynamics, creating value for both Prosus and Naspers shareholders over the long term.

On completion of the proposed transaction, Naspers will continue to be domiciled in South Africa and will remain the largest company on the JSE. Subject to the results of the exchange offer, the transaction is expected to increase the Prosus secondary listing JSE free-float. The exchange offer is also expected to unlock value for both Naspers and Prosus shareholders and attract additional international investor demand into Prosus and Naspers, resulting in a net capital inflow to South Africa.

Naspers will continue to be a significant tax contributor to the South African fiscus. In FY2020 Naspers contributed an estimated ZAR10.2 bn in direct and indirect taxes to South African public finances, including an estimated amount of ZAR7.2 bn which relates to the listing of Prosus in September 2019. The proposed transaction is expected to generate between ZAR3.8 and ZAR5.8 bn of tax revenues for South Africa.

Naspers will continue to actively invest in South Africa through its ecommerce and media assets and backing of early-stage technology businesses via Naspers Foundry.