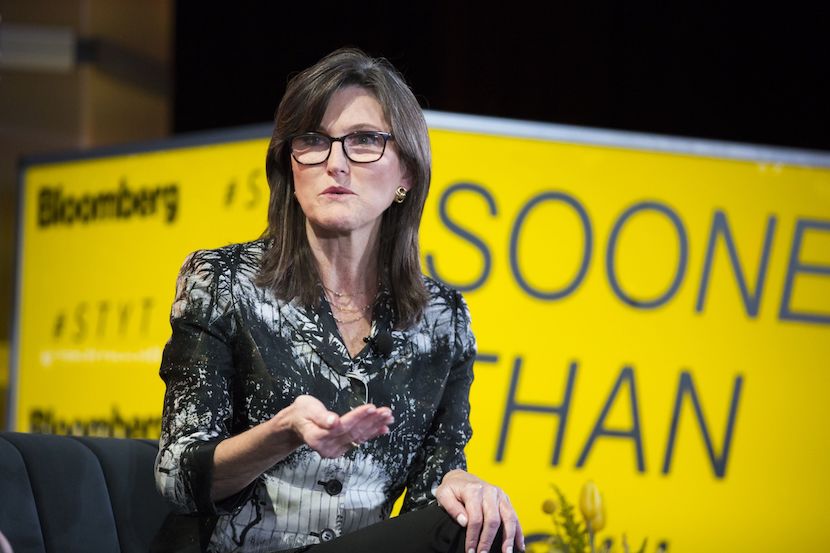 2020’s rockstar fund manager Cathie Wood has recently added South African conglomerate Discovery into Ark Invest’s FinTech fund. Discovery is one of the few locally based growth companies on the JSE, although its operations span over a number of jurisdictions, including interests in the UK and China.

Cathie Wood and Ark Invest have been heavily criticised in the last few months by a number of the world’s leading investment professionals. This includes Michael Burry, the man made famous for being one of the few investors to predict the 2007/2008 subprime mortgage crisis, making hundreds of millions of dollars for his investors in the process. Many second guess Wood’s innovation-driven approach to investing, with these companies trading at unexplainable valuations, of which was last seen before the dot com bubble at the beginning of the millennium. One argument against the criticism is that all the investment professionals that seem to be speaking out against Ark have very different strategies and outlooks to Cathie Wood. She’s a known visionary who has the foresight to see ten or fifteen years into the future – this is what she preaches and has done so successfully for a number of years – her funds returns speak for themselves.

It’s been a tough decade or so to be a value manager all over the globe. Growth companies have outperformed by a multiple, with the goldilocks era for tech driven companies playing out into 2021 despite a few speed bumps at the back end of 2020. Value investing strategies have done the contrary, underperforming the market for the better part of a decade. This despite all basic finance theory pointing towards undervalued companies, that generate attractive free cash flow, which are underrated by the market and trade at low multiples. The Buffet and Munger-like strategies have not paid dividends, quite literally. Strange? Definitely. Although one can argue that these investment themes go through long, deep cycles. The tide can turn at any point. When it does, the emerging tech names that are littered in a number of Ark’s funds will fall from grace.

Back to Discovery. The company has pivoted from a purely insurance based offering to a conglomerate of sorts, and has a huge runway in South Africa and abroad with vertical integration opportunities given its sticky customer base. BizNews regular contributor and value based manager Piet Viljoen owns the stock, despite it not necessarily fitting the mandate of a value company.

It’s exciting to see a world renowned and respected growth manager like Ark eyeing out these kind of opportunities in South Africa. For a manager that hand picks her stocks very selectively, it’s surely a tailwind for Discovery shares in the short-term? Although Ark’s flagship fund is down year-to-date, a few months in investing is a short period of timing. One needs to take a broader look at performance – 3, 5, 7 and 10 years. In all those periods in question, Ark has managed to consistently beat benchmarks across its array of funds.

In the fund holdings below, Discovery is company number 27 on the list.