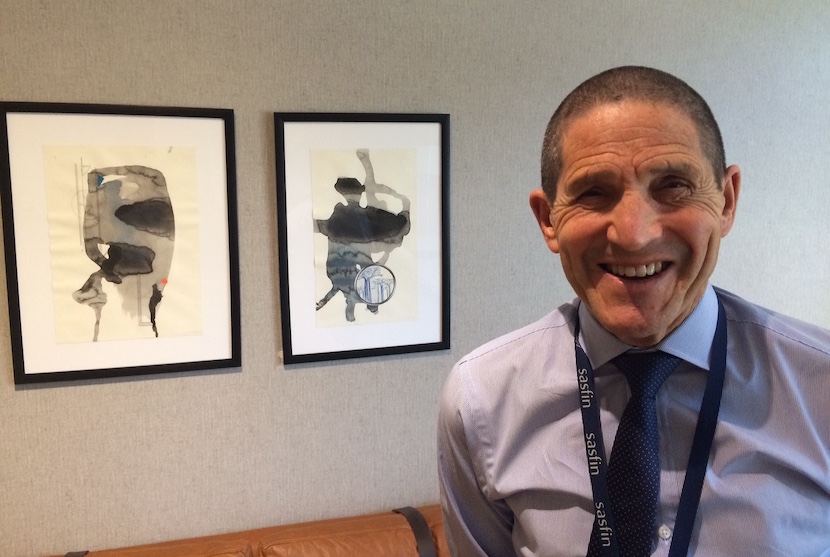 Our Monday market commentator ,Sasfin’s David Shapiro, joins BizNews to discuss equity markets which, says Shapiro, he remains optimistic about. Together with Bronwyn Nielsen, the duo also discuss the tech stocks in the US, the South African economy and Chinese markets. – Jarryd Neves

These are times that really challenge us. We can always say, “oh, this is a small-term correction.” But at the back of your mind is a whole laundry list of things that we have to navigate – and it keeps testing us. How long is this going to last? What is going to turn it around? We can’t complain. We’ve come through such a wonderful year. For equity markets, it’s been so good because of the stimulus measures – also because of low interest rates – and we are coming to the end of the period. Now we’re get into the difficult issue, as economies come out of Covid, where’s the next move going to be? I remain optimistic on equity markets. I don’t think we’re going to get the same pace, but I think just through September/October, just fasten your seat belts – it’s going to be a bit of a ride.

On US tech stocks:

If you want to play this correctly – and the problem is that you’ve got to look through all the noise – it’s very easy to be distracted in the short-term. But if you look ahead, technology is still changing the way that we live and are going to live. In so many areas, there’s no doubt that as we come out of this pandemic, governments are going to relook at the whole health scenario. They’re going to look at public health. They’re going to make sure that they’re never caught in a situation like this. Then we’ve got environmental issues.

That is changing the way that we’re going to use energy or power. You’ve got the whole motorcar industry going through the electrification and it goes on. Digitisation, fintech, the way that we actually interact with banks, how we look after it. Those are all very dominant themes that are going to continue driving the global economy. Have that at the back of your mind. What happens in the short term? It always happens in markets – it’s never an easy ride. I stick to the companies that we’ve got, but when you look at the commodity markets at the moment, they can scare you.

On the South African Rand, local elections and rioting & looting:

I went to a funeral recently that was in Germiston and I drove back through Malvern Eastern through Johannesburg. When you look and see the immense poverty – and you start to see the difference of how the other side lives – you realise what immense issues of problems this country has – and how easy it is to set people going. There’s a lot to it. We’ve got to work very hard to get that under control. It’s always an issue. What’s worrying me more on the rand has been this collapse of the iron ore price.

In May, it was U$230 a tonne. We’re now below U$100. All to do with the Chinese. Then also, the complete retreat in platinum, palladium and rhodium. This was giving us the boost right up to the end of July. That’s less than two months ago. This was driving the economy – and driving the confidence that we were seeing in our market with the better tax receipts and views that things were going to happen in the mining side – that’s gone. It’s just vanished. For me, that’s a big concern that this is going to filter through the SA economy. It’s not there yet because we are still basking in those results that we saw in June. But those are historic. I’m a bit concerned that those numbers are going to kind of sting us somewhere along the line. Someone’s going to change all the spreadsheets and really look at where we are.

[With regards to Evergrande], there’s a lot of outside companies that have lent money to it. Many European banks are holding their debt. The worry is what happens with that debt? Will they pay that debt? Of course, you have the contagion effect. This is a mini – I hope it’s a mini – Lehman Brothers. This is a massive company and it’s so typical of what we have seen in the past with property companies.

They tend to go out there, build a lot of stock, can’t sell it and come under pressure. We saw it in 08/09. We’ve seen it in Canary Wharf. There are so many incidences in history where property companies have just folded, having very grand ideas. Hopefully the Chinese government does interfere, but it could have long-term consequences. When I say long-term, it could have immediate consequences on some of the financial markets.