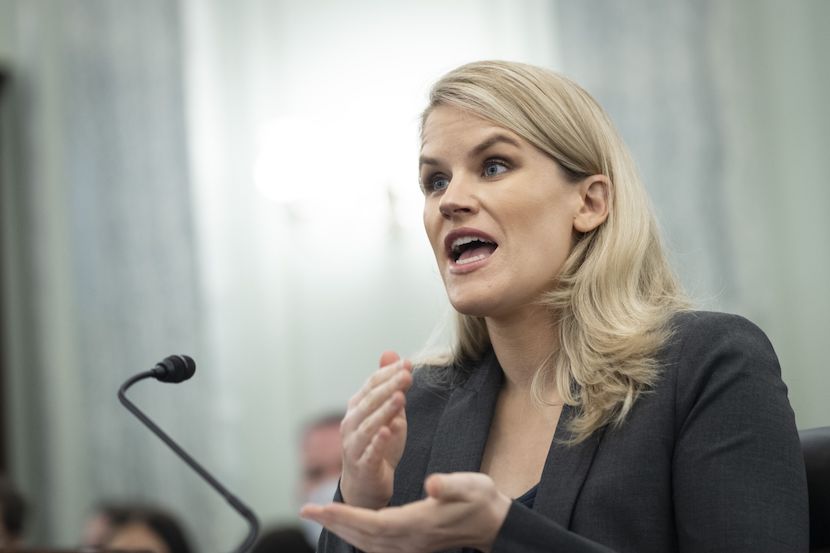 Ex-Facebook employee Frances Haugen resigned in April and, before leaving, gathered crucial documents which formed the basis of The Wall Street Journal’s in-depth investigation into the social media company, dubbed ‘The Facebook Files.” The internal documents helped WSJ reporters uncover stories on how Facebook’s moderation rules favour elites, “how its algorithms foster discord; and how drug cartels and human traffickers use its services openly.” Haugen has said that her reasoning for doing what she did was to help better the company, not “stir anger toward it.” The 37-year old has since testified in front of the US Senate consumer protection panel, with lawmakers calling for the strengthening of privacy laws, among other things. “I think the time has come for action and you are the catalyst for that action,” said Senator Amy Klobuchar. – Jarryd Neves

By John D. McKinnon and Ryan Tracy of The Wall Street Journal

The documents gathered by Ms. Haugen, which provided the foundation for The Wall Street Journal’s Facebook Files series, show how the company’s moderation rules favor elites; how its algorithms foster discord; and how drug cartels and human traffickers use its services openly.

“I saw Facebook repeatedly encounter conflicts between its own profit and our safety. Facebook consistently resolved these conflicts in favor of its own profits,” Ms. Haugen told a Senate consumer protection subcommittee. “As long as Facebook is operating in the shadows, hiding its research from public scrutiny, it is unaccountable. Until the incentives change, Facebook will not change.”

Ms. Haugen singled out Facebook founder Mark Zuckerberg for criticism, citing his control over the company. Mr. Zuckerberg controls about 58% of Facebook’s voting shares, according to an April regulatory filing.

“There is no one currently holding Mark accountable but himself,” she said. Facebook under Mr. Zuckerberg makes decisions based on how they will affect measurements of user engagement, rather than their potential downsides for the public, she said.

“Mark has built an organization that is very metrics-driven,” she said. “The metrics make the decision. Unfortunately that itself is a decision.”

Facebook noted that Mr. Zuckerberg has testified seven times in the past four years and its executives have testified 30 times overall. The company said that it has taken numerous actions that have affected its profitability in order to protect its users’ security and privacy.

“We’ve invested heavily in people and technology to keep our platform safe, and have made fighting misinformation and providing authoritative information a priority,” the company said. “If any research had identified an exact solution to these complex challenges, the tech industry, governments, and society would have solved them a long time ago.”

The company has previously disputed the characterization of the documents in the Journal and by Mr. Blumenthal and other members of his committee, who asked Facebook executive Antigone Davis about the documents last week.

In a statement following the hearing, Facebook questioned Ms. Haugen’s knowledge of the issues raised in the documents she disclosed, calling her a low-level employee not privy to the decision-making process by senior executives.

“We agree on one thing; it’s time to create standard rules for the internet,” the statement said. “Instead of expecting the industry to make societal decisions that belong to legislators, it’s time for Congress to act.”

Facebook has said it plans to continue doing internal research and is working on ways to make that work available to others. The company has recently battled with some academic researchers over access to its data, but Facebook says that it works cooperatively with many others.

Republican and Democratic lawmakers at the hearing renewed their calls for regulation, such as strengthening privacy and competition laws and special online protections for children, as well as toughening of the platforms’ accountability. One idea that got a particular boost was requiring more visibility into social-media data as well as the algorithms that shape users’ experiences.

“I think the time has come for action and you are the catalyst for that action,” said Sen. Amy Klobuchar (D., Minn.).

Ms. Haugen, a former Facebook product manager who resigned in April, said lawmakers need to go beyond some of the legislative remedies under consideration.

“The severity of this crisis demands that we break out of previous regulatory frames,” she said. “Tweaks to outdated privacy protections…will not be sufficient.”

A good starting point, she added, would be “full access to data for research not directed by Facebook. On this foundation, we can build sensible rules and standards to address consumer harms, illegal content, data protection, anticompetitive practices, algorithmic systems and more.”

In a previous statement, Facebook said: “It is not accurate that leaked internal research demonstrates Instagram is ‘toxic’ for teen girls.”

“The research actually demonstrated that many teens we heard from feel that using Instagram helps them when they are struggling with the kinds of hard moments and issues teenagers have always faced,” it said.

The Journal has defended its series, saying Facebook hasn’t identified any factual errors.

She said she is “speaking to other parts of Congress about that.” The Chinese embassy didn’t immediately respond to a request for comment. Mr. Blumenthal said his committee may seek more information from Ms. Haugen on the security concerns.

“One reason the public knows about the scope of efforts like this from China, Iran and others is because we’ve taken them down and reported on them publicly,” he wrote. “We know that threat actors will target every public platform. It’s essential that we *all* take this threat seriously and work to counter these actors.”

Ms. Haugen made the case for policy changes to address her perceived concerns. In products such as cars and cigarettes, she said, independent researchers can evaluate health effects, but “the public cannot do the same with Facebook.”

“This inability to see in Facebook’s actual systems and confirm that they work as communicated is like the Department of Transportation regulating cars by only watching them drive down the highway,” she said, arguing for an independent government agency that would employ experts to audit the impact of social media.

She said that if Congress moves to change Section 230, a federal accountability law that protects Facebook and other companies from liability for user-generated content, it should distinguish between that kind of content and choices that companies make about what type of content to promote.

“Facebook should not get a pass on choices it makes to prioritize virality and growth and reactiveness over public safety,” she said.

Ms. Haugen was hired by Facebook two years ago to help protect against election interference on Facebook. She said she acted because she was frustrated by what she viewed as Facebook’s lack of openness about the platform’s potential for harm and its unwillingness to address its flaws.

Ms. Haugen has filed a whistleblower tip to the Securities and Exchange Commission, informing regulators about potential violations of investor protection laws and making her eligible to receive a share of fines collected in any future enforcement action. She is also interested in cooperating with state attorneys general and European regulators.

Several lawmakers also expressed renewed interest in transparency measures that would give the public and policy makers more understanding of how algorithms work in suggesting content to users.

“I would simply say, let’s get to work,” said Sen. John Thune (R., S.D.), who has sponsored several measures on algorithm transparency. “We’ve got some things we can do here.”

Other suggestions from lawmakers on Tuesday included crafting comprehensive privacy protections for U.S. consumers and new competition rules for the internet age. Some senators also pressed to cut back the immunity from liability that Congress long ago conferred on online platforms for the actions of their users.

But several lawmakers acknowledged that some efforts to regulate big tech already had drawn intense opposition from some major companies. “There are lobbyists around every single corner of this building that have been hired by the tech industry,” Ms. Klobuchar said. “Facebook and the other big tech companies are throwing a bunch of money around this town and people are listening to them.”

Facebook has publicly called for government action to better regulate the online environment.

“There’s always reason for skepticism” about Congress reaching consensus on legislation, Mr. Blumenthal said after the hearing. But he added that “there are times when the dynamic is so powerful that something actually is done…I have rarely, if ever, seen the kind of unanimity on display today.”

—Deepa Seetharaman contributed to this article.