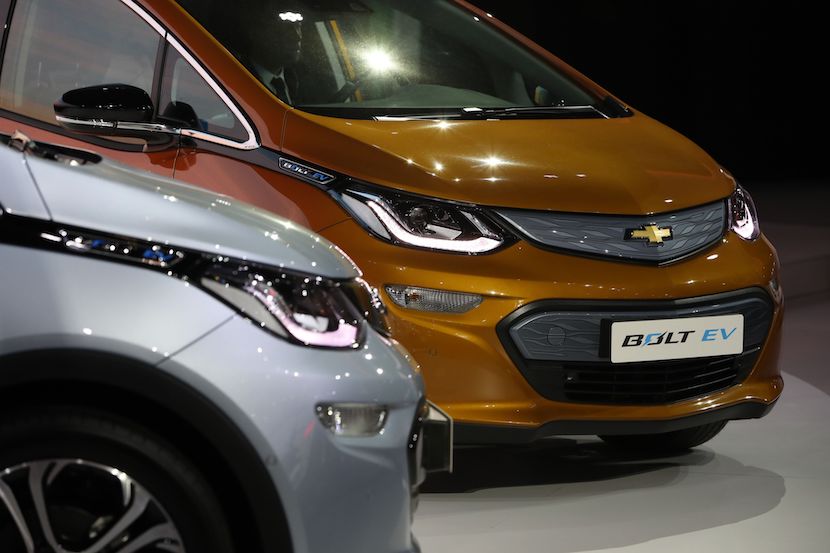 According to our partners at The Wall Street Journal, General Motors is to be reimbursed $1.9bn after manufacturing defects were uncovered in supplied battery modules. The part – used in one of their electric vehicles, the Bolt – has a flaw that has been linked to at least 13 fires. Electronics company LG is to refund the money for the faulty module, which has caused a recall involving over 140,000 vehicles. This has undoubtedly staggered GM’s plans to emerge as a leader in the electric vehicle sphere – an area in which Tesla still dominates. As Mike Colias reports, “for months, GM has been telling Bolt owners to move their Bolt outside immediately after charging, not park it inside overnight and to leave ample distance from other cars inside parking garages. Many Bolt owners have said they are unnerved by the fire risk and the delay in being able to fix their cars.” General Motors isn’t the only manufacturer who has suffered setbacks in the electric mobility movement. Korea’s Hyundai has suffered a similar issue, with their Kona EV suffering from faulty cells – also supplied by LG. Unlike a conventionally powered car, an electric vehicle fire – a relatively rare occurrence –  is tougher to extinguish. “The main danger occurs when the lithium-ion battery is damaged, which might happen if it is exposed to extreme heat or something penetrates the battery cell wall,” says the UK’s fire and rescue services. – Jarryd Neves, Motoring correspondent.

GM to Recover $1.9 Billion in Bolt-Recall Costs in Deal With LG

By Mike Colias of The Wall Street Journal

General Motors Co. GM 1.50% said it would recover from supplier LG Electronics Inc. 066570 -1.61% nearly all of the $2 billion cost of recalling Chevrolet Bolt electric models for the risk of battery fires.

GM said Tuesday that LG would reimburse the car maker because of manufacturing defects in battery modules supplied by the Korean company. GM in August expanded a previous recall to include all of the roughly 142,000 Bolts that the auto maker has produced since 2016, citing a likely manufacturing flaw that has been linked to at least 13 fires.

In its third-quarter earnings later this month, the Detroit auto maker said it expects to report a recovery from LG of about $1.9 billion of the $2 billion in charges related to the safety action, one of the costliest in its history.

LG didn’t immediately respond to a request for comment.

The Bolt recall has been a high-profile misstep for GM in its bid to emerge as a leader in electric vehicles. It is gearing up to roll out dozens of new electric models in coming years and aims to eventually surpass electric-vehicle leader Tesla in U.S. sales. The Bolt is GM’s lone electric vehicle on sale in the U.S. today.

GM has said the defect involved a likely manufacturing problem at LG factories that resulted in two flaws in certain battery cells that could lead to a fire. The auto maker previously said it was in talks to have LG reimburse the company for some recall costs.

For months, GM has been telling Bolt owners to move their Bolt outside immediately after charging, not park it inside overnight and to leave ample distance from other cars inside parking garages. Many Bolt owners have said they are unnerved by the fire risk and the delay in being able to fix their cars.

The auto maker said in September that the companies had worked out a fix to the problem and hoped to begin producing flaw-free battery cells and replacing modules in the recalled cars in October. In a statement Tuesday, Shilpan Amin, GM purchasing and supply-chain chief, said the auto maker expects to begin repairing vehicles this month.

“LG is a valued and respected supplier to GM,” Mr. Amin said. “Our engineering and manufacturing teams continue to collaborate to accelerate production of new battery modules.”

Corrections & Amplifications
GM said Tuesday that LG would reimburse the car maker because of manufacturing defects in battery modules. An earlier version of this article incorrectly said GM made the announcement Monday. (Corrected on Oct. 12)