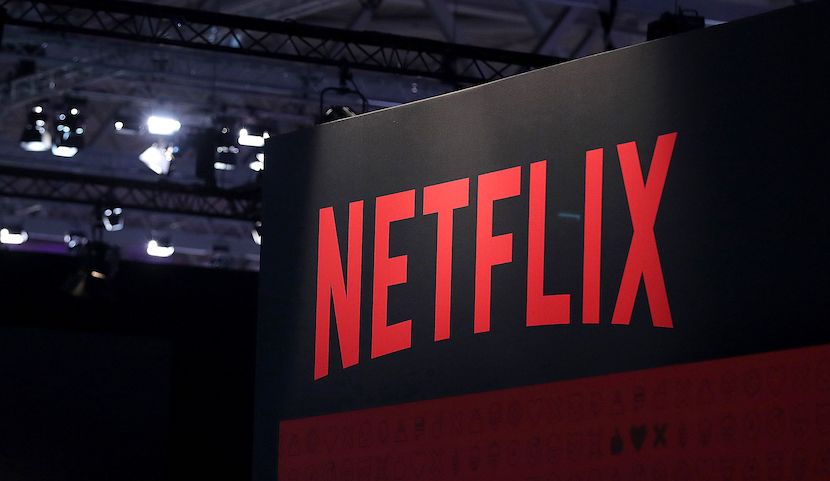 Sean Peche is happy that value investors like himself are emerging from the wilderness, but he says share price wipeouts like Netflix do not suddenly transform ‘growth’ stocks into investment opportunities. Using Netflix as a reference point, he cautions that although now ex-growth, the company’s shares are still trading at three times revenues; and after accounting properly for content costs, its profit margins are very low. In this instructive interview with BizNews editor Alec Hogg, a long-time Netflix fan, the Ranmore Funds founder explains why he will not be following supposed bargain hunters into buying Netflix shares. Indeed, he reckons the numbers from the world’s dominant movie streaming business are a warning of more shocks next week when the really big tech companies’ quarterlies are released.

Reed Hastings has been a genius. If you look at where they’ve come from and how he’s managed to reinvent the business from taking the blockbuster model and posting the videos; they haven’t fallen into the trap along the way. They have built organically, they have got onto streaming, etc. They’ve developed this market but there are a couple of points. The one is that as soon as you do well, demonstrate growth and decent returns and you are getting a high value for that, you attract competition. That is exactly what has happened. Disney thought, hang on, look at what everybody thinks Netflix is worth; we’ve got the content, we can do that, too. Then you have Paramount saying, well, we can do that, too, including Hulu, etc. So, they’ve attracted competition, and they’re almost a victim of their own success.

The second point is it’s always interesting to take a fresh look at it and say well, rather than the share price being down 60% from its highs, maybe those highs were just ridiculously high. That is not a benchmark, which is why I like to look at the value in dollar terms and say, forget what it was, what is it today? It’s $100bn, that’s a big company. There are lots of media companies that are way smaller than $100bn. Then say, what am I getting for that $100bn? Well, I’m getting revenue of $30bn. That is three times revenue, so if you’re paying three times revenue for something, then you should expect high margins. What are the margins? The operating margins are about 20%… Okay, so that’s good. They make $6bn in operating income. Now you say, well, 1,600 billion times operating income. That’s before tax and before interest. Maybe after interest and tax, we’re looking at 20 times net income. But now comes the important part. Are those earnings cash? That is where it got quite interesting because then I looked at their cash flow statement and it was negative. I went, hang on, normally what happens in a business when you are slowing down is, your cash flow comes rushing through because all of a sudden, your accounts receivable is not expanding, so you don’t have to invest in working capital. Your inventory is not expanding so you don’t have to invest in inventory. Of course, this is a different type of business because they have no inventory and they don’t really have accounts receivable other than the credit card receipts from a few days before quarter end. I then looked at the balance sheet and saw $30bn of content assets and the movement of the content assets affects the cash flow statement. So, while they’re not investing in inventory, they are investing in content. They’re making The Crown, Bridgerton, Peaky Blinders and all these other series. All this content costs a lot. And the problem is you’re getting higher profile actors and you’ve now got more competition because you are competing against Apple. The big problem is Apple TV Plus is a sideshow; they don’t need to make money on that stuff because they’re making so much money on the iPhone, iPad, Apple Watch, etc. Disney doesn’t really need to make money on Disney Plus because they make money in the parks and the movies and all the rest. However, Netflix has nothing else to subsidise, so they need to make a bit of money. I have always thought there are probably a couple of other strings in their bow, that they could do advertising, and stop the sharing. They are talking about that now and are going to have to look into it. When I looked at the content, what was interesting is its costs are going up, the amortisation is a bit of a funny one because $30bn is going to have to make its way through to the income statement over time, plus the content that they’re continuing to develop. The income statement can vary because it is based on viewer patterns and expected viewer patterns. I mean, how many years should you amortise The Crown? The question is, what are those content numbers worth? We don’t know.

On Netflix producing content in local markets which benefit from globalisation

That has been an incredibly good strategy. Lupin, the French detective series, they need those. If you look at companies like ITV and those guys, one of the cheapest forms of content is unscripted content. Take Love Island, you put a whole lot of good-looking people into a New York villa, you dangle £50,000 as the prize and you pay to rent the villa for two months. And as for your costs … other than a stacked bar fridge and a few camera people.