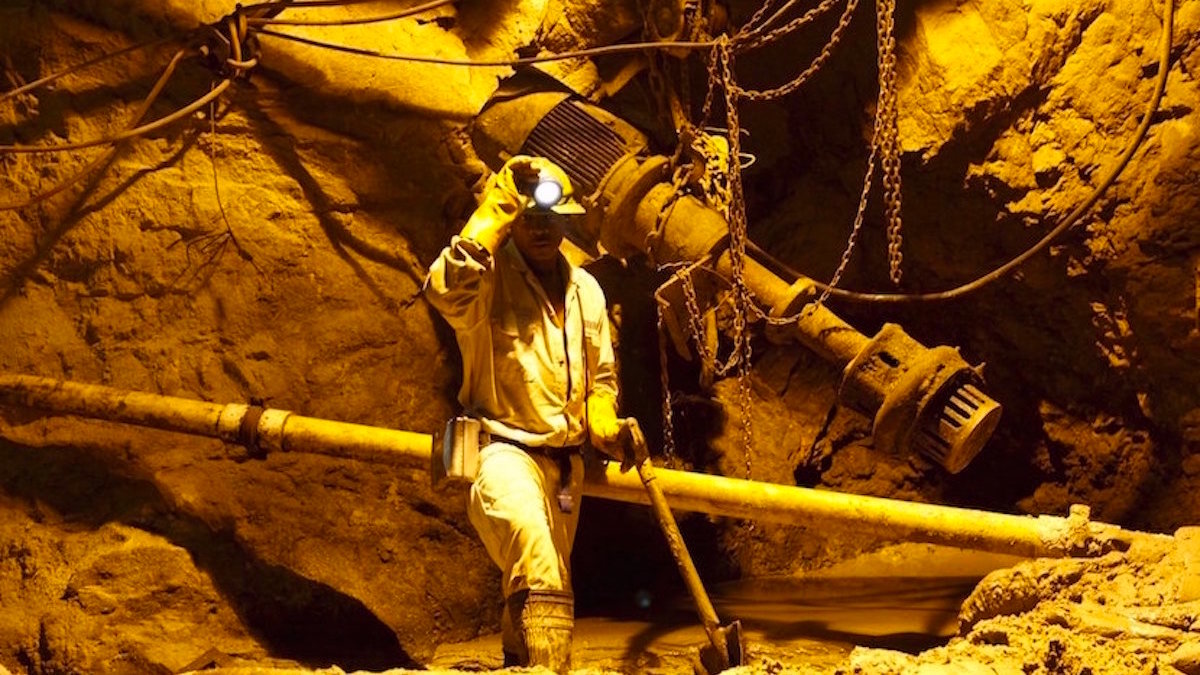 Almost a decade after it hived off the bulk of its South African assets into the creation of Sibanye, venerable SA mining group Gold Fields Limited has delivered a statement of great intent through the acquisition of a Canadian peer for more than R100bn. The acquisition, a stock-only deal, will enlarging the Gold Fields issued equity by 39%. It came as an unpleasant shock to Gold Fields’ current owners who knocked 11% off the share price, dropping the price to a three month low. The South African company, now led by former AngloPlatinum CEO Chris Griffith, was founded during the Witwatersrand Gold Rush of 1887, and was the bullion-vehicle of Kimberley diamond magnate Cecil John Rhodes. Its only remaining SA asset is South Deep, the long-life, deep-level and highly mechanised gold mine once owned by the late Brett Kebble. It is one of the world’s biggest gold producers and is based in Gauteng to the south west of Soweto between Carletonville and Vereeniging. Here’s the report from our partners at the FT. – Alec Hogg

By Harry Dempsey and Neil Hume of The Financial Times

South African mining group Gold Fields has agreed to buy Yamana Gold in an all-share deal valuing its Canadian peer at $6.7bn, the latest consolidation in the fragmented sector.

Yamana shareholders will receive 0.6 Gold Fields shares for each share they hold, giving them about 39 per cent of the combined company that will have a $15.6bn market capitalisation. The offer represents a 33.8 per cent premium to Yamana’s average share price over the past 10 days.

The takeover comes as big gold companies try to revive their fortunes after being shunned by investors who have grown tired of the sector’s lacklustre performance at a time when gold prices are under pressure from rising interest rates and a stronger US dollar.

The deal will create a miner with annual gold production of about 3.4mn ounces, overtaking South African rival AngloGold Ashanti to become the world’s fourth-largest gold mining group, behind Newmont, Barrick and Agnico.

However, shares in Gold Fields slid 12 per cent in Johannesburg. Analysts at Morgan Stanley said the company was paying a premium for Yamana because of a lack of growth prospects and the fact that 60 per cent of its own reserves are in South Africa, one of the least preferred mining jurisdictions, according to the influential annual Fraser Institute Survey.

Gold Fields, which was founded by Cecil Rhodes in 1887, produces about 2.4mn ounces of gold a year from nine sites in Australia, Ghana, Peru and South Africa, It is also developing its flagship growth project, Salares Norte in Chile. Yamana is focused on the Americas, with large sites at Malartic in Quebec and El Peñón in Chile.

The gold market has been volatile this year, briefly trading above $2,000 a troy ounce in March as investors looked for safe places to park cash after Russia’s invasion of Ukraine. However, the price has slipped back to about $1,850 as the US dollar and Treasury yields have strengthened.

A stronger US dollar makes gold more expensive for holders of other currencies while rising interest rates increase the opportunity cost of owning the metal, a non-yielding asset.

The two companies said the deal would strengthen their portfolio of assets, diversify their geographies, improve their financial position to develop large projects and achieve $40mn of annual cost savings.

Chris Griffith, chief executive of Gold Fields, said the main rationale was to create a growth engine for beyond the next four years, when its output will begin to drop after Salares Norte has been developed.

“What we wanted to do was grow our pipeline, bulk up our South American operations and get a presence in Canada,” he said in an interview.

Analysts believe there are too many gold mining companies given the size of the industry. The sector has a reputation for overspending, poor capital discipline and, in North America, excessive executive pay.

Other potential deals in the sector could involve Canada’s Kinross, which is seen as vulnerable to a bid after selling its Russian mines at a knockdown price following the invasion of Ukraine.