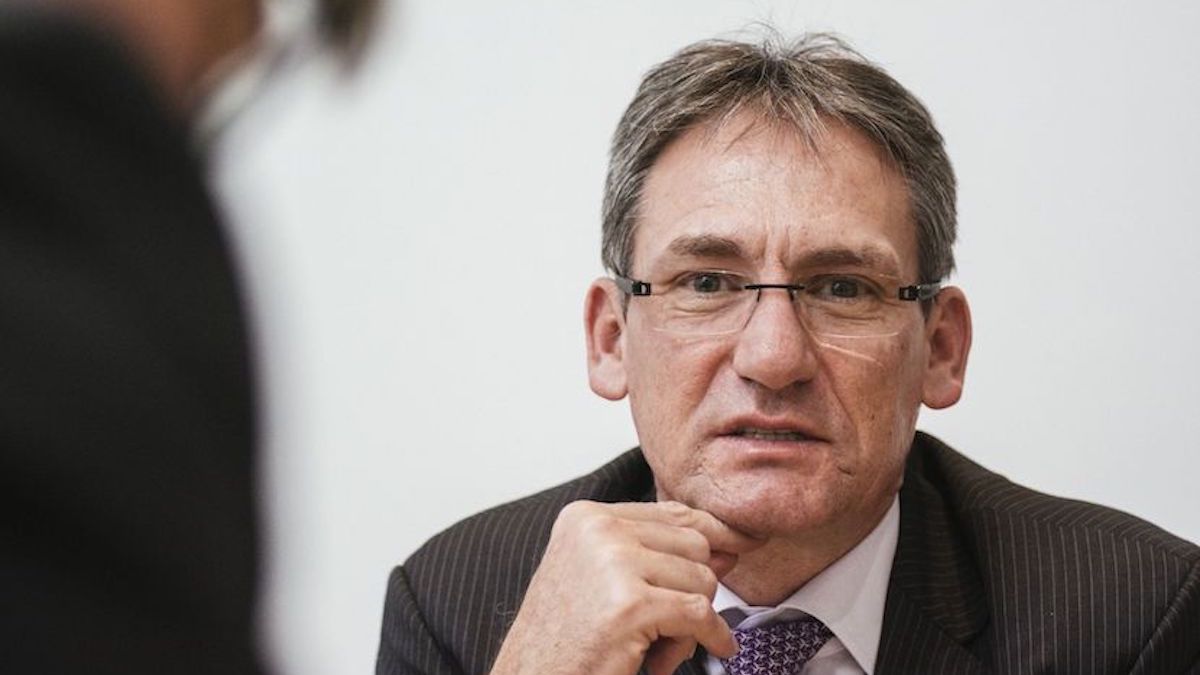 Shareholders were unimpressed by the proposed $6.7bn price that SA’s Gold Fields Limited has agreed to pay for Canadian peer Yamana Gold. The acquiring company’s share price dropped 22% at the announcement and shows little signs of recovering. However, Gold Fields CEO Chris Griffith believes Mr Market has this one wrong and in this podcast with BizNews founder Alec Hogg, he reveals the message he has been sharing during face-to-face discussions on his US road show. The message: hang in there; once the analysts fully digest what this deal actually means, they’ll be a lot more positive.

I think the first thing I would say is that this is not unexpected when you’re paying a premium for a company. The initial reaction is that your share price will go down and the target share price will increase. I don’t think that was unexpected. It is certainly something we reminded our board about just before we pushed the green button. And then you expect over the next while, as you engage with shareholders, that it will reverse. So, it is too soon for us to say, but as you know, this is a massive deal. As you said, this is just under $7bn or just over R100bn. This is a big acquisition.

But it is absolutely that we see that value and more. And the fact that the company’s share price is undervalued. For what we are buying, I think there is an expectation that we need to pay a premium for some of that value. So we pay for some of the value and the rest of the value accretes to our shareholders. This is a big deal; too big to just land on the market. We need to know over the next few months before we put it to shareholders to vote, we need to engage with them, spend time with them, help them see what we can see so over time, we expect our share price to be right.

If you look at their share price, I mean, it has been between $5bn and $6.2bn over just the last year. For us, the $6.7bn is not something the market is unused to. The 12-month target price for Yamana is $7bn. So actually there’s not that much that we don’t see the share price. The market cap is saying that, yes, we think that they will get to that value over time. What this does for the Yamana shareholders is it brings some of that value forward. The other thing the market is not giving them credit for and probably won’t is that some of their projects are not doable in terms of the size of the company. For example, the Mara project, there’s very little value that gets ascribed to the share price and their market cap. The reason for that is nobody believes they will develop it. There’s no question of whether it’s a great quality asset, it’s that the market doesn’t believe they will do it themselves. We think that’s right. So when you put it into a $15bn, $16bn market cap company, then Mara is absolutely deliverable.

So, we see that and much more. For example, in our valuation we have not included several of their existing assets growth portfolios. If it’s not in train at the moment – an approved project and capital being spent on it – we have not even included that in our valuation to make sure we don’t push the boat out to try and justify the purchase price. The message we send to our shareholders is we can see the value that we paid $6.7bn. And the market can see that as well. Over time, the additional value that we will have to pay for, will get for in a different way or t as part of this deal, we see substantially more upside than we are paying for.

I think that the outcome,that we will be number three or number four globally in one of the major gold companies is an outcome of the deal. It is not the objectivel. I mean, that sounds like a sexier headline than to say: hey, listen, you’ve got a pipeline of assets that we need to secure. We need to bulk up in South America. We want access to Canada. Those aren’t nearly as sexy headlines as saying: oh, you’re going to be the third or fourth largest gold company globally. So, yes, it is. It’s a fact. It’s an outcome of the deal we are doing, it wasn’t the objective.

It is true there could be pressure on gold. Our view is that those pressures will probably even out with some of the upward pressures for gold price, and you may have similar gold prices to what you have now. But we continue a long-term strategic deal on the basis of current prices. We use only long-term prices when we value deals like this, and that is a much lower gold price than we have now. That’s about $1,600 as opposed to $1,800, $1,900. We are not concerned about that and the assurance we are trying to give to shareholders is to say this is not getting carried away with the price of the day. We have all been around long enough to have seen up and down cycles and had to manage businesses through those cycles.

Yes, we think this is now becoming like just any other mine. Itt no longer has that tag of having a negative NPV and of losing R1bn to R2bn  a year. South Deep is contributing substantially to the group. It’s growing on an annual basis and delivering what we say it’s going to do on an annual basis. We think it will continue to grow by another 20% to 30% over the next four years. Again, we’re not being overly ambitious. We can see that. We can see the structural changes that over the years are not delivering this. We are mining much greater percentages in the more established parts of the ore body, the leadership team, they are well established and have got a fantastic bench strength.

The message I would like to leave is we didn’t bump into somebody in a pub one night and say: hey, how about doing a deal? This has been and is absolutely in line with our strategy to look to the next step for the company, for the future, and in particular, secure the future with a pipeline that needs to be re-established. We also want to bulk up South America getting to Canada. This deal does that. It accelerates our strategy delivery. We can see the value we are paying for this deal and much more.