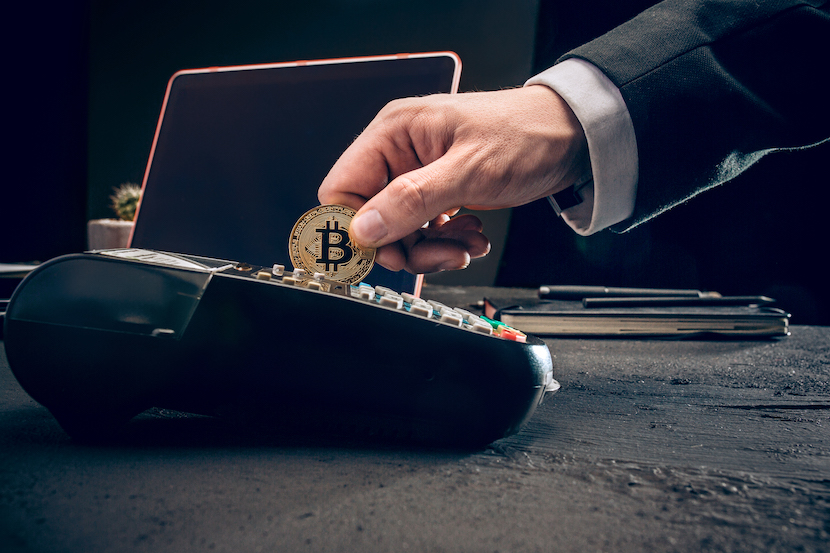 One of the main things keeping mass adoption of cryptocurrencies at bay is its usability. In the past, people either had to mine their tokens – which was technical, confusing, and expensive to get into – or understand blockchain technology in order to trade with other crypto users. Recently, it has become slightly easier, with trading platforms allowing for regular people to buy and sell crypto, but these platforms were prone to scandals and didn’t offer the full utility of  digital currencies. Also, trading platforms mean decentralised finance is centralised, as they hold onto your assets for you, which also means that if an exchange goes bankrupt, your assets will likely go with it. Many solutions have been sought to allow people to hold onto their own cryptocurrencies, while also having the ability to easily trade them. Solana’s approach was to develop Saga, their flagship Android phone with Web3 capabilities which will allow users to walk around with a physical cryptocurrency wallet on their phone and easily trade their digital tokens. But this device will be expensive and for a very specific kind of consumer, or more likely a Web3 developer. However, Visa and Mastercard are looking at how to bring cryptocurrencies to consumers as usable everyday currencies, rather than just volatile assets. More in this article from The Wall Street Journal. – Ross Sinclair

Cryptocurrency Is Coming to Your Credit Cards

Will you one day use crypto for everyday purchases? Visa, Mastercard and others are betting on it and taking steps to pave the way

Cryptocurrencies are a volatile investment today, but card companies including Visa Inc. and Mastercard Inc. are betting crypto will one day be used routinely for everyday purchases from food to clothes to plane tickets—and they don’t want to be left behind when that happens.

Consumers now can make payments with cryptocurrencies linked to Visa and Mastercard cards provided mainly by fintech companies, but it’s a niche market. And transactions generally depend on third parties converting the crypto to local currencies. Visa and Mastercard—the largest card networks in the U.S.—say they are working on ways to handle the mechanics of crypto payments themselves. These efforts, if they succeed, would mark a major turning point—the first time that the decades-old networks would enable settling payments in assets beyond what most consider mainstream currencies.

For now, the card networks largely view their efforts as geared toward banks, fintechs and other businesses they consider clients. But the moves could ultimately have a big impact on the way consumers and merchants make transactions.

This could mean a future where it will be common to pay for sandwiches, clothing and other daily purchases by pulling out a card that’s funded by cryptocurrency, similar to the way debit cards are linked to checking accounts. It could also mean more financial institutions begin issuing these cards for consumers and that more merchants begin accepting stablecoin or other crypto as payments. Some companies, including AT&T Inc., Overstock.com Inc. and Chipotle Mexican Grill Inc., already accept crypto payments from consumers.

Uncertainties remain. One question is whether merchants will find a way to bypass cards altogether when taking crypto payments, saving themselves the fees that they pay when they accept debit and credit cards. Security challenges must be addressed. Some payments executives say nationwide regulation is needed to require financial institutions to have reserves to back cryptocurrencies they hold.

Still, while the recent crypto crash has shaken some investors, payments companies have pressed forward with their plans for crypto-backed payments during similar drops in the past and now say they will continue on the same path. “Independent of the prices of any given crypto asset on any day, we are seeing continued interest from our existing clients and new developers coming into the space,” said Cuy Sheffield, global head of crypto at Visa. “We want to…take a long-term perspective on how crypto can impact payments and focus on adding as much value to the ecosystem as we can.”

A Push Toward Crypto

Over the past five years or so, crypto has moved from an asset largely isolated to wealthy investors and millennials dabbling in the possible next big thing to one that could become a rival in everyday consumer payments. The biggest U.S. card networks are concerned that not enabling crypto payments could mean getting cut out of a growing–and possibly one day, dominant–form of payment, according to people familiar with the matter.

They also think consumers will want to pay this way. “We don’t really see demand for that today but it may come; and so that’s also a reason why we’re investing,” Jorn Lambert, Mastercard’s chief digital officer, said at the company’s investor day last year.

Other large payments companies are expanding their crypto capabilities. PayPal Holdings Inc. began allowing U.S. consumers to pay with crypto last year. Instead of paying merchants with a card that they have loaded on PayPal, consumers can choose crypto that they store in accounts on the platform. The crypto is converted behind the scenes into local currency through a partnership with Paxos, a blockchain infrastructure platform. PayPal then sends the payment to the merchant. In June, PayPal said it would allow its consumer customers who have crypto on its platform to pay other PayPal users with it.

“We are on the side of the debate that believes this is going to happen,” said Jose Fernandez da Ponte, senior vice president of blockchain, crypto and digital currencies at PayPal. “I don’t know if we are three years or five years away from mainstream adoption, but that’s something that I believe that we will see in a relatively short amount of time.”

Banks and other card issuers got a wakeup call, according to payments executives, as customers asked if they could use their cards to buy NFTs, the digital tokens associated with digital art and collectibles, songs and videos. Many sellers of NFTs, or nonfungible tokens, only accept cryptocurrency as payment. Though NFT marketplaces have cooled, Visa and Mastercard still see them as an opportunity and have begun working with third parties to get into the market.

Among them, Miami-based fintech MoonPay since last year has enabled Visa and Mastercard cards to be used to buy NFTs. The capability launched in testing mode this year on OpenSea, one of the largest NFT marketplaces. When consumers who have crypto wallets–or accounts–use their cards to buy certain NFTs there, MoonPay purchases the NFT with crypto and then charges the consumer’s card the equivalent amount in local currency plus a roughly 3% fee on average. MoonPay then transfers the NFT to the cardholder.

Both Visa and Mastercard see fiat-backed stablecoins, with values pegged to traditional currencies like the U.S. dollar or other financial assets, as a testing ground for handling crypto payments–though stablecoins, too, have been shaken in recent market turbulence. After consumers make a payment with a card linked to stablecoin, the networks want to be able to receive stablecoin payments directly from the card’s issuer–a bank or other financial institution–and then send the stablecoin to the merchant’s bank.

Visa is also testing converting the stablecoin into local currency itself and sending it to the merchant’s bank. The company is aiming to roll out the latter capability in certain markets globally before the end of the year.

Many U.S. banks don’t allow customers to buy crypto with credit cards they have issued because of pricing volatility. The concern is that cardholders might be more likely to default on their bills if crypto plunges soon after a purchase.

Visa is in the early stages of trying to share more information with issuers about transactions that involve buying cryptocurrencies so that they can make decisions about whether to approve them, according to people familiar with the matter. There is more willingness from banks to approve these transactions for consumers who have high spending limits, they said. Banks are also weighing possibly placing separate, lower spending limits for these purchases, they said.

Some card companies are looking at different models for using cryptocurrency for daily transactions. In April, London-based crypto-services firm Nexo teamed up with Mastercard to launch a credit card backed by cardholders’ cryptocurrencies. The card is available in Europe and allows consumers to put up their crypto as collateral in exchange for a spending limit of up to 90% of the crypto’s value. Mastercard clears and settles the payments in the local currency.

If the collateral’s market price falls too low, Nexo could ask cardholders to repay part of their outstanding balance or to increase their collateral–or risk Nexo selling parts of their collateral in order to lower their loan-to-value ratio.

Nexo says it is planning to roll out the card in the U.S., though it didn’t disclose timing.

Payments companies say security breaches are a concern when it comes to crypto-card payments. Many people store crypto in wallets that sit on exchanges or other third-party services that are prone to getting hacked, which means that people’s crypto can vanish. Over the past year, hacks have happened on large crypto exchanges and platforms.

Somerset, N.J.-based CompoSecure Inc., a company that issuers including JPMorgan Chase & Co. and American Express Co. use to develop their cards made of metal (a feature that started out on higher-end rewards cards and has spread to other credit cards), filed a patent last year for a security application for storing and paying with crypto.

Last year, CompoSecure launched “Arculus,” a smartcard that stores the private keys to people’s crypto. Consumers open the app using their fingerprint or face, type in a PIN and tap the card on their phone in order for the transaction to go through. For now, the security measures apply to selling crypto and paying other people with it.

CompoSecure says it’s in discussions with major card issuers and others that are looking at adding the company’s security feature to the chips that are on standard credit and debit cards. It declined to name the companies. People could then be able to tap their cards on their phones and, through a biometric or other secure login process, make crypto payments for NFTs and more.