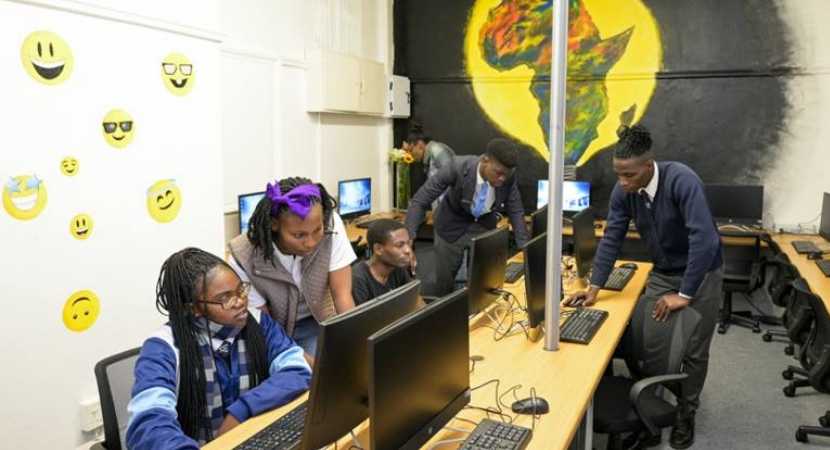 Electrical engineering student Nadine Maselle was a matric student at Salt River High last year and, while there, she realised that her old school’s computer lab could do with a much-needed improvement. So, when she became a fellow of the Facebook Community Leadership programme, she had an opportunity to give back after receiving a grant for $50,000. In this interview, Maselle tells us more about how that money has been used to beef up something called the ‘Dream Lab’. – Gareth van Zyl

With me on the line from Cape Town is Nadine Maselle who is a South African fellow of the Facebook Community Leadership program. Nadine, thank you for joining me.

Can you tell what the Facebook Community Leadership programme is and how you got involved with it?

Facebook Community Leadership program is a programme which helps community leaders. to help their communities better. It gives them means and tools to help their communities in a better way using Facebook. I was nominated by an NGO called Dream Factory Foundation for this program because I am part of the youth category. So they nominated me and I was interviewed by Facebook and a month later I was accepted.

That’s quite exciting. What are you studying currently?

Yes, I’m studying Electrical Engineering at Northlink College, so I’m doing my second trimester now. Everything is going well at school, so I don’t complain.

Now, you also received a $50,000 grant from Facebook to be used in your community initiative which involves your old school, Salt River High. Can you tell us more about how you used that money because I believe it went towards helping improve something called The Dream Lab?

Yes, the room in The Dream Lab was not in a good condition so what we did was we renovated everything – we changed the colour of the walls, we took out the mats and put new mats in and we even bought computers. There are still more things that we’re going do like bring in programming coding sessions – so we need people who are experienced in that field. I’ll be teaching as well and actually won’t be paid for that – it’s just going be my voluntary work. So, we’re using the funds to make sure the room is maintained and also that the programs are paid for.

And why did you decide to get involved in this way with your old school and give back? What motivated you to do that?

So I was in Salt River High last year, and I realised that I needed to access the internet to apply for my universities and all that in the lab. So my friends also asked me to help them apply and I was disturbed one day when I was inside the computer lab, and I asked someone to press and do something on the computer but he didn’t. So I was like, oh this is shocking: someone who is in Grade 11 and 12 cannot operate a computer. Something had to change, and that’s when the idea of The Dream Lab came in. I just wanted to help the learners from school, because most of them do not have access to computers or internet.

You also tutor about 20 learners in mathematics, science and computer programming. Can you tell us more about that?

Yeah, so I do a lot of tutoring. It’s during my free time and sometimes I’m not free but I’m doing it still. So I tutor maths and I’m going to be tutoring computer lessons too. I think this came with the whole feeling of, ‘Why am I among a small number of people who know computers in the school’. I was just disturbed, and I started helping others because it makes me feel good that I’m doing something to help someone.

And what has the reception been like from your students so far?

They’re just always happy to see me and they always want my help and they’re just excited about The Lab.

Where do you see this going in years to come. Do you see The Dream Lab being improved further and could you potentially help other schools as well?

My vision for The Dream Lab is that it will help the community and that we find a bigger space and make a bigger lab to help people in the community, as well as other schools. It’s not only the learners who do not know computers but other people outside as well because they were not exposed to it.

Nadine, thank you so much for taking the time to chat with me today and for telling me more about what you’re doing at Salt River High.