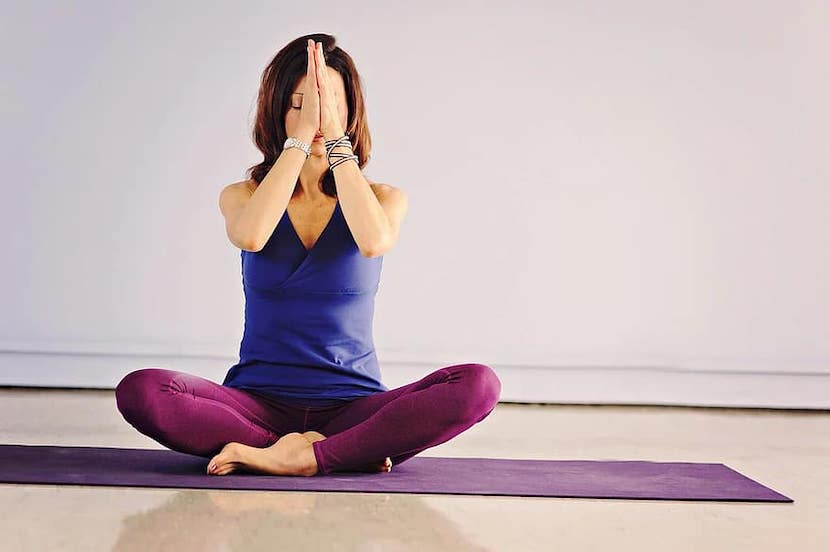 A few years back, BizNews published an article on depression and mental health costing SA billions and one of the main points was that mental health could soon overtake HIV/Aids as the leading cause of illness in the country. So when the first 21 days of lockdown were extended, I remember feeling overwhelmed and mentioned it to the BizNews team that I was mostly worried about my own mental wellbeing. Even though I was not infected by Covid-19, I was affected and the isolation and stress got to me. The best advice I received from a cherished colleague (who always inspires me to be healthier) was to get into the habit of taking deep breaths and to quieten my mind. It was helpful, especially because I thought I was the only one feeling that way. This became my type of meditation: the mindfulness process. In this piece, the author writes that if we go by the science, it seems meditation does work as a treatment for depression – both short term and long term. And, if we go by experience, developing a regular meditation practice is the best thing they’ve one for themselves as an adult. I have to agree. This article was first published on FirstRand’s Perspectives. – Lindiwe Molekoa

Psychiatrists are pragmatic people. There’s compassion and empathy, yes, but there’s also extreme firmness – especially when it comes to biopsychosocial treatment protocols for patients with depression.

So, you can imagine my surprise when my rather stern psychiatrist agreed to allow me to halve my long-term dose of daily medication for depression, provided I also commit to daily mindfulness meditation.

Turns out, it is.

The same effect size as medication

A 2014 study featured in the Journal of the American Medical Association (JAMA) suggests that meditation could actually rival anti-depressant medication in easing the symptoms of depression, anxiety, and pain.

The effect size for meditation on depression, at 0.3, is ‘moderate’ at best. But consider this: the effect size of antidepressant medication (the go-to treatment protocol in many countries) is also 0.3. So the evidence in favour of using meditation to treat depression is pretty impressive.

What does meditation do to the brain?

According to researchers cited in Forbes during 2014, mindfulness meditation enhances “attention regulation, body awareness, emotional regulation and changes in self-perspective,” all of which play a role in depression.

Does it take years of practice to work? No. Participating in only eight weeks of meditation training can have measurable effects on how the brain functions, even when you’re not actively engaged in it. This was the 2012 conclusion of investigators at Massachusetts General Hospital, Boston University and other research centres.

How’s that possible? Well, on a biological level, neuro-imaging studies show that meditation is linked to reduced activity in the amygdala, the structure at the base of the brain that has a role in processing memory and emotion – and causing stress.

The overarching hypothesis here is that meditation can result in enduring, beneficial changes in brain function, especially in the area of emotional processing.

What, specifically, is ‘mindfulness meditation’?

Through meditation techniques, patients are encouraged to accept emerging negative thoughts and feelings without allowing these to alter their emotional state or send them spiralling into a vortex of despair. This is a form of Buddhist self-awareness designed to place precise, objective attention on the present moment.

“A lot of people have this idea that meditation means sitting down and doing nothing,” says Dr Goyal. “But that’s not true. Meditation is an active training of the mind to increase awareness…”

Mindfulness meditation involves paying attention to your internal processes (both thoughts and bodily sensations) in a curious but non-judgmental way. The idea is realising that thoughts come and go of their own accord, and that the conscious self is distinct from those thoughts. It’s the difference between not thinking about anything (which, for many, is impossible), and being aware of, but uninterested in, what you are thinking about.

As a lifelong over-thinker, I like to compare this to sitting on the side of the road and watching cars go by. I don’t need to jump into the traffic; I can just watch the cars pass. I note any pop-up thoughts and, in my mind, flick them away.

And what are the results over time?

A team of researchers carried out a 2016 study, published in JAMA Psychiatry, during which 70 adults with generalised anxiety disorder were randomly assigned to two groups. One group received mindfulness-based stress reduction, while the other, acting as the control, did not receive any sort of meditation training.

Now, there’s already a substantive body of meditation research to suggest that the practice is beneficial for mental health issues. But this was the first to include a control group and to cater for ‘expectancy bias’ (which is when participants expect meditation to work and therefore report that they feel better after the experiment).

The researchers found that the depressed individuals who learned mindfulness techniques, including meditation, showed significantly lower levels of a specific stress biomarker in the body. This could suggest that meditation can help how you feel over time, while also leaving a measurable impression on your body on a cellular level.

By extension, then, learning to meditate can dramatically reduce the chances of relapse into depression for those who have suffered repeated bouts.

A word on behaviours linked to depression

It’s important to mention that researchers have, to date, found no evidence to suggest that meditation can affect the health-related behaviours affected by anxiety and depression, like substance abuse or insomnia.

Anecdotally, however, meditation is one of the ways I’ve dealt with my own insomnia – using meditation apps to put myself back to sleep literally hundreds of times – but there’s currently no conclusive science to back this up.

Could my psychiatrist be going crazy?

No. If we go by the science, it seems meditation does work as a treatment for depression – both short term and long term.

And, if we go by my experience, developing a regular meditation practice is the best thing I’ve done for myself as an adult.

While I won’t be giving up on the balance of my medication just yet, there’s simply too much potential benefit (and, let’s be honest, no potential harm) in mindfulness meditation, not to try to do it daily.