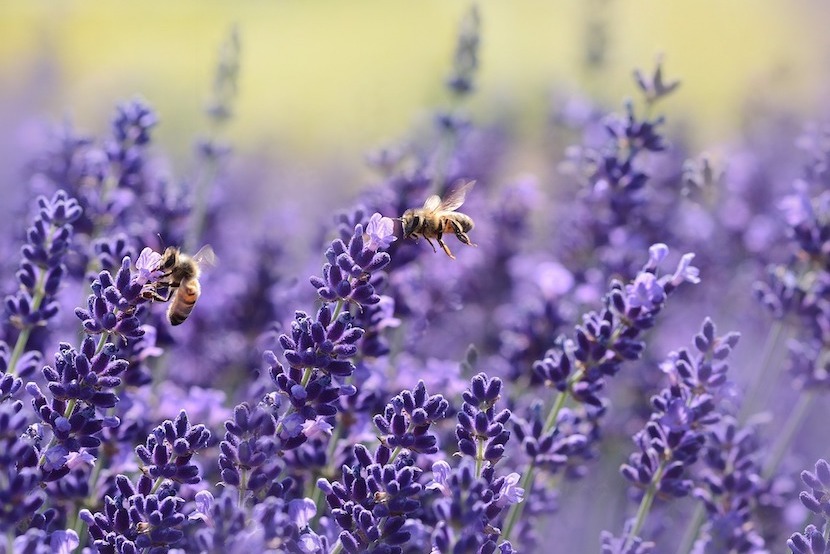 Three years ago, a friend and I visited the Two Oceans aquarium in Cape Town and witnessed the damage plastic causes to endangered species such as turtles. The aquarium rescues these animals and once they’re successfully rehabilitated at the facility, they’re released back to the wild. We were introduced to Yoshi the loggerhead turtle and her journey to rehabilitation was long but she made it through and she was released in December 2017. Since then, Yoshi has travelled about 40 000km over the past two and a half years and is currently enjoying the warm water off Eighty Mile Beach in Western Australia. A positive story, but the damage humans conflict on nature, animals and the environment is still massive. We learn in this piece that insects are in danger of going extinct. A new report suggests half of all insects may have been lost since 1970 and the most documented disappearances are amongst butterflies and bees, major pollinators both, declining at unprecedented speeds, adds Athalie Russell Besseling. The German government warned late last year that leaf blowers are contributing to ‘insect armageddon’ and should be avoided. This article was first published on FirstRand’s Perspectives. – Lindiwe Molekoa

The dark side of leaf blowers, the windscreen effect and insect extinction

You are in the grounds of a leafy upmarket South African housing estate. Birds serenade you from the greenery. The peace and pleasance of the place are perfect. Until suddenly, the air is rent asunder by a sound like a T-Rex being fed into a mincing machine.

Leaf blowers, as anyone who has ever heard one knows, immediately make one homicidal. But knowing the damage they do incites one to go all Greta Thunberg to get rid of them.

A leaf blower’s engine is usually a two-stroke; cheap, inefficient and environmentally awful. These engines harm everything around them. Designed to be air-cooled, (their original design was for crop spraying), a hundred percent of their exhaust emissions spew directly into the area around them.

They are also gas guzzlers. One hour of leaf blowing puts as many pollutants in the atmosphere as a sedan driven sedately for about 180 kilometres. One cheap leaf blower’s pollution is greater than an average-size long-distance lorries.

These metal monsters excrete high frequency sound waves with decibel levels that far exceed acceptable limits. Hearing damage begins to occur when someone is around “extended exposure” to any sound of 85 decibels or higher. Just two hours of operating a leaf blower, which hits 90 decibels, can cause permanent damage and hearing loss. The greater the exposure, the deafer the luckless worker, who is expected to operate the grim leaf reaper without hearing protection, will become. (Have you ever seen a leaf blower handler in protective head gear?) And given the decibel damage, even if the leaf blower is being used at the house next door, you’re going to be in for some ear damage.

The trials and tribulations of the human user/operator are many. But worst of all is the destruction the leaf blower leaves in its wake. Everything in its path is scorched and obliterated. Small animals, insect species, plants, topsoil… nothing is left undestroyed. Here is a brief Ode to a Leaf Blower.

Elon Musk has been quoted as saying he’s going to make a silent leaf blower. Let’s hope he does before we’re blown, like leaves on a burning wind, all the way to Mars.

But it’s not just leaf blowers that are at war with the planet. Remember the mucky windscreen of your childhood, when you were on the road for the annual holiday?

The windshield phenomenon as it is also known, originated with people remarking that, unlike in decades past, we no longer have to get out of the car and scrub the windscreen to remove the bug splatter when we drive long-distance. As early as the 2000s, more and more drivers have become aware of this and commented on it.

British motorists in 2004, at the request of the Royal Society for the Protection of Birds, attached a PVC film to their number plates. This was the Splat-o-Meter. While not an official scientific study, it led to amazement that so few insects were splatted. They simply weren’t there to be splatted anymore.

The windshield phenomenon was widely discussed in 2017 after major publications noted meaningful reductions in insect populations over the last several decades and the media started to get wind of it.

An entomological society in Krefeld, Germany, collected 27 years of flying insect numbers using unchanged methods and sampling spots. Their landmark publication in 2017 noted a biomass reduction of around 75%.

Not all data suggests such a radical reduction in insect numbers, but most agree, insect numbers are declining fast enough for us not just to worry about it but to start making the change.

Incidentally, when did you last see a rain spider?

Mostly to blame, it is agreed, is massive agricultural output and pesticide use in the last half-century. (All to feed one species: us.) Since insects are responsible for the pollination of most plant species on earth, this is scary.

A new report suggests half of all insects may have been lost since 1970. The most documented disappearances are amongst butterflies and bees, major pollinators both, declining at unprecedented speeds.

Besides pesticide use and agricultural monoculture, habitat loss is a major factor.

Insects are vital to all ecosystems, either to pollinate, to serve as food for other creatures like birds, and also, less known, to recycle nutrients.

Insects constitute the most abundant and varied life forms on earth; they should outnumber humans by 17 times. But widespread declines are coinciding with what is called the ‘sixth mass extinction’ on Planet Earth. The huge losses of larger creatures and mammals are better-documented than the insect apocalypse, but the loss of the insect kingdom could mean a collapse of natural ecosystems that is catastrophic in that so many other life forms will also die out.

Like most of the effects of global heating, it is easy to feel despair and inadequacy at the greatness of the task. But at the same time a movement, which starts with me and with you, is growing apace.

We are becoming conscious of all the little changes we can make, using less plastic, eschewing vulgar consumerism, eating more plant-based food, saving water… all of which, if the billions of us do it together, may make the difference between a sustainable planet and Apocalypse Now.

Hopefully, it will be enough.