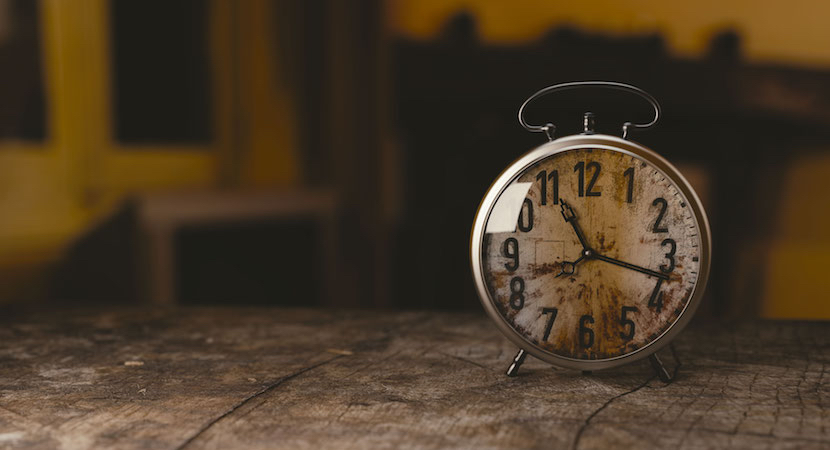 With the first year of lockdowns in South Africa behind us, many are dealing with grief on some level. Whether it’s time with loved ones, financial losses, a lost job or the ultimate tragedy of losing someone to Covid-19… each one of us has faced loss. Hindsight has been useful in teaching us about what we should have held dear, but it can also be painful. Looking back, it may seem obvious – we should have seen these setbacks coming. One could spend hours analysing what one should have done before the pandemic struck, travelling back in time to unpick mistakes. The more productive thing to do, even in the anger and regret of grief is to shift perspectives, look at events from a different angle. Accept that the unknown will eventually become your past and shape who and where you are. This article first appeared on FirstRand Perspectives. – Melani Nathan

The Dark secret of time travel

We are all on a boat of pain with a compass of desire. ~ Adam (from Netflix’s Dark)

All storytelling is fundamentally about a change in fortune: Someone had or gained something, only to lose it—says Kurt Vonnegut. Sometimes they get it back, whilst other times it’s about appreciating that they had it, even if just for a short time. The interesting thing, however, is not so much the loss but a character’s response to that loss. Aside from following the fortunes and/or misfortunes of characters, all stories require one other ingredient: time. That our oldest stories begin with interesting phrases such as “In the beginning” and “Once upon a time” are revealing of this. Two recently produced TV shows, Dark and Devs, grapple with the very scientifically technical and philosophically complicated landscape of time travel. And do so on the back of very simple storytelling.

According to the seven stages of grief, a natural human response to loss often involves one or a combination of anger, guilt, denial, disbelief, bargaining, depression and acceptance. It is canon for revenge movies, for example, to focus on anger as a reaction (see John Wick). Drama or tragicomedy might successfully focus on depression or guilt (see Love Liza), and a psychological thriller could home in on denial (see Shutter Island). In both Devs and Dark, it is perhaps a mixture of guilt and denial that drives the plot.

As stories, both shows are built on the back of the death of loved ones. Moreover, both the characters Forest (of Devs) and Tannhaus (of Dark) respond with a mixture of guilt and denial. It is from the attempt to undo the loss that neither man can cope with that the development of time travel emerges. This is an extension of a natural human response: With hindsight, we think we can clearly see what precipitated our loss. Interestingly, in both Devs and Dark, the unfortunate event is an impersonal car accident caused by what these characters perceive as their own actions. In Devs, Forest regrets the innocuous phone conversation with his wife leading up to the accident. Similarly, Tannhaus regrets the conversation that he has with his son that he believes caused him to drive off angrily into a storm. For Forest, dealing with guilt is a question of free will: Could things have been different had he chosen to hang up rather than discuss dinner plans? The haunting, guilt-inducing memory drives him to build an algorithm for a quantum computer capable of proving that things are predetermined; that is, his daughter was fated to die in precisely that way, on that day. For Tannhaus it is quite the opposite: He seeks to build a machine that can take him back so that he can choose a different outcome. From this point, things get a bit complicated but in different ways.

While each show grapples with science and philosophy, they diverge in how much they invest in either. Where Devs, for instance, tucks into the various interpretations of quantum physics, mildly touching on their philosophical implications of determinism and free will, Dark every so often exposes the scientific mechanisms behind its universe, but dives deeply into the philosophical thought experiments and paradoxes.

A commonality of Devs and Dark is that they both engage in multiple types of time travel. Very simply, there are two broad categories: closed time loops, in which the future and past co-occur within the same world (see Harry Potter and Back to the Future), and then there are parallel worlds that often resemble each other aside from some or other deviation (see Avengers: Endgame and The One). Regarding the former, it has been proven—at least by mathematical physics—that time travel to the past could actually be possible through a closed time-like curve (CTC). Essentially, CTC is a closed system of time in which causality breaks down because—assuming a determinist universe—any event requires some or other cause. However, in a CTC, the system is a circular loop in which simultaneity dictates that an event can cause itself. This is referred to as the bootstrap paradox. This is how, for example in Dark, older, and younger versions of characters are able to exist—amongst other things—at the same time.

Similarly, Devs develops a rich theoretical and philosophical conflict between the De Broglie–Bohm theory (DDB) and many-worlds interpretation (MWI) on the nature of the quantum universe. Forest is driven by a stubborn belief that the universe he inhabits can best be explained by DDB. Fundamentally, DDB is an explanation of quantum mechanics that posits that the universe is governed by determinist laws. This implies that Forest had no free will over the death of his daughter and wife, yet he remains driven by guilt because the software is faulty and cannot prove his position beyond a shadow of a doubt. But the projections into past and future are faulty and only work precisely under the assumption of MWI. Upon learning this, Forest is seriously unhappy and doubles-down on his denial that there are many universes because he can’t take the thought that a choice he made led to his daughter’s death. This is because time is regarded as a many-branched tree under MWI, wherein every possible quantum outcome (of a choice) is realised. In the end, Forest is forced to concede the reality of MWI when, later, we see a version of him in the simulation, where he gets to begin again with his family still alive. He describes this as heaven, and we are left to wonder how he copes in the other simulated worlds that he says are more like hell. There must even be a universe in which his family is still dead, and he is not in hell trying to fix the unfixable.

For the majority of Dark’s storyline, we are shown two parallel worlds: Adam’s and Eva’s. These worlds, although seemingly at odds, are in fact enmeshed within a single closed time loop. Adam is trying to find the beginning so as to disentangle the knot while Eva is doing everything in her power to keep it all going. It is eventually revealed that this knot is not at all metaphorical but physical or, more accurately, biological. Eva is actually Adam’s aunt and together they have a child, known only as The Unknown. The Unknown will go on to become Adam and Eva’s great grandfather. This is one example of the bootstrap paradox with which the show engages, in which it is impossible to distinguish between cause and event: a chicken-and-egg problem if you will.

What truly allows the system to continue to reproduce itself though are secrets. And everyone is in the dark about one of Dark’s biggest secrets: the third world. This secret is hinted at constantly through two pieces of information. Firstly, the symbolism of the trinity used in Adam’s Sic Mundus. Secondly, in an allusion to the subconscious and how little we all know, two quotes by Freud are often quoted. First: “He that has eyes to see and ears to hear may convince himself that no mortal can keep a secret. If his lips are silent, he chatters with his fingertips; betrayal oozes out of him at every pore.” Second: “What we know is but a drop, what we don’t know is an ocean.” We can follow this thread yet further.

One of Freud’s biggest influences in the development of his understanding of the unconscious was the philosopher Friedrich Schelling. In his manuscript, Ages of the World (1811), Schelling discusses the origins of history. He determines that because a thing cannot cause itself, therefore, the beginning of anything must lie outside of itself. Quite simply, any effect must have a cause separate from itself. In determining this, Schelling creates a duality between cause and effect. Coincidently, it seems, Schelling called this hidden beginning of history the Dark Ground. Schelling further proposes that the past has never actually existed as some by-gone present but that the origin of the present is in a different dimension of time altogether, entirely separate from the here-and-now. In much the same way, the cause of the knot between the two worlds is revealed in the series finale as Tannhaus’s third world.

Schelling also explains the use of the trinity as symbolism for the existence of the third world. Schelling tells us that there are fundamentally three forces in the world: one expanding (i.e. life), one contracting (death) and a third unifying force (God). Eva is clearly the first, Adam the second and Tannhaus the third. In the end, Adam and Eva (as younger versions of themselves: Jonas and Martha) travel to the third world and untie the knot. Here, in this third world, they are unified.

Although Dark is more obvious about it, both shows vibrate with religious connotations. Devs, we later find out, is actually Deus (Greek for God). There is also all the promotional material for the show that uses images of characters with halos. Show creator Alex Garland claims that the show is potentially a criticism of the way technology companies operate as cults. At the beginning of this article, I talked about time being one of two essential ingredients to storytelling. To tell a story about some or other event, the story must first take us back to some earlier point and reveal the build-up or cause of the event. I would say then that all stories are about time travel. Except time travel stories, which are almost always about God. As much as we may want the power to undo the past—to undermine fate—in reality, the best we can do is to accept our fates.