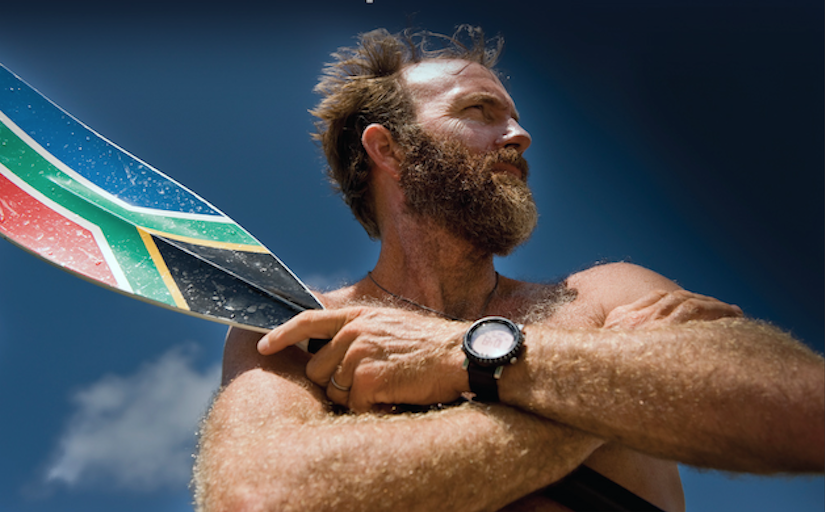 Here’s the extraordinary story of a 54-year-old from East London who, decades back, gave up teaching to become a full-time adventurer. This conversation with BizNews founder Alec Hogg is very special. Not least because alongside insights into what makes this unique man tick, comes the best advice to achieve a well-lived life: follow your passion. Peter van Kets is speaking at the BizNews Conference to be held at Champagne Sports Resort in the Drakensberg this March. Click here for more information.

Peter van Kets on his drive towards becoming an adventurer

I think all of us have a sense of adventure in our lives. I grew up in South West Africa – Namibia – and as a young boy, it was quite a fantastic place to spend my days. We used to have all sorts of weird gangs and would collect snakes and scorpions and play with them. So, there was always this excitement of: I want to get home but then I also want to get out into the bush and go and explore; to go and find and discover and build little dens and just be this adventurous kid. From there it grew into something bigger. And now all of a sudden, we are doing holidays, going camping in the mountains, or going for five-day hikes along the coast. That is what happened to me until I got to the stage where I realised if I was going to do this – if I was going to continue on this trajectory – I would have to do this full-time because there was no time to do anything else.

You become creative. All entrepreneurs will know what I’m speaking about. Even being a professional adventurer requires a certain amount of entrepreneurial skills. If you’re passionate about what you do, you can really put anything together, and that is the spirit of adventure. Over the years, modern explorers and adventurers with the kind of national backing they used to have, have fallen by the wayside. Because there is not so much attention given to big modern explorers. People, in general, have lost that real sense of adventure. Scott’s expedition to the South Pole and Shackleton’s amazing story gripped the world for years. The sense of adventure that people had in those days was profound. I have been so privileged to be a South African able to go and experience such wonderful expeditions. When I say wonderful, I’ve got to warn you that most of them are generally extremely difficult and not a whole lot of fun. But that sense of satisfaction once you finish them is huge.

On three ways of getting an adventure funded

If you want to do a big expedition, they are very expensive. Any of the polar expeditions are very expensive, mainly because they are difficult to get to. There are three ways you can do it. You can get a corporate or a benefactor to sponsor your expedition and you provide them with imagery and coverage for their brand. Let’s give you an example, for my solo row, I was sponsored by Liberty. They put media watch companies onto me and my return to them was 60 times what they put in. Whatever they put in, they managed to get brand exposure 60 times more than what they paid for.

The second way is to get a television commission from the Discovery Channel or one of the big TV channels. I haven’t yet managed to get my way into Netflix as there are lots of henchmen at the door. The third way is to take people with you as part of an expedition that pays for the experience. It is not something I particularly enjoy doing. We did it up in the Arctic, in the North Pole, where we took along four wealthy people and they put up a certain amount of money, which covered the cost of the expedition. They had a six-week experience that no humans will ever be able to get again.

On rowing across the Atlantic for the first time

I was paddling out at one of my favourite surf spots, Queensberry Bay, with a good friend of mine. We were just paddling, joking, having fun and, as we got to the backline, there was someone I’d seen many times before, but had never actually met. We started chatting and eventually he mentioned he was looking for a partner to do the Woodvale Atlantic rowing race. My wife, Kim, was seven months pregnant at the time. I said I would love to but told him to phone me six months later after the baby was born. And six months later, we started planning and preparing. It’s a five-and-a half-thousand kilometre race from La Gomera and the Canary Islands. It’s just off the coast of Morocco across the southern parts of the North Atlantic Ocean to Antigua and the Caribbean. So, it’s kind of in the middle of the Caribbean islands. It is non-stop, unsupported, unassisted, which means nobody’s assisting you. You don’t get on to any other vessel, you don’t see anybody, nobody can give you food, water or we wanted to win it.  And that’s what we did. We spent two years training and obtaining our boat and went and tackled the race. We alternated: each rowed for an hour and a half, and rested for the next hour and a half, for 24 hours every day. There wasn’t a second that one of us wasn’t rowing, and we did that for 50 days and 12 hours and won the race. There were 23 boats taking part from all over the world, and it was an incredible amount of suffering, struggle and sacrifice to get there. I suppose any good story goes hand in hand with those three things. We were mentally and physically prepared for those challenges we faced, and it was because of those that we were able to win and break the world record for that particular race.

On the mind over matter theme in the book, The Eighth Summit

It has fascinated me; it’s a subject I’m going to be speaking about at the conference. What are we able to achieve? Have we capped our abilities? Are we uncapped human beings? I’ve always considered myself – and still consider myself – an ordinary person. I’m not one of those natural athletes. I learnt very quickly (particularly after I finished school) in my life that anything that is noteworthy, worthy of telling a story, anything great that we want to achieve in life is going to require some suffering. Tough stuff will definitely happen and our ability to overcome this is not physical. The battles we face are won and lost inside our heads.