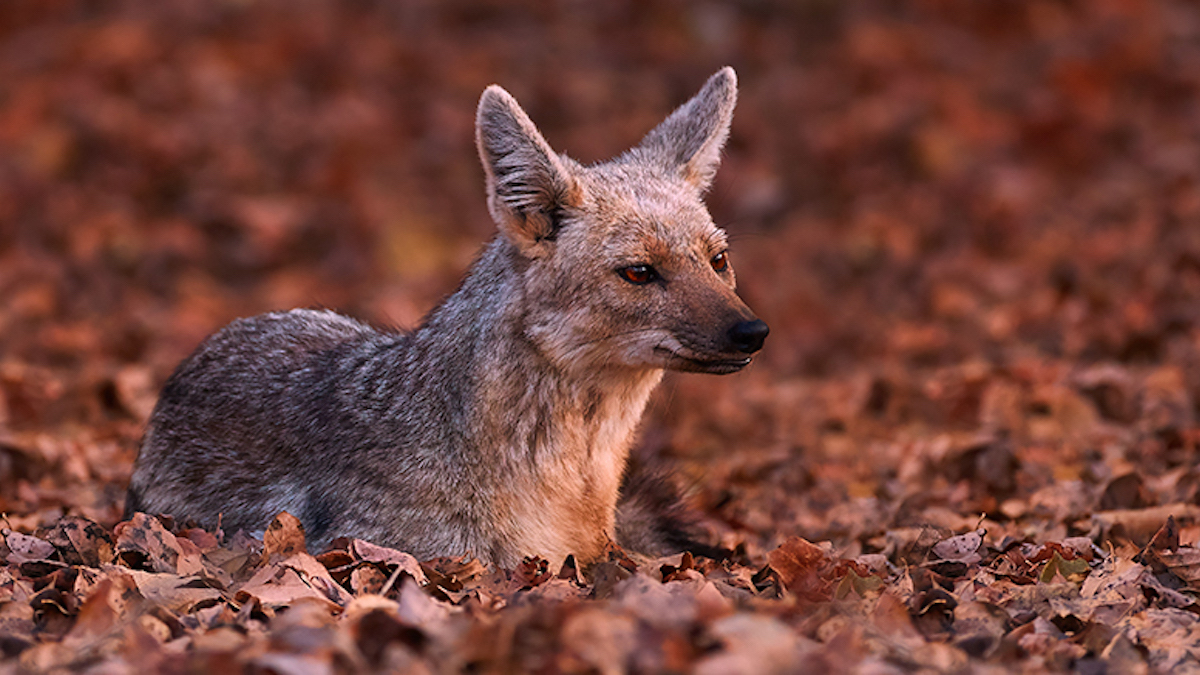 Until now, it was thought that Eucyon davisi, a North American canid that lived between 10 million and 5 million years ago, was the natural ancestor of all wolves, jackals, and coyotes. But four of the five species of jackals around the world can be found in Africa, and the discovery of fossils from a new species of canid, on the West Coast of South Africa, has unearthed the African origins of the crafty jackal – tracing its history on the continent back 5 million years ago. Their omnivorous nature makes them adaptable to all sources of food, including birds, antelope, insects, lizards, and grass. And although the jackal has been unfairly portrayed in film and literature as the cunning, ruthless villain in most narratives, in fact jackals have one mate for life, and most times the mother and father raise the offspring together. This article first appeared on FirstRand Perspectives. – Sandra Laurence

The discovery of fossils from a new species of canid, on the West Coast of South Africa, has unearthed the African origins of the crafty jackal – tracing its history on the continent back 5 million years ago.

The new species, called Eucyon khoikhoi, answers a lingering question about the evolution of jackals in Africa and represents a significant turning point in its journey from North America, where the canidae family originated from more than 35 million years ago.

Until now, it was thought that Eucyon davisi, a North American canid that lived between 10 million and 5 million years ago, was the natural ancestor of all wolves, jackals, and coyotes. The discovery of Eucyon khoikhoi also underlines the value of Langebaanweg, the fossil site situated 120 km west of Cape Town in the Western Cape.

The name Eucyon khoikhoi pays homage to the first human inhabitants of the land it used to roam on the West Coast of South Africa.

Eucyon khoikhoi is believed to be a direct ancestor of the four jackal species found in Africa today – the side-striped jackal (Schaeffia adusta), the black-backed jackal (Lupulella mesomelas), the African golden (Canis lupaster) wolf and the Ethiopian wolf (Canis simensis).

Dr Alberto Valenciano, a former researcher from the University of Cape Town (UCT), is the lead author of the new research that identified the origins of this significant new species of canid. He was assisted by an international group of researchers, including Dr Romala Govender from UCT’s Department of Biological Sciences and Iziko Museums of South Africa, as well as researchers from the University of Zaragoza (Spain), the National Museum of Natural Sciences (Spain), and the Institute for Research in Environmental Sciences of Aragon (IUCA, Spain). Their findings were published in the Zoological Journal of the Linnean Society.

According to their research, the emergence of Eucyon khoikhoi points to the moment the canid began to diversify outside of North America – a turning point in its evolution. The fossils collected at Langebaanweg are the largest sample of canids in Africa to date. “They include a nearly complete skull, several jaws, decidual teeth (milk teeth), parts of the neck, forelegs and hind legs,” the team said.

The Langebaanweg fossils were located in the ‘E’ Quarry from sediment that dates back 5.2 million years. The area is renowned for having some of the richest mammal assemblages from the Neogene era in the world.

The sediment has a history of revealing important fossils like the 5-million-year-old honey badger-like mammal, a wolf-sized otter (Sivaonyx hendeyi), and leopard-sized wolverine (Plesiogulo aff. monspesulanus) – some of more than 200 species of marine and terrestrial animals found here.

About 2.5 million years ago this area on the West Coast was teeming with terrestrial and marine wildlife like hyenas, sabretooth cats, giant civets, and relatives of elephants, rhinos, and hippos. The sea level was about 30m higher than it is today, and the temperature was about 2-3 degrees warmer, and there were different ecosystems. The area also included more than 90 species of birds, as well as reptiles, frogs, sharks, whales, and dolphins.

“Before I got my postdoctoral fellowship to work in Cape Town with the fossils from Langebaanweg, I knew the location – because it was a globally recognised palaeontological site. But, for me, it was only a faraway place – I’m from Spain – in the tip of Africa with a mixture of species from both continents,” Valenciano told UCT News.

Eucyon khoikhoi fossils were unearthed in the 1970s at the site by palaeontologist Brett Q. Hendey, but they hadn’t been identified as a new species until now.

“We now know there’s another ancestor in the mix. We’ve described a new species of canid, named Eucyon khoikhoi, based on fossils found at the Langebaanweg site, which dates back to about 5.2 million years ago,” Valenciano wrote [https://theconversation.com/fossil-find-introduces-a-new-ancestor-to-the-jackal-family-tree-162768] . “This provides novel and vital information about the origin of jackals, showing that jackals appeared and established themselves in Africa in at least the last 5 million years. These animals have evolved and adapted to the changing environment, allowing them to survive.”

“We studied both these fossils, which are part of the Iziko Museum of South Africa’s collection, and some that we newly unearthed at the Langebaanweg site,” said Valenciano.

It is estimated that Eucyon khoikhoi weighed around 9kg and was similar in shape to today’s side-striped jackal.

Jackals have been the mortal enemies of farmers for centuries. The removal of large predators like lions and leopards from farmland over decades has allowed the humble jackal to ascend as the apex predator, a position it fulfills with great aplomb, costing farmers millions every year in livestock losses. On the other hand, jackals keep the local rodent and rabbit populations in check which in turn helps farmers. Fortunately, jackal populations in Africa are currently stable.

Jackals are one of the reasons the Nguni people designed and built kraals to protect their cattle from being injured or killed by the cunning predators.

Four of the five species of jackals around the world can be found in Africa. Their omnivorous nature makes them adaptable to all sources of food, including birds, antelope, insects, lizards, and grass. They’re a resilient species whose habits offer a fascinating glimpse into their world. The jackal has been unfairly portrayed in film and literature as the cunning, ruthless villain to most storylines. Jackals have one mate for life, and most times the mother and father would raise the offspring together. They can be loners or wander around in small packs.

“This is an exciting find that adds to our understanding of jackals’ ancient origins and how they developed. Future research will help us learn more about these extinct carnivores from South Africa’s west coast – and, hopefully, shed even more light on the ancestors of today’s jackals.”