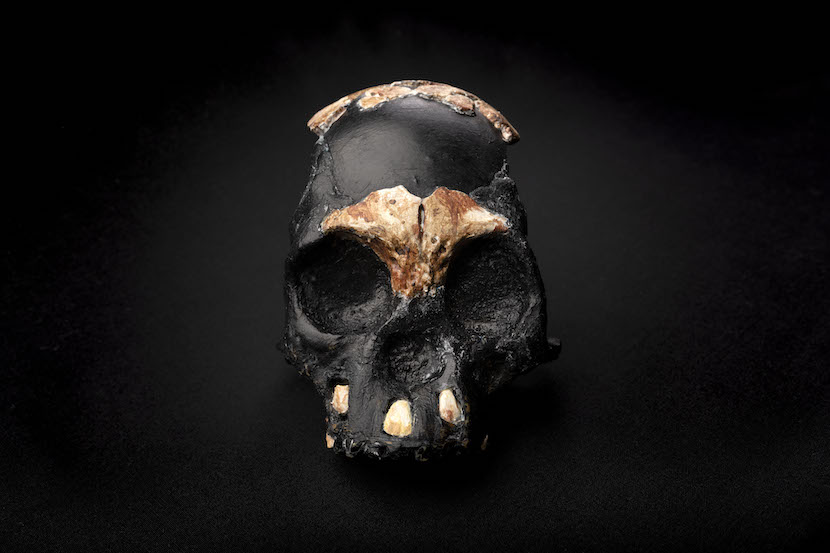 The first partial skull of a child, Homo naledi, has been found in the Rising Star caves in South Africa by a team of international scientists from 14 institutions, including the University of the Witwatersrand. It follows the discovery of a previously unidentified hominin species named Homo naledi by the team in 2013, which shook up our understanding of the early human origins. Leading the team is Professor Lee Berger, the man touted globally as having discovered this entirely new species of hominid in the Cradle of Humankind, one of South Africa’s World Heritage Sites. Prof. Berger told BizNews how this ancient site is the gift that keeps on giving to paleoanthropologists and the benefits these discoveries have for South Africa. – Linda van Tilburg

On how continued excavations in the Rising Star caves led to the latest discovery:

Our explorations continued and, in September of 2017, our teams pushed beyond the Naledi chamber into the most difficult places to access. If anyone has ever seen images of our work in these caves; just to get into the Naledi chamber requires some of the most extraordinary efforts by cavers. They have to go down 12 m slots that are 16 cm wide, crawl into very dangerous passages. Well, the area that you move beyond is worse than that. It’s a network, a spiderweb really, of narrow passages, most of which are only about 15 cm wide.

And it was in one of these in 2017, that our teams discovered the fragmentary remains of a skull on a little ledge 80 cm above the floor. That’s the skull; that’s the thing that we announced recently. The little skull belonged to a child of four to six years old, dating back to, we believe, about the same time as all the other Homo naledi remains. And it’s just the skull.

On Leti, the skull of a child that could have been placed on a ledge as a burial ritual:

Little Leti, just ahead [of the Leseti chamber where a body was found previously in an alcove] and on a shelf. It is hard to imagine how that occurred without others of her species interacting with her skull because there are no body parts there. You see, if she crawled in there and died, that would be kind of your logical way of [how she got] there, and you’d find her body, too. In fact, you wouldn’t find these fragile bones over her skull. They always become destroyed, they are paper thin. You would find parts of the arms and the legs and the long bones, which are much more rugged and would preserve. You would expect to find other pieces than this. Here we just found this fragmented skull; it does seem to [give us] some idea that this may be a case of Homo naledi interacting with the dead after the bones had deteriorated. It’s a very provocative thing and we are continuing to explore this idea.

We are working on other areas of this cave that I think will enlighten us substantially, perhaps in a more testable way than her little skull on a shelf at this moment. I hope that in the relatively near future, perhaps we will [discover] more definitive, verifiable evidence about this hypothesis of a non-human animal. Even though they’re related to us in some way; we don’t know that relationship-performing ritualised practices relate to death. By the way, if they are, it has profound implications on how humans view both their special place in nature and the origins of those practices. Homo naledi doing this, 150,000 to 200,000 years before we have any evidence Homo sapiens did something like this  … so it’s very important we get this right and we’re continuing to work and test that hypothesis.

On the skulls of children, the rarest objects on Earth:

Skulls of children of any of these ancient human relatives are incredibly rare. People have often said these fossils are the rarest, sought-after objects on the planet. If the adults [remains] are that, that of children are 10 or 20 times more rare. Most are found with isolated teeth because the bones are so fragile. [That is why it is such an] interesting case with this child – which we called Leti by the way, which is short for ‘letimela’ or ‘the lost one’ – is that there were no bones with her other than the skull, no bones of her body. It appears as if someone placed her skull on this ledge 250,000 years ago. That adds to the mystery beyond the value of her skull, learning about development and growth.

On the special excavators who go deep into the earth through the tiniest crevices:

Well, the original team that worked there was an all-female team. Unfortunately, I gave them name ‘underground astronauts’, which I received a lot of criticism for. “They’re not astronauts, they’re ‘terranauts’.” But I did it in a moment [early] in the Rising Star expedition. I was sitting in the command centre and we had jerry-rigged the system to watch people. We are much more sophisticated now but [back then] we just strung these security cameras back into these hostile environments. As I watched these black and white, grainy images, I said, “Oh my gosh, they’re like astronauts, underground astronauts,” and it stuck. I get a lot of hate mail for that but they are extraordinary people.

Many of them came from amateur backgrounds or scientific backgrounds. They all have, of course, the physique to go into these very small spaces. They have to be able to squeeze through things like 16 to 18 cm cracks with absolutely no claustrophobia and they have to be highly trained. We often spend a great deal of time training people before we move them in because there is almost no way to recover them if something happens down there. You know, we take safety seriously, so they’re brave  but they’re also highly trained and they have to excavate this very, very precious material.

On future exploration in the Rising Star caves:

I happen to know that it is a gift that keeps on giving. We took very deliberate decisions of leaving most of the Homo naledi remains there. We pulled out maybe 2,500 individual remains of Homo naledi that represent just under 30 individuals so far, and we have left thousands of remains in there. We are constantly working on some of these things and have made some really spectacular discoveries. But as you know, the process of extracting material, conducting the studies and then going through a very rigorous peer review process that always relates to major statements and announcements like these about Homo naledi … it takes time. And, we’re in the middle of a lot of this now. So, I can say with all assurances, the site is going to keep on giving.

On what it means for South Africa and how it speaks to our commonality out of Africa:

I’ve been very fortunate. I’ve been in South Africa for 30 years, in Africa for 32 years. I’ve seen the impact of these discoveries on different parts of the economy, different parts of the country. I was very privileged to be involved in the discovery of a new species, Australopithecus Sediba back in 2008, which we announced in 2010. And then, of course, the Homo naledi discovery and many others since then. And it’s beyond human interest. I don’t want to undermine that part of it because this is our story. We are uncovering evidence about the story of the human adventure and people should be interested because it also speaks to our commonality as a species out of Africa. It speaks to the idea of a greater understanding of what we are and how we are connected to nature. But it also has other real impacts.

As of a couple of years ago, the Homo naledi discoveries generated over $1.1bn in value of coverage for the country. Many of your readers have seen when we announced it; Cyril Ramaphosa was on the front page of The Wall Street Journal or the front page of the New York Times with these discoveries, and that brings tremendous awareness about South Africa. It obviously impacts the tourism industry – when we used to have an international tourism industry – and hopefully will in the future. It makes people want to come and see these things.

When we put the originals on display, we had four-and-a-half-hour queues and hundreds of thousands of people came to view these. So, there are real and tangible impacts and it will affect the museums and places where they’re displayed, forever. But they are also emotive objects; they are part of the story that allows us to tell people round the world to come to Africa because this is the only continent where you’re an indigenous animal. Everywhere else, you are an invasive species. That’s a powerful message of unity for this country on this continent.