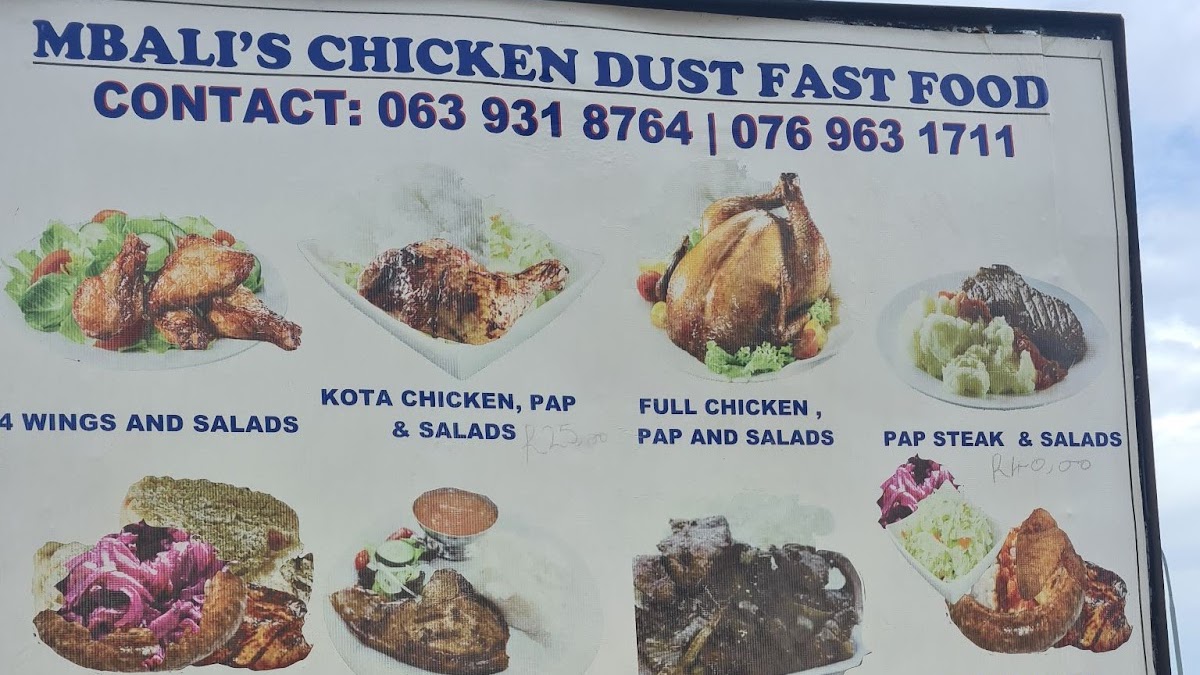 This month’s focused KasiPreneur is a former midnight shift cleaner at Woolworths who tossed in her job six years ago to start a KasiKos business that today employs 18 other people with sales of R165,000 a week. Mbali Khubekha personifies the belief of first dreaming it and then seeing the reality. Apart from seven outlets selling thousands of chicken dust and kotas, she has a booming order-in business via WhatsApp and Facebook. Khubekha was joined in the studio with informal market consultant and author GG Alcock. They spoke to Alec Hogg of BizNews.

Excerpts from the interview with GG Alcock and Mbali Khubekha

I call them Kasipreneurs. The Kasikos sector is about 50,000 outlets, about a 90 billion rand a year sector and it has a range of foods, shisa nyama, kota outlets. We’re going to talk today about chicken dust. Probably a lot. Chicken dust is like a grilled, kind of a Nando’s cross KFC, almost like a grilled chicken on a charcoal drum. And then others. There’s also the whole meat sector: cows’ heads, sheeps’ heads and so on and so forth. So very dynamic and a really fast growing sector. And now the interesting thing about it – and it’s quite cool – is that it’s really dominated by South Africans whereas in the spaza sector, a lot of people talk about immigrants dominating that, and that’s true. But in the fast food sector or out of home food, it’s 99% South African owned.

Mbali’s got an extraordinary kind of story starting off working at Woolworths and ending up with seven outlets selling kota’s and chicken dust and doing huge numbers. I think she does more than a thousand chickens a week through her chicken dust outlets and so on. So a great story because, really starting from scratch, selling from the street corner until she’s got this new range of stores, these seven stores in different townships and running a really, really good business for the last number of years, surviving lockdown and then all the fast food stuff and emerging the other side even stronger.

Mbali Khubekha on leaving Woolworths to pursue her dream

Okay, so I was working at Woolworths, in 2014-15. I was working at Woolworths as a domestic worker. I was the cleaner and the merchandiser also. My shift would start at 1:01a.m to 6:06 am. I locked up. I worked there for two years, but I was earning little money, It was something like R2,100 per month and then for transport I used something like 800 rands. From Soweto to Fourways every day.

And in the morning when I woke up, I got to Bree taxi rank. I saw this boat and I saw two guys who were selling these things I was dreaming about. And the prices were five rand for chips, three rand for a vienna and six rand for a Russian.

I have 18 employees who used to be unemployed.And now i’ve got a lot of work because i have to wake up early in the morning and prepare for them. Some of them are washing pots because we are working in the streets and they are big pots. I make the salads and after I go and fetch them for work because all of them don’t have transport. So with this little bakkie we have I go and fetch all of them and then around 9 at night I drop them off.  I’m very hands on because the customers want you. Because they know if I’m there, they’re going to get everything okay.

Chicken dust is a big market now – before not so much. I started to sell chicken, with the two chickens, two full chickens, by that time it was R29 for one full chicken. So I go and stock the two full chickens and marinate spices. Keep in mind I’m still selling chips and viennas. Maybe in a day that I was selling this chicken and vienna, maybe I make something like 650 a day. And I counted that money and I said, Wow. This is a lot. At least I can do something with this money because I am able to pay school fees for my kids and the transport because I was saving by then.

GG Alcock on the power of social media to transform business

We’re seeing a rapid move towards that, particularly fast food. You know where this is online in essence in inverted commas, Facebook, so you have your Facebook page where your offering is displayed with a link to WhatsApp. And then the WhatsApp goes through to Mbali and then Mbali delivers either to if she knows the school, or she delivers to a pin location if at someone’s house. And that’s growing really, really fast. You know, it’s kind of this hybrid form of e-commerce in most of the businesses as Mbali attests. A large portion, you know, sometimes up to a third of their business, is actually online orders versus off the street.