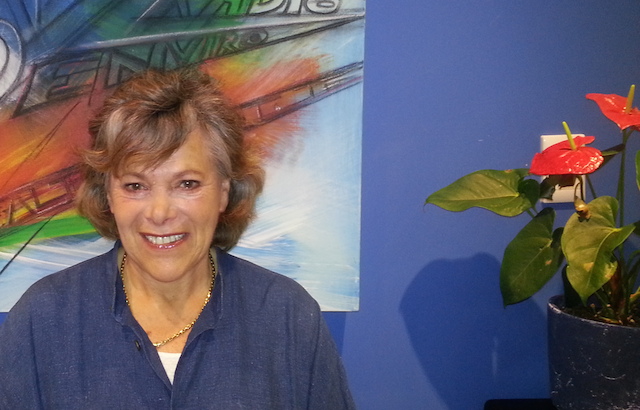 In the final of a three-part series of talks with Harvard psychology professor Dr Ellen Langer, she gives insight into her research on mindfulness in cancer treatment. It’s a revolutionary concept in and out of orthodox oncological circles, one based on mind/body unity theory. And while her focus is on the dread disease, and the effects of diagnosis and prognosis, it’s clear the mindful approach has as much relevance for people facing any kind of serious illness. For Langer’s definition of mindfulness, and its role in modern living, listen to Part One of this series. In Part Two, Langer looks at mindfulness, ageing, and why it really is ‘all in the mind’. Enjoy. MS

MARIKA SBOROS: Hello listeners. Welcome back. This is Marika Sboros from Health Matters. This is the final of a three, hopefully sometime a four-part series. I have been able to get a really fascinating guest, not in the studio but who has made herself available on the phone. She is Professor Ellen Langer, a Harvard University professor of psychology, one of the longest serving psychology professors at Harvard. She is also the recipient of four distinguished scientist awards and we are very lucky to have her on the phone today. Dr Langer, are you there?

DR ELLEN LANGER: I am.

MARIKA SBOROS: It is very nice of you to make the time available. I know how hectic your schedule is. In the first two sessions, you spoke to us about mindfulness and what it is and how it is possible for people in the very hectic, busy, modern world, to learn to be in the moment, and what that means for physical and mental health. One very fascinating area of your research, has been the effect of mindfulness, is it to treat or to beat cancer? Can you talk to us about that please?

DR ELLEN LANGER: Sure. The first work I did with cancer was a very simple study. Let me tell you how it began. I went to visit a friend of mine, who had a very, bad case of cancer. She had just come back from the hospital, and I asked her how she was. She said her cancer is in remission. I thought, at that moment: wait a second, if I went and took the very same test that looked very same as her test, they would tell me I didn’t have cancer. Why is it that I don’t have it, but hers is in remission? I started to think about the difference between being told your cancer is in remission versus cured, and, like in bed to a cold. If you have a cold and the cold goes away, you don’t say, “your cold is in remission”. You say “it’s cured”. When you get another cold, it’s like the last cold in some ways, which is why you call it a cold.

DR ELLEN LANGER: Also, in some ways, it is different and that’s the same for cancer. It is never going to be exactly the same but it is a very different thing to see yourself as in remission versus cured.

What we did was we took over 1,000 women, who were on the breast cancer awareness walk, women who had had a bout of cancer, and we wanted to see if they see themselves as in remission or cured. Then we followed up a year later and what we found was that those who saw their cancer as cured, were better on all of the measures we took, both psychological and physical. That was our first foray into cancer.

Then, as you know, I did this retreat, where I took old men and, basically, turned the clock back. I had them live as if it had been 20 years earlier and found wonderful improvements, by priming their younger selves.

MARIKA SBOROS: That was the Counter Clockwise Study?

DR ELLEN LANGER: This is based on…yes, the Counter Clockwise Study, which is based on a theory of mind and body unity. Mind and body are one. Wherever we put the mind, we’re necessarily putting the body. Now, we’ve just begun the cancer retreats for women, in stage four-breast cancer.   What we are going to do is have them live for a week as if it was eight years earlier, meaning before they had the cancer.

DR ELLEN LANGER: After they do this, then they will be brought back to the present and taught to be mindful, in the way I study mindfulness, which is the simple process of actively noticing. I don’t know, I’m assuming that the study will work, or else I wouldn’t do it, but I can’t give you the results yet. I will say that one of the major problems with the medical world is when we are given these dread diagnoses, we suffer enormous stress. What happens is that stress has a very negative effect on our bodies.

DR ELLEN LANGER: By taking people out of the stressful environment, for the week, I think that alone will have positive consequences.

MARIKA SBOROS: I have no doubt…

DR ELLEN LANGER: Women with breast cancer are told the “five year rule”, which is you can’t consider yourself cured until five years. I’ve looked into that and it is based on nothing. Lots of women stay stressed for that whole period of time and I think that they need to speak to their oncologists because you are much better off, if you are not suffering the moment, with cancer, and if you see yourself as cured.

MARIKA SBOROS: Dr Langer, this is absolutely fascinating, because it also goes down to the core of the belief system on which orthodox medicine is based. I do know that, in the past, whenever I have written or spoken about mind/body connection and cancer, oncologists react very negatively. They appear to be threatened.

DR ELLEN LANGER: Well, yes. Let me tell you that used to be the case, but I am very happy to say that, in the last month, I have been notified by the leading oncologists, all over the world, or the States at least, they have now come around and recognised that there is more to this mind/body unity theory, than they might have thought. I think that we’re on the verge of changes that will lead to great health for many of these women, who now suffer.

MARIKA SBOROS: Right, Dr Langer, I see we’re run out of time again but there is so much more that I would like to know, and I have absolutely no doubt that my listeners would like to know. Where can they get more information on you and your work?

DR ELLEN LANGER: Well, I think right now the easiest thing is for people to go to the website, langermindfulnessinstitute.com, and that will take you to different podcasts, to my books, videos, and information about the various retreats that we are running.

MARIKA SBOROS: Before we sign off, there are also many other areas of chronic disease that you work with, including diabetes and very exciting research on dementia as well. Are there any other areas of research, what about heart disease?

DR ELLEN LANGER: We don’t have heart disease, not yet, we have ALS, MS, arthritis…