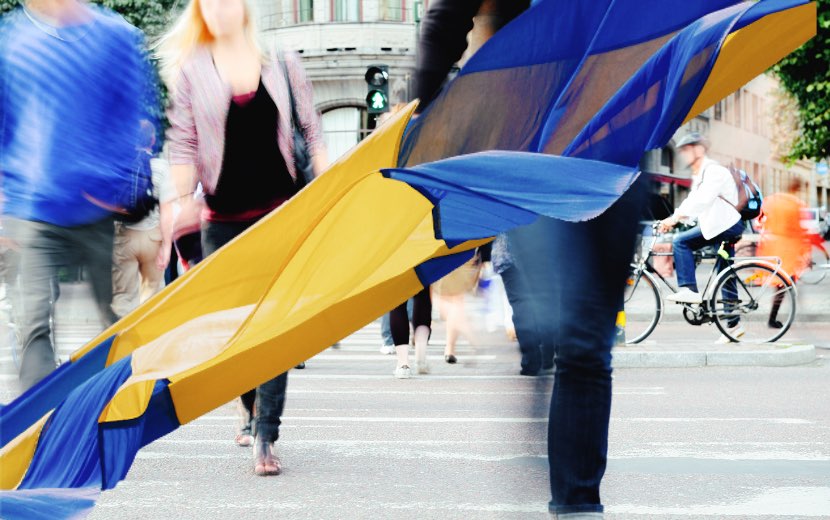 In early 2020, as countries across the globe locked down one by one – the almost infectious domino effect stopped abruptly with Sweden, which never imposed any strict lockdown restrictions onto the country’s citizens. Initially, the country was severely criticised for its laid back and reckless approach to Covid-19. The unusual strategy adopted by Sweden was seen as a cautionary tale by mid 2020, as the country grappled with a higher Covid-19 death toll than it’s Nordic neighbours. However, one year later – this ‘unusual strategy’ appears to have been the best way to approach the pandemic. Apart from the fact that, last week, data showed that the 7-day rolling average for Covid deaths was zero, Sweden will not be faced with the immeasurable cost to human liberty that nations who have been under strict lockdown measures will be confronted with eventually. One such cost is the increase in suicidality and depression among youth – as explained in the video in this article which contains Senate Testimony on child suicide and lethal lockdown consequences. The Swedish government repeatedly described the pandemic as “a marathon not a sprint”, arguing that its measures are designed to last in the long term. As South Africa emerges from yet another strict lockdown which derailed countless businesses, yet again, one cannot help but wonder how the situation may have been different had the country followed the same approach to the pandemic as Sweden. This article was first published on Foundation for Economic Education. – Nadya Swart

Sweden isn’t in the news much these days. There’s a reason for that.

More than 100,000 people flooded streets in France over the weekend and multiple COVID vaccination centers were vandalised as opposition grew to the government’s most recent pandemic strategy. In President Emmanuel Macron’s latest incarnation of lockdowns, government officials have decreed that unvaccinated individuals will no longer be allowed to enter cafes, restaurants, theaters, public transportation and more.

Needless to say, people were not happy.

France’s approach is unique, but it’s just one of many countries around the world imposing new restrictions as fears grow over a new variant of COVID-19. Australia’s recent restrictions have placed half the country under strict lockdown—even though a record 82,000 tests had identified just 111 new coronavirus cases—while restaurants in Portugal are struggling to survive amid newly imposed restrictions.

One country not making much news is Sweden.

Sweden, of course, was maligned in 2020 for foregoing a strict lockdown. The Guardian called its approach “a catastrophe” in the making, while CBS News said Sweden had become “an example of how not to handle COVID-19.”

Despite these criticisms, Sweden’s laissez-faire approach to the pandemic continues today. In contrast to its European neighbours, Sweden is welcoming tourists. Businesses and schools are open with almost no restrictions. And as far as masks are concerned, not only is there no mandate in place, Swedish health officials are not even recommending them.

What are the results of Sweden’s much-derided laissez-faire policy? Data show the 7-day rolling average for COVID deaths yesterday was zero (see below). As in nada. And it’s been at zero for about a week now. 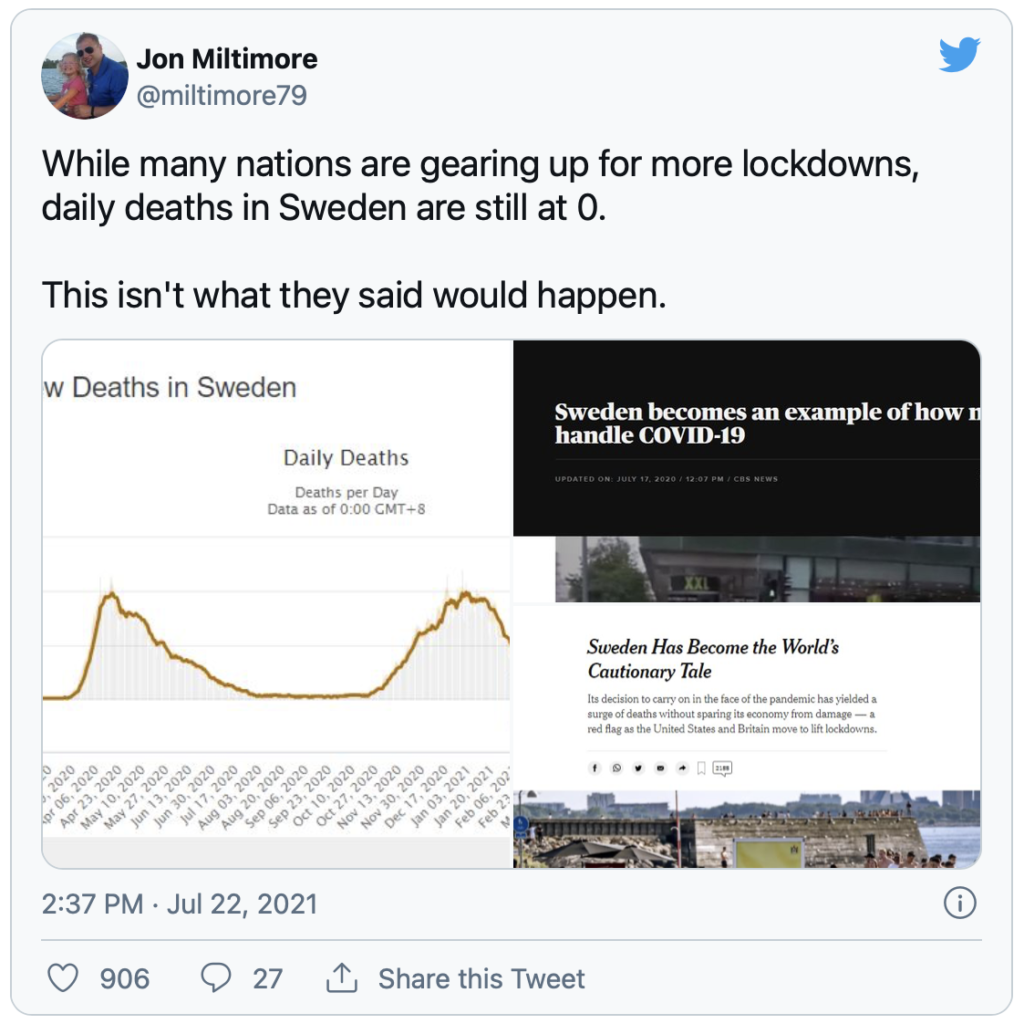 Even a year ago, it was clear the hyperbolic claims about “the Swedish catastrophe” were false; just ask Elon Musk (also see: here, here, and here). But a year later the evidence is overwhelming that Sweden got the pandemic mostly right. Sweden’s overall mortality rate in 2020 was lower than most of Europe and its economy suffered far less. Meanwhile, today Sweden is freer and healthier than virtually any other country in Europe.

As much of the world remains gripped in fear and nations devise new restrictions to curtail basic freedoms, Sweden remains a vital and shining reminder that there is a better way.