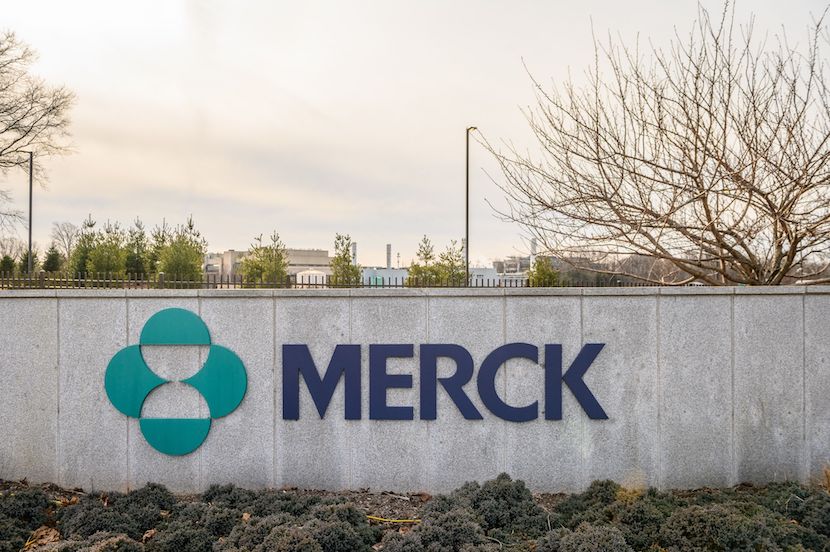 Since the advent of Covid-19, a number of variants have since worried scientists and medical experts. Among the concerns are whether vaccines have efficacy against newer variants. With many saying that Covid-19 will become endemic, pharmaceutical companies are looking at other avenues of treatment. While vaccines are part of the fight to end the pandemic, Covid-19 pills have been under trial for a number of months now. New Jersey-based pharmaceutical company Merck has developed a pill which showed promising results in a key study. According to The Wall Street Journal, “the pill cut the risk of hospitalisation or death in study subjects with mild to moderate Covid-19 by about 50%.”  – Jarryd Neves

By Jared S. Hopkins and Betsy McKay of The Wall Street Journal

Merck MRK 8.37% & Co. and its partner Ridgeback Biotherapeutics LP said their experimental Covid-19 pill helped prevent high-risk people early in the course of the disease in a pivotal study from becoming seriously ill and dying, a big step toward providing the pandemic’s first easy-to-use, at-home treatment.

The pill cut the risk of hospitalization or death in study subjects with mild to moderate Covid-19 by about 50%, the companies said Friday.

The drug, called molnupiravir, was performing so well in its late-stage trial that Merck and Ridgeback said they stopped enrolling subjects after discussions with the U.S. Food and Drug Administration.

The results put molnupiravir on track potentially to be authorized by the end of the year and to finally provide an option for doctors who have spent the pandemic seeking a drug that infected people could easily take at home to prevent them from becoming hospitalized.

Merck plans to ask the FDA to authorize the drug’s use in the coming weeks, Chief Executive Rob Davis said.

If cleared by regulators, the drug would be the first oral antiviral for Covid-19. Within five days of showing symptoms, people would take eight pills daily for five days, if they followed the same protocol used in the study.

Molnupiravir would become a kind of Tamiflu for Covid-19, a medication that can be dispensed to patients when they first develop symptoms, slowing the spread of the virus in the body and potentially preventing people from becoming seriously ill.

“The ability to take what is a devastating disease like Covid-19 and potentially make it a manageable situation through what is a very convenient round of administration, which is an oral pill you can take at home, has important implications for the ability to manage the ongoing pandemic,” Mr. Davis said.

Together with vaccines, the pill, if authorized, would help transform Covid-19 from a deadly pandemic disease that overwhelms hospitals to a treatable illness as it becomes endemic in the population. “This will help get to that endemic level and maintain that level,” said Gabor Kelen, director of the Department of Emergency Medicine at Johns Hopkins Medicine.

Doctors expressed concern, however, the pill’s promising results might encourage people who are vaccine hesitant to feel emboldened about not getting vaccinated.

Merck and Ridgeback reported the findings in a press release after an early look at results from the study, which is scheduled to finish in November. The results haven’t been published in a peer-reviewed scientific journal.

The companies said the rate of side effects in study subjects who got molnupiravir and those who got a placebo was similar, though they didn’t say in their news release whether the drug was found in the study to be safe. Mr. Davis, however, said he was confident in the drug’s safety profile.

The drug appeared effective against circulating Covid-19 variants, including highly contagious Delta, according to the companies.

The results position Kenilworth, N.J.-based Merck, one of the world’s biggest drugmakers, to play a larger role in responding to the pandemic after several setbacks. After its two experimental vaccines failed in testing, Merck agreed to help make Johnson & Johnson’s JNJ -0.64% shot. Merck also halted development of an experimental drug it acquired through a $425 million purchase.

Molnupiravir could generate $10 billion in sales cumulatively through 2025, given potential for stockpiling and its potential for preventing Covid-19, which is still being studied, according to Daina Graybosch, an analyst at Leerink LLC. Merck shares rose more than 9% on the pill news.

Merck said it expects to produce 10 million courses of treatment by the end of the year, with more doses coming next year. If authorized, Merck would begin shipping doses fairly quickly, Mr. Davis said.

The U.S. has agreed to pay Merck $1.2 billion for 1.7 million courses of treatment, should regulators green light use of molnupiravir.

Merck said it plans to make the drug available world-wide and has licensing agreements with generic manufacturers to provide the drug to low-income countries, many of which have had difficulty accessing vaccines to slow the virus’s spread.

Vaccines are the main weapon fighting the pandemic, but doctors and health authorities have long looked for drugs that can help keep people who do get infected from developing severe illness and needing hospitalization.

Nearly two years into the pandemic, however, the drug options are limited. Remdesivir, from Gilead Sciences Inc., GILD -1.85% GILD -1.54% is the only antiviral fully approved by the FDA but is used only to treat hospitalized patients.

The FDA has cleared antibody drugs made by companies like Regeneron Pharmaceuticals Inc.  and GlaxoSmithKline PLC and its partner Vir Biotechnology Inc. for people with mild to moderate Covid-19 who aren’t hospitalized. The drugs reduced the risk of hospitalization or death by at least 70% in their trials, a higher efficacy rate than molnupiravir. Yet the antibody drugs are more complicated to administer than swallowing a pill, requiring an intravenous infusion, which initially slowed their uptake.

One of the more effective drugs against Covid-19, a steroid named dexamethasone, is for very sick patients.

“Even though on its face the pill may have shown less benefit than the monoclonal antibodies, because it will be so much easier to use, it will have a much bigger impact on the world stage,” said Daniel Kuritzkes, chief of the division of infectious diseases at Brigham and Women’s Hospital in Boston.

Dr. Mellors said the companies’ results, while encouraging, left him with questions as to how effective the drug is in vaccinated people with breakthrough infections and how its effectiveness compares with monoclonal antibodies. “We need to see the full data set,” he said. He said it would also be important to study the drug’s safety over the long term.

Rajesh Gandhi, an infectious diseases physician at Massachusetts General Hospital and Harvard Medical School, said he would like to know if the pill actually shortened the duration of symptoms and decreased the severity of the disease for those patients who were hospitalized.

He said if the drug is authorized and when more data become available, he would likely prescribe the drug to outpatients with a risk factor, in line with the group that Merck and Ridgeback studied, rather than those at low risk, and that antivirals are best started early in the course of a disease. Yet the drug, he said, would be helpful for those at risk of severe illness.

“You could call in a prescription for the patient, they wouldn’t have to come to get an infusion or a subcutaneous injection, and therefore it would make it easier, kind of like how we treat influenza during flu season,” he said.

Molnupiravir was initially developed by a not-for-profit biotechnology company owned by Emory University. Ridgeback then licensed and formed a collaboration with Emory in early 2020 and later announced a partnership with Merck.

Molnupiravir works by attacking a different portion of the virus than the spike protein on the coronavirus commonly targeted by Covid-19 vaccines and other Covid-19 drugs. The portion attacked by molnupiravir helps the virus reproduce.

“You will now have an oral, easily accessible, easily distributed medicine to keep people out of the hospital and to keep them from dying,” said Wayne Holman, co-founder of Miami-based Ridgeback.

Merck and Ridgeback stopped a study of molnupiravir in hospitalized patients in April, after researchers found that it failed to help them and is unlikely to reduce hospital stays and deaths.

The companies continued studying whether the antiviral was effective early in the course of the disease and in people who are at high risk of Covid-19 complications. Antivirals tend to be most effective when taken soon after infection and become less beneficial over time as patients get sicker, according to doctors and scientists.

The Merck-Ridgeback late-stage, or Phase 3, study enrolled more than 1,400 people who were at high risk of becoming seriously ill with Covid-19. To enroll, participants had to be unvaccinated. About half received an 800-milligram dose of molnupiravir twice a day for five days, with the other participants receiving a placebo.

High risk was defined as having at least one characteristic associated with severe disease or death, such as old age, obesity or diabetes. Treatment began within five days after the participants developed Covid-19 symptoms.

In the interim analysis, 28 of the 385 subjects who received the drug were hospitalized after 29 days, Merck and Ridgeback said, compared with 53 of the 377 subjects in the placebo group who were either hospitalized or died, resulting in an efficacy rate of about 50%.

Through the 29 days, no subjects who received molnupiravir had died, compared with eight deaths in the placebo group, according to the companies.

The interim review of the drug’s effectiveness and safety was performed by an outside panel of independent experts known as a data-safety monitoring committee, which then shared its findings with Merck and Ridgeback.

The panel met late Tuesday to review the data, and then recommended the study stop enrollment because of the positive results, Dr. Holman said. The companies then went to the FDA with that recommendation.

Mr. Davis said that researchers would still perform a final analysis, which could mean the efficacy percentage is adjusted but the overall positive outcome shouldn’t change.

Merck and Ridgeback said in September that they had begun a separate trial studying whether molnupiravir could prevent infection in people after they are exposed to the virus.

Appeared in the October 2, 2021, print edition as ‘Merck Covid-19 Pill Cuts Risks Of Hospitalizations and Death.’