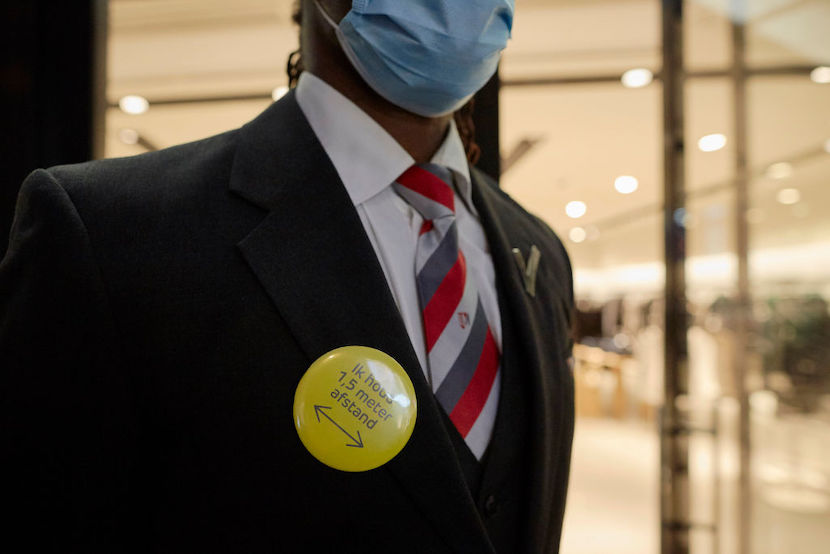 After what’s been happening over the past two years, most South Africans have developed a new appreciation for the nation’s medical professionals, the life-saving cohort who are usually taken for granted until, well, our lives need saving. Their quality is attested through the continuous poaching by First World countries. Such is the demand from abroad that assembling reunions of SA medical school graduates are far easier to arrange in London, Vancouver or Sydney than Johannesburg or Cape Town. Those who choose to remain in SA, however, are a reminder of this pocket of excellence. Among them is Wits graduate Dr Sheri Fanaroff, member of a group of Gauteng GPs who invest heavily in educating themselves on Covid and share the knowledge with those they serve. Dr Fanaroff sends regular missives to her patients, providing an invaluable antidote to nonsense propagated by enthusiastic social media amateurs. Here are her insights on Omicron. Brilliant. – Alec Hogg

Just when people were beginning to relax, planning end of year celebrations and long-awaited holidays, SARS-COV-2 has mutated into a new variant that has shattered the complacency and harmony of the last few months. South Africa has identified a new variant of concern, B.1.1.529, announced to the world on Thursday afternoon and classified by the World Health Organization on Friday as “Omicron”. And so begins a new wave of panic, uncertainty and frenzy that is reminiscent of Beta (that drove the second wave in December last year) and Delta (that drove the third wave in June/July). Is the hype justified and what does it mean for me?

1. How is Omicron different from previous viral strains?

● Can it evade immunity from vaccines or prior infections? We have seen both vaccinated people and people with prior infections testing positive for SARS-COV-2 in the last week. So it seems that Omicron is able to infect even those with immunity – we don’t know the extent of this yet, and whether it is related to how long ago the vaccine was, or the type of vaccine. Although the concern is that the mutations in the spike protein could mean that existing antibodies targeting the spike protein may be less effective, we expect that T-cell immunity, which is not specific to the spike protein, should still be maintained.

● Can it cause more severe illness, hospitalization or death? At this stage, there is not enough evidence or experience to answer this question. Many experts believe that the vaccines will continue to provide good protection against severe illness, hospitalization and death. At the moment, vaccinated patients infected with Omicron have had mild or asymptomatic illness; however we will only know in the next couple of weeks whether the breakthrough infections become severe. Severe infections and mortality usually only happen in the two to three weeks after the infection started.

2. Why is it a variant of concern?

We expect viruses to mutate with time, but not all mutations are labelled “Variants of concern”. For Omicron to meet the criteria to be called “of concern” (like its predecessors, Alpha, Beta, Gamma and Delta), it had to first meet the WHO definition for Variant of Interest:

● variant has genetic changes that affect virus characteristics such as transmissibility, disease severity, immune escape, diagnostic or therapeutic escape; AND

● Variant causes significant community transmission or multiple infection clusters. In addition to this, it also had to meet ONE of the criteria for “Variant of Concern”:

– Increase in transmissibility or detrimental change in COVID-19 epidemiology
– Increase in virulence or change in disease presentation
– Decrease in effectiveness of public social measures or available diagnostics, vaccines or therapeutics

(NB : The definition for Variant of Interest includes “transmission in multiple countries with increasing relative prevalence and epidemiological impacts to suggest an emerging risk to global public health”). For Omicron to fit this, it must then be assumed that it is already in multiple countries, although it may not yet have been identified.

3. Did it originate in South Africa? Why do new strains always start here?

● The B1.1.529 was first reported to WHO by South Africa on 24 November, following a steep increase in infections, mainly in Gauteng. The first known confirmed specimen was actually identified in Botswana on 11 November (from a specimen taken on 9 November), and in SA a few days later.

● This is testament to South Africa’s superior and active genome sequencing team, and transparency, rather than confirming that the new strain originated here. It’s very possible that Omicron has been driving up infections in other parts of the world, undetected and unclassified, simply because those countries don’t routinely study genomic sequencing as efficiently or to the extent that we do.

● I suspect that there are already many more cases worldwide that have not been sequenced and documented. Now that South Africa has shown the rest of the world what to look for, many more cases of Omicron are likely to be “discovered” globally.

4. How do mutations occur?

● We expect viruses to change and mutate as the pandemic continues. This is particularly common with RNA viruses like coronaviruses. In fact, viruses often mutate into more transmissible but less virulent strains (they don’t want to kill all their hosts, otherwise they can’t survive).

● One reason that mutations occur is because the virus continues to spread unchecked – South Africa still has a relatively low vaccination rate, and thus the virus is allowed to spread en masse and continues to mutate.

● Another possibility is that the virus mutates in immunocompromised people, as they don’t clear the virus fully from their bodies. With a high number of HIV-infected patients, this could be a risk factor for viral mutations. It is thus imperative that this group get booster doses ASAP (these will be available from 2nd December for certain groups of immunocompromised patients with motivation from their doctor ).

5. Is it more dangerous?

● We don’t know yet if the mutations make the virus more virulent or not.

● Severe illness, hospitalisations and deaths usually only start increasing two to three weeks after infections start increasing. Hospitals in Gauteng still do not have a lot of COVID cases, but we need to wait and see what happens.

6. Does the usual testing still detect this strain?

● The B.1.1.529 lineage has a deletion within the S gene that allows for rapid identification of this variant and will enable continued monitoring even if genomic sequencing isn’t done. However, most other targets (including the N and RdRp genes) remain unaffected so it is unlikely that overall PCR test sensitivity is affected. These PCR tests typically detect at least two different SARS-CoV-2 targets, which serves as a backup in the case of a mutation arising in one.

● Analysis of the mutations in the nucleocapsid (N gene) of B.1.1.529 viruses suggests that rapid antigen tests should be unaffected, however verification of this is underway.

● Your doctor will not be able to tell you which strain of COVID-19 you have if you test positive. According to a Lancet report from a virologist today, over 96% of specimens in Gauteng over the last week have had the SGD (S gene dropout) due to the Omicron variant.

7. Will my vaccine protect me?

●  There is still a lower risk of getting infected with Omicron in vaccinated vs unvaccinated patients.

8. Can I still go on holiday in December?

●  The president has left South Africa in Level One lockdown, which will still allow travel across provincial borders.

●  It is people that are a risk of infection, not places. Thus, if one can maintain the same level of caution on holiday, I would encourage people to cautiously try to have a break and get away. However, a reminder that one can’t fly with symptoms or a positive test, as it puts a whole plane at risk, and there could be someone vulnerable in the seat next to you.

●  Most unfairly, many countries have imposed travel bans on South Africa, which has destroyed many anticipated family reunions and overseas trips. While British Airways just announced that they are resuming flights to SA on Tuesday, we remain on the red list, and travel overseas is virtually impossible.

9. What should I do about my end of year parties/ celebrations?

● The president maintained the limits of numbers of people at gatherings at 750 indoors and 2000 outdoors, but less than 50% of venue capacity.

● I strongly feel that anyone vulnerable should strongly consider the risks before putting themselves in this type of potential superspreader event until more is known about the Omicron strain and its behaviour.

10. How should I protect myself?