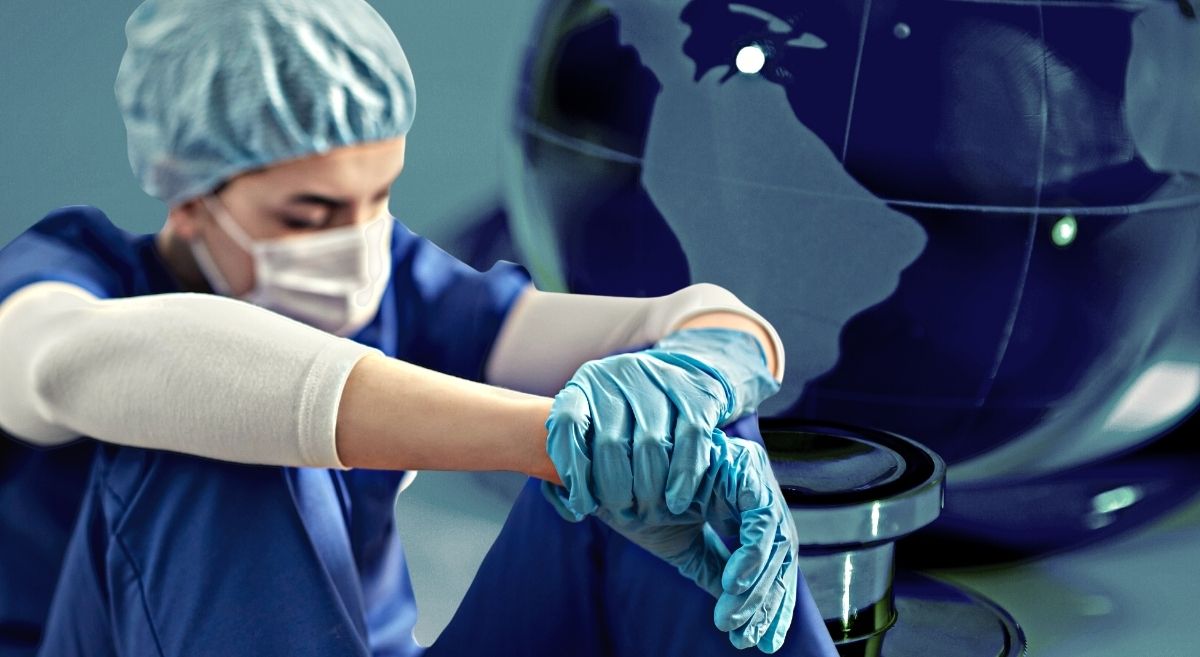 In mid-2021, the SA Medical Association (SAMA), which represents a large network of healthcare workers across South Africa, reiterated its opposition to the National Health Insurance (NHI) scheme that has been proposed by the government. At the time, a shocking 38% of surveyed members confirmed their plans for emigration should NHI be legally implemented. According to the 2021 PPS Graduate Professional Index (GPI) results released last week, of the 3,264 members surveyed, pessimism was most rife among those in the medical profession (15% very pessimistic and 29% somewhat pessimistic). “Depression is also rising and more prevalent in the healthcare profession with more than 50% of respondents; and 66% among the doctors surveyed attribute the significant reasons being long hours, the pandemic, financial strain and being under-resourced.” With the impending institution of NHI hovering over their heads, one worries for the future of healthcare in South Africa. This article first appeared on MedicaBrief.– Nadya Swart

The National Health Insurance (NHI) has led to widespread uncertainty and pessimism among health professionals, with a number of them losing confidence in their futures in the country and seeking opportunities abroad.

A worrying 73% of members of professional financial services company PPS felt that emigration would be the outcome if the NHI is not implemented responsibly, according to a recent survey.

MedicalBrief notes this comes as SA’s second-biggest hospital group by market value, Life Healthcare, warned that the country was already short of 20,000 nurses and 13,000 doctors, urging the government to address the situation before the NHI was implemented.

The sentiments were further cemented by the release of PwC’s ‘Global Workforce Hopes and Fears Survey 2022’ at the World Economic Forum in Davos on Tuesday, which found that healthcare workers were among the highest category of workers globally who were likely to switch jobs in the next 12 months.

Business Tech reports that professional financial services company PPS, which recently published the results of its 2021 Graduate Professional Index (GPI), revealed that generally, highly skilled professionals have declining confidence and uncertainty about their futures, the most pessimistic being the dental and medical professions, with confidence ratings of 58% and 56%, respectively.

The PPS index is based on a survey drawing 3,264 responses from professionals across various industries, including healthcare, financial services, legal and engineering, gauging their overall confidence in their futures in SA, as well as the various push and pull factors influencing this.

The pessimism from the medical health industry stems from plans to implement the NHI scheme.

“An ongoing concern for them is the likely impact of the NHI,” PPS said. “When canvassed in the GPI 2021 survey, their main concern was still focused on policy certainty and ensuring that the NHI remains uncorrupted by the government.” With the PPS NHI survey conducted in 2019 – to which 2,600 members responded – the voice of professionals was mixed.

“There was overwhelming support for the principles of the NHI and recognition that it could help improve the quality and access to healthcare if implemented in a considered and inclusive manner and within the context of policy certainty.

“However, a key concern was the increased tax burden, where nearly 40% of total taxes from individuals include a sizeable portion of professionals. Of PPS’ membership base of 150,000 members, 30,000 are medical professionals,” the group said.

This uncertainty has also led to increased interest in emigration, not only among medical professionals, but among other professionals as well. “Emigration is always a realistic option for the qualified. Each healthcare worker not only represents a skilled worker, but many are also self-employed and pay taxes as individuals, as well as in their business capacity,” the group said.

PPS made a presentation to Parliament this year, showing that 73% of its members felt that emigration would be the outcome if NHI is not implemented responsibly.

Meanwhile, according to a Business Day report, Life Healthcare CEO Peter Wharton-Hood said before the NHI Bill, currently before parliament, is implemented, “the human resources problem needs to be solved, and it needs to be solved fast”.

“Unless you have enough doctors and nurses, and capable managers, hospitals won’t function. The debate around financing is not worth having until the building blocks are in place.”

He added that the government had no obvious plans to reduce the massive shortage of nurses and doctors. “We (private hospitals) are denied the opportunity to train nurses the way we used to. Nurses are not even on the critical skills list,” he told Business Day.

PwC launched its ‘Global Workforce Hopes and Fears Survey 2022’ at the World Economic Forum in Davos on Tuesday, which surveyed more than 52,000 workers in 44 countries. It found that one in five people said they were likely to switch jobs in the next 12 months, and the industries with the highest share of respondents who felt their skills were scarce are technology, media and telecommunications, and healthcare.

“The findings are very clear … you see a significant number of employees concerned about their future employment and their job security,” Bob Moritz, global chairman of PwC, said at the forum.

In South Africa, the healthcare sector is particularly battered and bruised at the moment, with gaping shortages in all areas. Paul Cox, managing director at the Essential Group of Companies including health insurance provider, EssentialMED, has warned that the dwindling nursing skills, in particular, represent a significant threat to the delivery of primary healthcare as well as to the planned NHI. He said the achievement of any semblance of universal health coverage is moot if South Africa does not rapidly address the critical skills shortages and working conditions of nurses, especially those with specialised skills, including midwives.

“The pandemic highlighted the crucial role of nurses in healthcare. However, a combination of factors is stymieing attempts to grow our nursing capabilities and skills; from changes in the nurse training curriculum, limitations of and delays in the accreditation of training facilities, poor working conditions and workplace safety, lack of equipment and resources, low remuneration, the regulatory uncertainty around NHI, to the changing social dynamics, which has seen declining nursing recruits, as well as the significant mental health deterioration that nurses have battled for two years of being on the frontline of the pandemic.”

Equally worrying was that a significant number of experienced nurses were due to retire shortly without the follow-through of new nursing talent in the wings.

While there are some 280,000 nurses in active employment and a further 21, 000 in training, the 2030 Human Resources for Health Strategy projects a shortage of 34,000 nurses in primary healthcare by 2025 if nothing is done to attract more people to the sector.

“Perplexingly, nurses never made it on to the Critical Skills List released by the Department of Home Affairs at the end of February 2022,” he said.