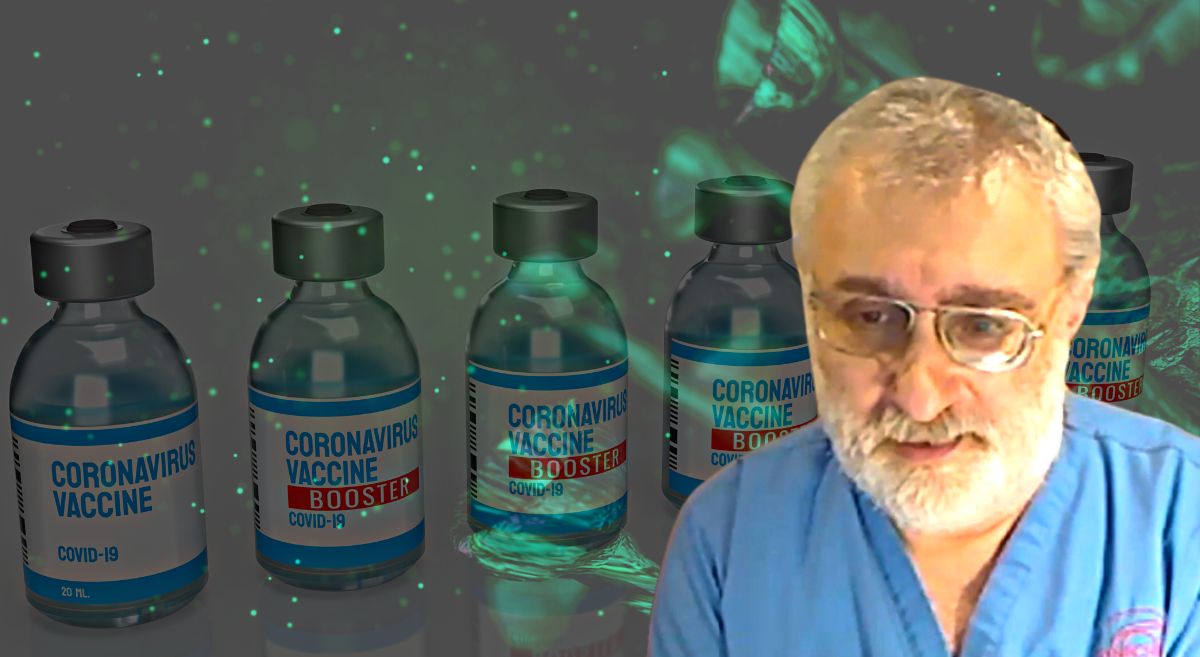 On 31 August, the FDA (United States Food and Drug Administration) announced that they had issued EUAs for BA4/5 bivalent Covid-19 quasi-vaccines (see report below). The EUA (emergency use authorisation) of these boosters signalled great cause for concern as it indicated that the FDA had once again undergone a further relaxing of their safety and efficacy standards. To discuss the FDA’s lowering standards and the apparent absence of pharmacovigilance, BizNews spoke to Dr David Wiseman, a PhD research bioscientist with a background in pharmacy, pharmacology, immunology and experimental pathology. Wiseman, with his extensive skill set and experience, having been one of the top 66 research scientists at Johnson & Johnson, provided clarity on confusing concepts and deep insight into the continued drive towards mass Covid-19 vaccination which he said has “become politicised”. The discussion around immunological addiction relating to the increasingly shortened periods between Covid-19 boosters was both fascinating and gravely concerning. – Nadya Swart

There’s a difference between the word waning in efficacy and let’s call it escape immunity, if that’s the right word. So waning means that even if you had the same variant that’s still around, the immunity against that has waned across time. That’s one problem. The second problem is that if the variant changes, then the vaccine that was made to the original variant may not be active against the new variant. That’s a different concept from waning. So you have waning, where it naturally declines, and then escape, meaning it’s no longer relevant to the new variant.

On the FDA’s increasingly relaxed standards

I would say there are two areas where we can talk about relaxed standards. There’s the sort of legally permitted areas of relaxation. And there’s the ones that are, I think, that have gone even way beyond, way beyond that. So, let’s agree that there was an emergency that existed, we all were looking at the graphs and, you know, the numbers were going up and up and up. And without going into whether that was true or not, I know that people really challenge that, but there was obviously a real concern that we have to do something very quickly. And so it’s not unreasonable for governments to have laws to exist to allow relaxed standards.

So, the legally relaxed standard, as it were, in the United States is that normally a medical product has to pass certain thresholds of safety and efficacy. The FDA has to satisfy itself that the product is safe and efficacious. And they have a whole series of guidelines as to what exactly that means. What kind of studies you do and how long it takes and how many patients and that type of thing.

Now, under the emergency use authorisation provisions, the effective standard – the word effective, that’s a technical term – is relaxed to a ‘may be’ effective standard. And that’s the word that appears in the regulations or the guidelines; that the FDA doesn’t have to satisfy itself that the product is effective. It just has to have reasonable belief that it may be effective. So, that’s a lower level of standard. Now, in terms of safety, again, you know, these are moving targets, always. But there’s sort of a general idea as to what safety means. But in terms of emergency use authorisations, they don’t have to show it to be as safe as they would have done in a normal situation. They have to at least make an argument that the potential known benefits outweigh the potential known risks.

What’s now happened is that those definitions of what exactly ‘may be’ effective is… I mean, how low is ‘may be’ effective? The FDA defined it as [minimum] 50% efficacy with a lower confidence interval of 30%. That’s a measure of margin of error. But now that standard has gone lower and lower and lower, as we’ve seen in the children’s vaccination authorisations in June. We now have mice and other studies being used to support these BA4/5 vaccines.

On boosters and immunological addiction

Well, I use that term, I’m not sure if it’s an official term, but nearly a year ago, I think I gave an interview somewhere where I talked about using boosters to get out of this as [being] the immunological equivalent of heroin addiction. I was trying to come up with a sort of a terminology that encapsulated lots of things. This is a very complicated field. But what we’re seeing is that originally when the boosters were authorised about a year ago, they were authorised with an interval of about six months from the time when the primary series had been given, which was, you know, a three or four week interval, typically. That six month interval has gone down to five months.

And now, what the FDA did, they slipped in under the carpet, which was never discussed at all at previous FDA meetings, that these new variant boosters could be given at as short an interval as two months. The FDA, when asked about this, sort of brushed it off. But that is not a trivial thing. Even the members of the CDC committee said, “What’s going on here? We’re not comfortable about this.” And they were given very evasive, obfuscating answers. But the problem is; to boost very, very frequently could compromise the ability of the immune system to do what we want it to do.

So, the basic premise is that the efficacy is waning and if we boost, then we can sort of get it back again. But you can only flog a dead horse so many times. And so, you run the risk of getting less and less benefit with more and more risk, because you’re given more vaccine doses, each of them comes with its own risks, and we’re trying to boost ourselves out of this situation.

Dr Sarah Long, who’s one of the leading paediatric infectious disease doctors who was on the CDC advisory committee back in January I think it was, when they were authorising the 12 to 15 year old boosting doses (I think it was), said at the time, “We can’t do this. We can’t keep boosting. This is the last Whac-A-Mole, you know, the familiar like, yeah, this is the last Whac-A-Mole. No one seriously thinks this is a good idea. And yet the FDA slipped in that you could get it for two months. The reason why it’s two months is because, even in the CDC figures, by three months the efficacy of these quasi-vaccines is basically statistically indistinguishable from zero.