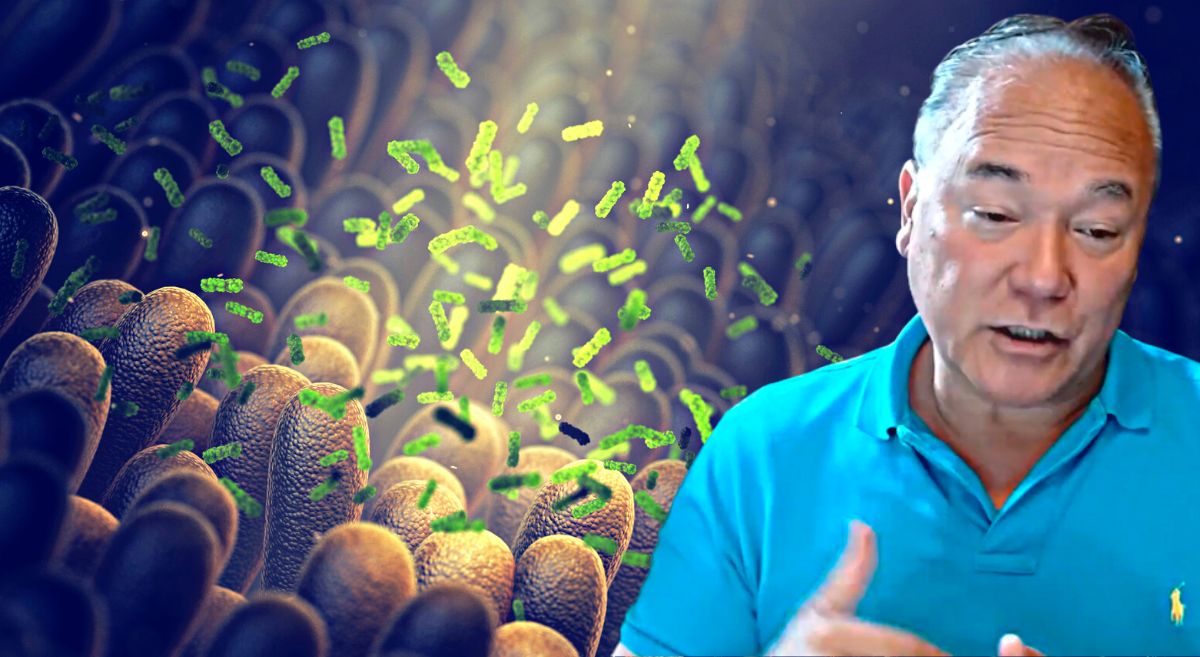 It’s becoming increasingly obvious that gut health is central to overall wellbeing in more comprehensive ways than previously conceivable. Research into the human microbiome is challenging the traditional definitions and treatment methods of virtually all diseases, from depression to coronary disease. BizNews spoke to Dr William Davis, a cardiologist who transformed health by doing the exact opposite of what all dietary guidelines suggested. The New York Times bestselling author and gut health expert delved into the ways in which gut microbes affect human health and how Big Pharma and Big Agribusiness have been so successful at squashing the dissemination of health messages that threaten their interests. – Nadya Swart

I was still looking for better tools. And one of the things I did was reject this idea of cholesterol as a cause for heart disease. That has never had a good basis in science. It’s very flawed, much is misinterpreted. So I went to the next best step, which is what’s called lipoprotein testing, fat carrying proteins, and you’ll see that anybody with coronary disease has huge numbers of small LDL particles. These particles are very unique. They stick around the bloodstream much longer than normal fat caused, large LDL. So small LDL sticks around for about a week at a time. So after one slice of pizza, you get small LDL, thereby cardiovascular risk, for a week. They’re more adherent to the arterial wall, they’re more likely to cause oxidation and inflammation.

I asked, “Well, what foods and what circumstances cause this uniform, almost 100% abnormality in people with coronary disease?” Well, two things. Two things alone. Grains and sugars, period. Not fat. Not saturated fat. Not hydrogenated fat. So I said, “Let’s give it a try”. The conventional answers do not work. They’re useless. So we did it. And lo and behold, people come back with small LDL dropping, say, from 2400 nanomoles per litre pollen count per volume to zero or similar. In other words, obliteration.

But then they said this to me, “Okay, I eliminated wheat and grains and sugars for the small LDL pattern. I’m happy with that. It’s now zero. But you didn’t tell me I’d lose 63 pounds. You didn’t tell me my waist would shrink by eight inches. I’d have to stop my blood pressure and blood sugar medications because they’re now normal.” In other words, I started a complete transformation of health by doing the exact opposite of what all dietary guidelines suggested.

On the modern disrupted human microbiome

We’re surrounded, we’re swimming in a sea of factors that disrupt the human microbiome. And two things have happened because of that. One is we’ve lost very important species of the thousands of species in the human GI tract. So, if we compare ourselves to people in Malawi, we have hundreds of fewer species than they do of the healthy gut microbes, because those healthy microbes like lactobacilli and bifidobacteria species are very susceptible to common antibiotics like penicillin or amoxicillin or clarithromycin.

So we’ve killed them off, we’ve lost them, and those species did things for us. They had effects on mental health, metabolic health, weight, blood sugar, insulin resistance. The other thing that’s happened is when you lose those healthy species, those healthy species competed and suppressed unhealthy, mostly fecal species, stool species.

If you or your listeners took, let’s say, amoxicillin for a urinary tract infection or for an upper chest infection, you likely lost many species, including lactobacillus reuteri. When you restore it, wonderful things happen. It provokes release of the hormone oxytocin from your brain, the hormone of love and empathy. People say, “I love my partner more. I’m closer to him or her. I want the company of other people more. I’m more generous.” My favourite: “I accept the opinions of other people more readily, even if I disagree.”

But the ladies love it because it increases dermal collagen. They get smoother, moister skin, and the wrinkles get reduced, particularly crow’s feet and the frown lines start to disappear. Guys love it because there’s a marked surge in strength and muscle mass. I love it because I’m a chronic insomniac. I now sleep like a baby straight through deep, vivid dreams. There’s also an increase in libido. There’s preservation of bone density. There’s acceleration of healing.

On the major contribution of the human microbiome relating to depression

It’s one of the most exciting things coming out of the microbiome research. So, it’s been known for years that people who fail to respond to the SSRIs, the antidepressants, are different. They have higher markers of inflammation, higher C-reactive protein, higher interleukin 1 beta, higher interleukin 6, higher TNF alpha, tumour necrosis factor alpha, markers for inflammation. And so, of course, the pharmaceutical industry, as corrupt as they are, said, “Let’s give people biologics. It’ll only cost maybe $10,000 to $20,000 a month to block inflammation.”

A German group did this twice. Two studies. So, when you have SIBO (small intestinal bacterial overgrowth), 30 feet of unhealthy stool microbes, they live and die very rapidly. They only live for a few hours. When they die, some of their breakdown products called endotoxin enter the bloodstream. That’s called endotoxemia. And that very crucial finding, finally validated by a French, now Belgian, group in 2007, tells us how microbes in the GI tract, particularly when all thirty feet are occupied, can be experienced in the brain as depression or Alzheimer’s dementia or Parkinson’s disease, or in the skin as rosacea or psoriasis or in the joints muscle as fibromyalgia or rheumatoid arthritis.

And so a German group, based on those observations, took that endotoxin, it’s called lipopolysaccharide endotoxin, they took that [in] minuscule amounts – which is very daring, I’m surprised they got this through the review board, because if you miscalculate, you can kill somebody – and injected microscopic quantities of this breakdown product of stool microbes into the bloodstream of healthy, non-depressed people. They got depressed within 3 hours and on MRI showed all the hallmarks of depression.

So, we now have a lot of the dots connected that yes, depression is inflammatory and at least an important subset of those people have it because of disruption of the intestinal microbiome, and particularly when it’s coupled with endotoxemia. That sounds complicated, but that equation means that we have to redefine virtually all human disease, whether it’s high blood pressure or depression or coronary disease or atrial fibrillation or ulcerative colitis or irritable bowel syndrome or anxiety. Everything has to be reexamined in light of the major contribution of the human microbiome.