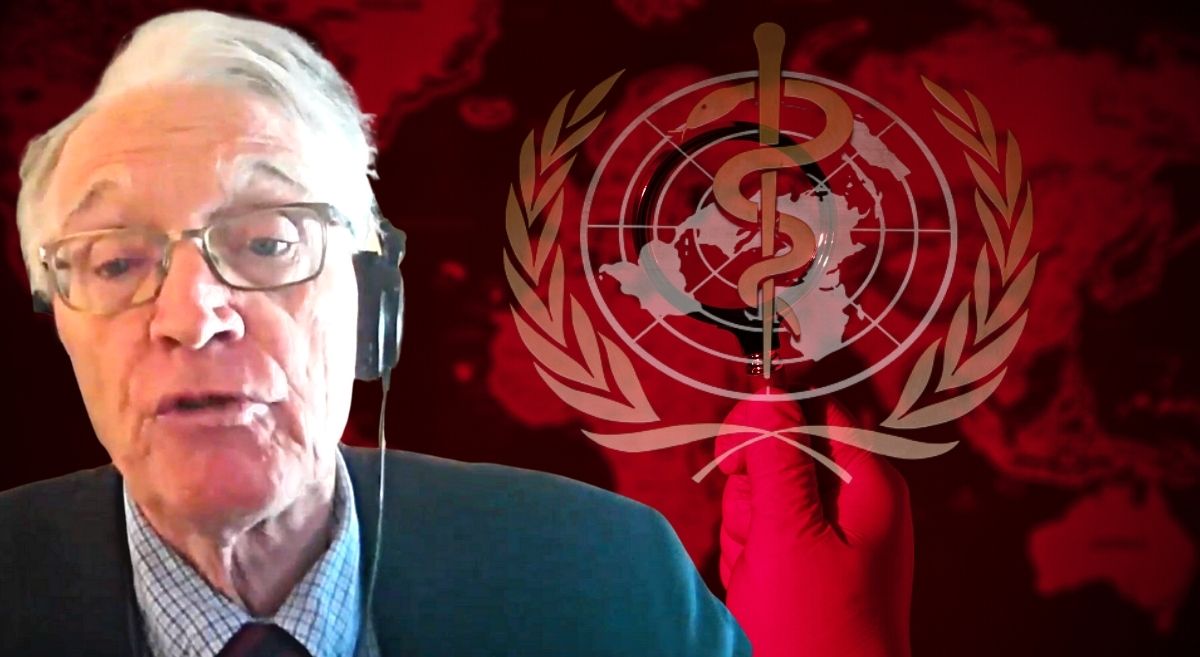 Dr Francis Boyle was one of the first individuals who openly claimed that SARS-CoV-2 is a genetically engineered bioweapon that escaped from a high-level lab in Wuhan. Boyle, a human rights lawyer and professor of international law at the University of Illinois College of Law, has advocated against the development and use of bioweapons for decades and drafted the Biological Weapons Anti-Terrorism Act, which was signed into law by George Bush, Sr. in 1989. President Joe Biden’s recent signing of the Executive Order on Advancing Biotechnology and Biomanufacturing Innovation, the purpose of which is to “develop and work and promote and implement … dual-use research of concern, and research involving potentially pandemic and other high-consequence pathogens.” BizNews spoke to Dr Boyle who explained why the very wording of this Executive Order, which is a blatantly unlawful violation of Boyle’s Bioweapons Act, together with the guidelines contained in the World Health Organisation Pandemic Treaty, basically promises that more man-made pandemics are coming. Boyle’s experience and research into bioweapons is unmatched. One of the revelations discussed in the interview, which hit home, literally, was the role of South Africa in the development of bioweapons – which began with the Apartheid regime’s CIA assisted research, development, and stockpiling of biological warfare weapons and the country’s BSL-4 lab currently continuing with  “reprehensible biological warfare weapons work”. – Nadya Swart

Excerpts from the interview with Dr Francis Boyle

I’ve been working against biological weapons and warfare here in the United States since 1983 and have been monitoring biological warfare, weapons and programs all over the world since then. And having observed the outbreak of the coronavirus in China, based on the characteristics I saw and then researching the matter, I came to the conclusion on January 24, 2020, that what was later called Covid-19 was an offensive biological warfare weapon with gain of function properties that had leaked out of the Wuhan BSL-4 in China.

And I want to make it clear, others have claimed that this was a deliberate sabotage. I’ve looked into that. But right now the evidence I have seen is that it was a leak. Unfortunately, it was a leak. But all these are BSL-4’s, like Wuhan’s BSL-4, leak. You have a BSL-4 there in South Africa. I think you have to be very concerned about it.

I had analysed the new biotechnology order just signed by President Biden and his White House calling for so-called dual use research of concern, which is really offensive biological warfare weapons work and with respect to pandemics. So, it’s clear that they are going to be doing more of this type of offensive biological warfare weapons work. As for the WHO treaty, I have analysed it. It’s 16 pages of totalitarian international legislation.

But let me just read the relevant part here of this WHO treaty, because the Republic of South Africa has to oppose this treaty. I believe you opposed the World Health Assembly regulations. Well, the treaty is even worse. This is what the treaty calls for: “Measures to promote and align international, regional and national action and scientific cooperation, and to accelerate innovative research for novel pathogens and reemerging emerging diseases.” Let me repeat that. “Accelerate innovative research for novel pathogens and emerging reemerging diseases.”

And let me point out, we know for a fact that the Central Intelligence Agency cooperated with the criminal white racist Apartheid regime in South Africa on the research, development, stockpiling of biological warfare weapons, including an ethnic specific biological weapon to be used against black people. That came out in the Truth and Reconciliation hearings under the sponsorship of the late Archbishop Desmond Tutu. So, your so-called scientists, I would say they’re death scientists, have been doing this type of work going back that far and apparently have just continued this type of reprehensible biological warfare weapons work.

I also raised the question, as you know, two variants now of Covid-19 have come out of South Africa, including the recent Omicron BA.5. I asked the question, and you need to investigate: did these two variants come out of your BSL-4? South Africa needs to look into that. I don’t think it was a coincidence. I don’t have the proof, but it certainly stinks to high heaven to me. Why have two of these variants come out of South Africa? You know, I think if you connect the dots, you can draw your own conclusions. But this seriously needs to be investigated by the government of South Africa. And I would say your BSL-4 should definitely be shut down immediately before there is a leak or an accident or a deliberate release.

On the ultime endgame of the development of bioweapons

It’s population reduction. That’s very clear: to reduce the number of people in the world and especially people of colour in the third world. This goes back to the Henry Kissinger infamous national security memorandum that he signed for Nixon, that population control and reduction is a national security objective of the United States government, and it’s been that way ever since then.