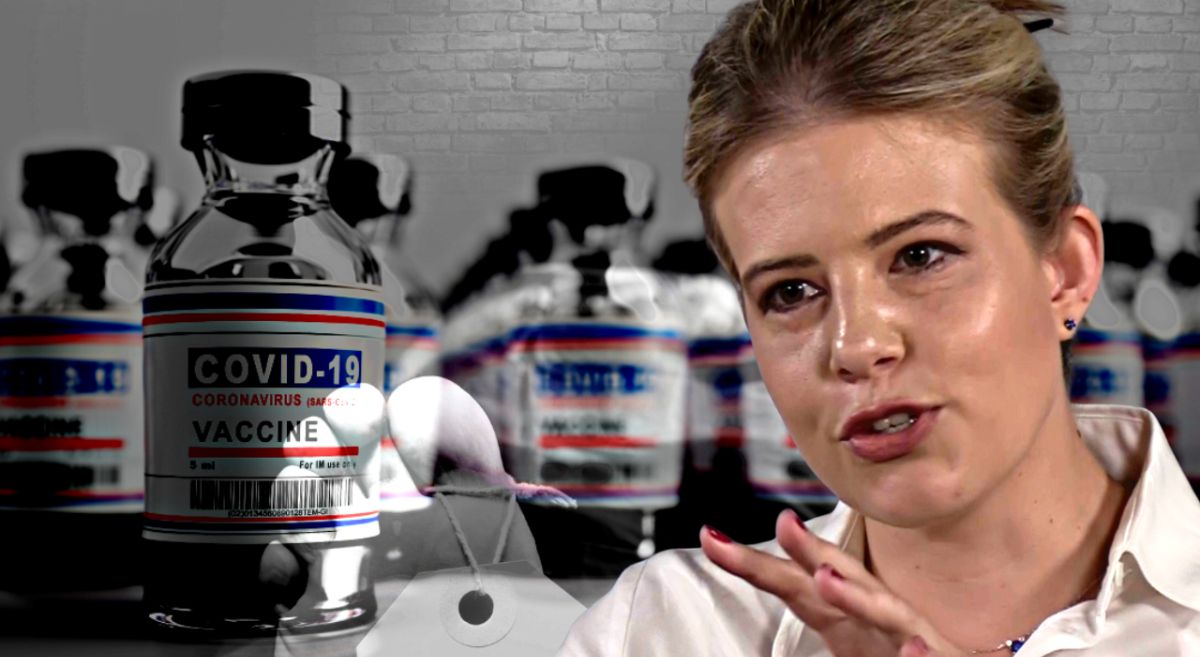 Although evidence is mounting to show mRNA Covid vaccines may have done more harm than good, the popular narrative is so deeply entrenched that it still takes courage to publicly question it. Mindful of the risk she will be labelled a Conspiracy Theorist, Adv Erin Richards wants truth on Covid vaccines to be exposed by the courts. The activist lawyer spent weeks doing research before agreeing to spearhead a High Court action to prove Pfizer jabs given to millions of South Africans were neither “safe” nor “effective” as the nation was continuously told. In this powerful interview with Alec Hogg of BizNews, Richards points to the smoking gun of Pfizer’s own data which, she maintains, reveals those jabbed have a 36% higher chance than the unvaccinated of a serious adverse medical event, especially heart-related. With what she claims is compelling evidence of the long-term damage of mRNA vaccines, Richards wants the court to force SA’s government to revise its approach. Adv Richards has also called on anyone who witnessed skulduggery by officialdom to blow the whistle by emailing [email protected]/[email protected]; those who suffered adverse personal health events after being vaccinated to email [email protected]/[email protected]; and for those whose family members were affected (or died) after getting the vaccine to email [email protected]/[email protected]. – Alec Hogg

Listen to the full interview on Spotify below, and iTunes here.

Excerpts from the interview with Adv Erin Richards

I was approached by a lot of people just after the vaccines were rolled out wanting to take numerous forms of action. My personal view was that strategically at the time, it wasn’t wise because firstly, there was too much uncertainty, it was too novel, there was too much fear. We just simply didn’t have enough data. But I think, at the moment, the emotional intensity has scaled down somewhat. And secondly, we’ve now actually got data. We’ve got the advantage of time that’s given us data that we’ve been able to look at and assess. We’ve got some data from Pfizer, from Moderna. So we actually know what’s going on with these vaccines. And I think that we might need to do some reconsideration of how we are advertising and marketing and distributing these vaccines.

I like to take a sort of restorative approach. I like to take an approach that says rather than just blow things up, do something that’s actually future-oriented, constructive and helpful to people. But I mean, there’s also a lot of need for truth and transparency. There’s a lot of core source data, a lot of contracts that are being hidden with confidentiality claims. So there’s also, you know, a need for more information and more transparency.

On the South African government’s agreement with vaccine manufacturing companies

This is basically the situation that we landed up in: our government signed basically confidentiality agreements and non-disclosure agreements with all these manufacturing companies. And in those documents are also waivers of liability. So, essentially what that means is that if people do die from the vaccine, there’s no recourse against the manufacturers. So there may be recourse against the state, against the government. Our government basically has an injury fund, a vaccine injury fund for employees [which provides] that if you’re an employee and your employer forced you to take it and you have an adverse event, you might be able to be compensated if you can prove your case. But as for the rest of you, sorry for you.

On the evidence she’s come across so far

There are documents, there are paper trails, there are emails, there are speeches. So these are actual facts. What conclusions do you draw from those facts? Well, that’s where the conspiracy theories would say, “Well, it’s clear that this thing was a bioweapon and it was leaked”. I’m kind of saying it’s more possible that this thing was being developed and experimented on and it leaked. That’s my personal view. I don’t think that there were a bunch of evil gremlins sitting around a table deciding to release some lethal pathogen onto the entire global population. But as for whether this is conspiratorial, I have to fight that very notion myself just to have taken this on.

When I was first approached, my immediate reaction was; “Guys, come on, these are vaccines. Vaccines are some of the safest medical interventions we’ve ever had. I’m not an anti-vaxxer. You know, it’s ridiculous. Why would you want to challenge a vaccine?” And then people said to me, “Just read the data and read the research that’s coming out.” And then I looked at that and I sent you four or five articles. I’ve read around 50 or 60 at this point in time. And it seemed to me that there were serious questions around the vaccine. And there also seemed to be some interesting questions around COVID itself. So what I’m doing as a lawyer is; I’m not drawing conclusions at this point, but I’m saying that the facts give rise to some questions. The questions are unanswered.

The people who tried to raise issues and are still trying to raise issues have been subjected to serious attacks. The whistleblowers who have come forward fear either for their lives or for their professional reputations and integrity. I fear the same thing just even talking about this, let alone the kind of social media blowout that it attracts. But I am interested in truth. I believe that truth and transparency precedes any form of justice and accountability. And so that’s actually what I’m doing here. Before I draw conclusions, before I rush off to court and litigate, [I’ll] investigate as much as I can, try and put the piece of the puzzle together, work out what happened and who to sue for what, if anything. So I have not drawn any conclusions. I’m not at that point.